Molyneux back in England squad for Kiwi Ferns semi-final clash 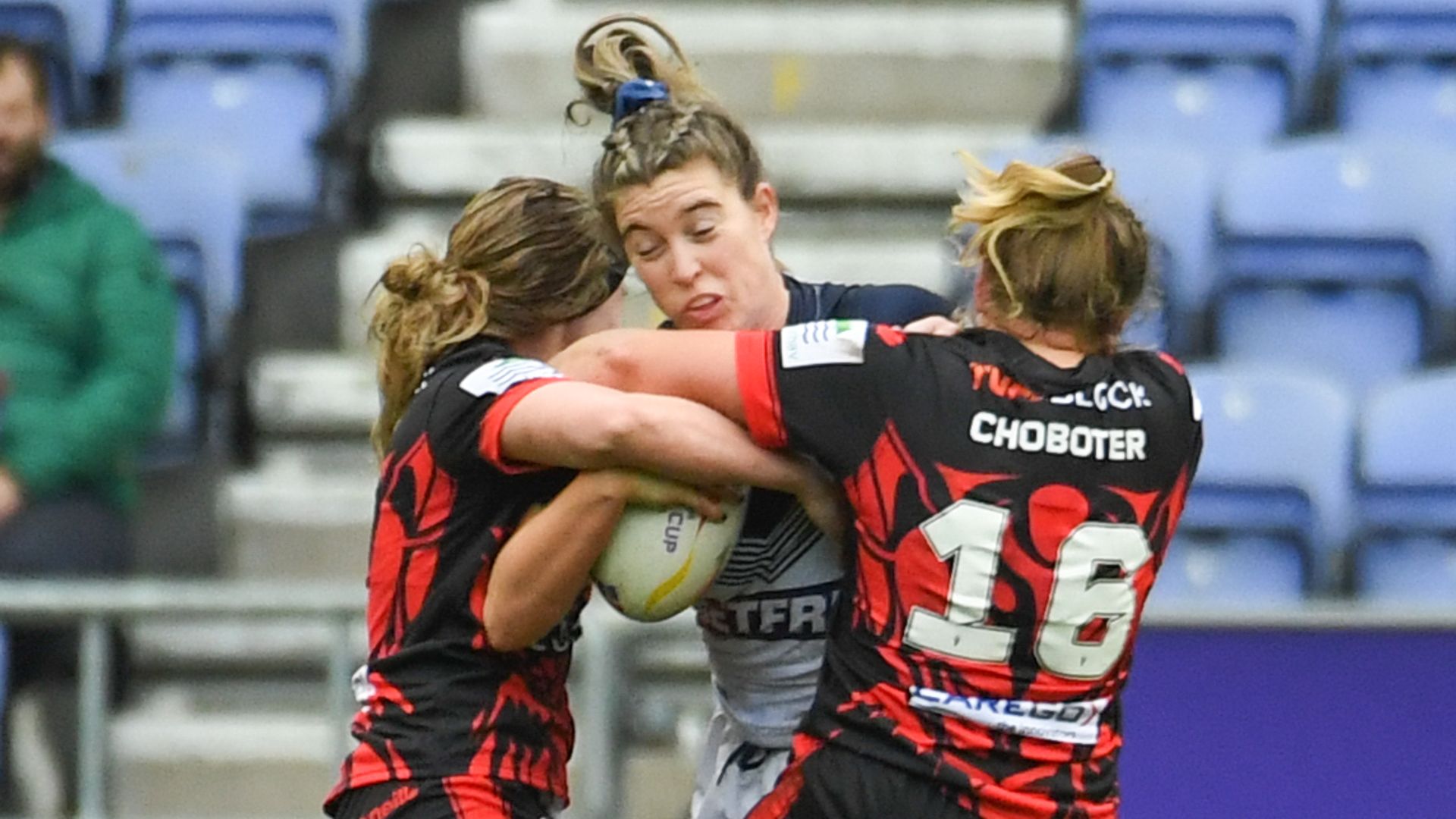 Vicky Molyneux returns to England’s 19-player squad in the only change for their Women’s Rugby League World Cup semi-final against New Zealand.

The Wigan Warriors back row, who made her return to international rugby league in 2021 after a 14-year absence from the England team, replaces three-quarter Carrie Roberts in Craig Richard’s squad.

Molyneux was named player of the match in England’s win over Canada at the DW Stadium in their second match of Group A, but was rested as the team beat Papua New Guinea 42-4 to secure top spot on Wednesday.

“We needed a few questions to be answered and while you never want to be scored against as a coach, we found out the answer about what we do when we go behind,” England head coach Richards said after the win over the Orchids.

“I don’t think we could have gone into the semis against either Australia or New Zealand without something tough, a physical battle and some adversity, and that’s we got.

“We knew it wouldn’t be fancy at times and it wasn’t, and that’s what pleased me the most – the girls sticking together, staying connected and winning the game in a different way to how we won the first two.”

Monday’s opponents New Zealand finished runners-up to Australia in Group B, having been edged out 10-8 by the Jillaroos in their final match of the group stages.

The winners face either holders Australia or Group A runners-up Papua New Guinea in the final at Old Trafford on Saturday, November 19.