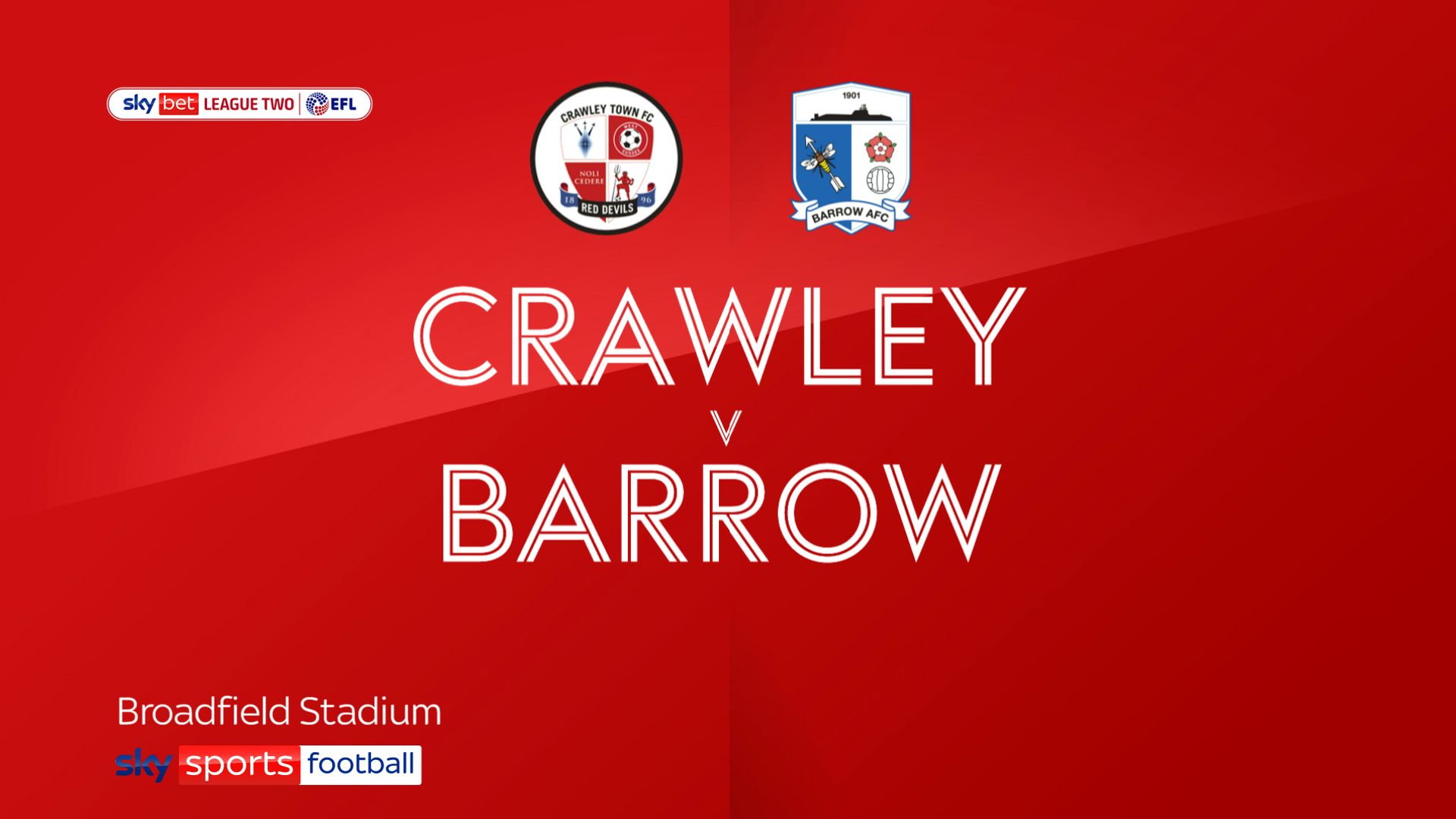 Ashley Nadesan made it five goals in five league games as Crawley earned a 1-0 victory over Barrow.

Young has made no secret of his desire to land the job on a permanent basis, and he went into the clash urging his men to produce “a complete performance” and build on “some fantastic results.”

For the first time since the opening day, the Reds played three strikers and former Carlisle forward Nadesan struck after only six minutes to put his side ahead.

A goal-kick by Ellery Balcombe was kept in play by Nick Tsaroulla, he played in Dom Telford and his low cross was converted at the far post by Nadesan for his sixth of the season.

Keeper Balcombe, on loan from Brentford, denied Barrow an equaliser by turning over Tom White’s goal-bound 25-yard shot just before the half-hour mark.

A slip by Crawley captain George Francomb gave Josh Kay a sight of goal but he shot over from the edge of the area.

The Reds began the second half on the front foot and Tsaroulla had a shot parried by keeper Paul Farman after a fine run before Telford narrowly missed his cross at the far post.

Barrow had an appeal for handball waved away before Billy Waters, who had scored in each of his previous three league games, had a low shot saved by Balcombe.

The Bluebirds pushed keeper Farman upfield in a desperate attempt to force a stoppage-time equaliser, but Crawley held on for a hard-earned victory.