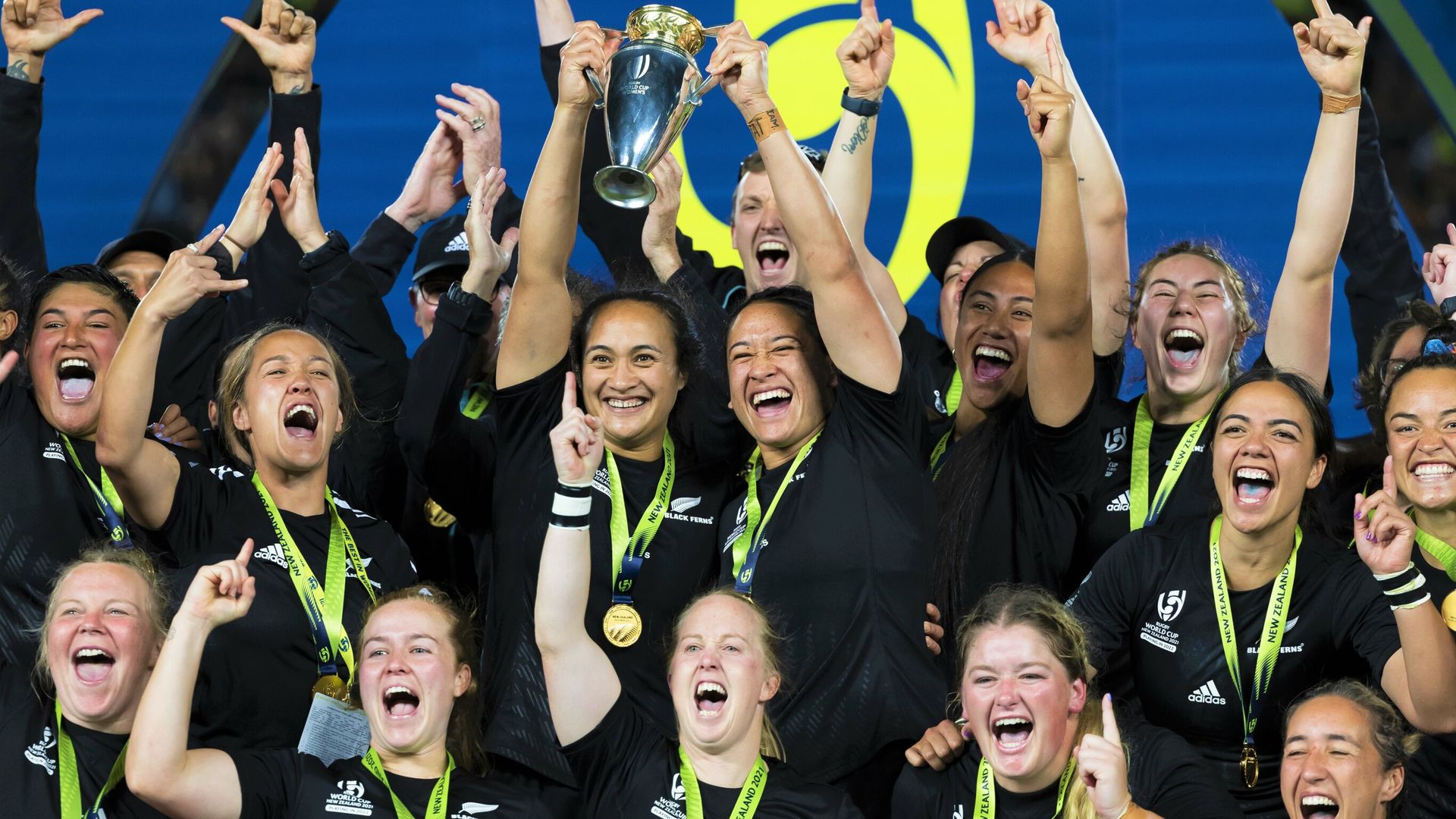 Lydia Thompson sent off in the 18th minute for England after a high tackle on Portia Woodman; Amy Cokayne scored a hat-trick among five tries for the Red Roses; New Zealand are now six-time world champions, while defeat ends England’s 30-match winning streak

New Zealand have won the Rugby World Cup after a dramatic 34-31 victory over England at Eden Park.

England played more than an hour with a player down after Lydia Thompson was sent off for a reckless tackle, although an Amy Cokayne hat-trick and further scores from Marlie Packer and Ellie Kildunne had kept the Red Roses ahead going into the closing minutes.

The Black Ferns trailed for most of the match but moved ahead when Ayesha Leti-I’iga posted a try in the 71st minute in front of a sell-out home crowd, with New Zealand holding on to claim a thrilling victory over the pre-tournament favourites.

New Zealand’s victory is their sixth world title and fifth in a World Cup final over England, while the Red Roses’ narrow defeat ends a record 30-match winning streak for Simon Middleton’s team.

Another World Cup heartbreak for England

England made the dream start with early tries from Kildunne and Cokayne, only to see winger Thompson sent off in the 18th minute for a reckless tackle on New Zealand’s Portia Woodman.

Thompson clattered high into Woodman’s head and left the Black Ferns winger taken off the pitch on a stretcher, with New Zealand immediately taking advantage of the extra player when Georgia Ponsonby went over.

An end-to-end contest saw England score again when Packer benefitted from the rolling maul, only for New Zealand to respond a few minutes later when Leti-I’iga found space to cross in the corner.

Cokayne got her second on 32 minutes and Black Ferns prop Amy Rule reduced the deficit with the final play of a pulsating opening half, before a bursting run from Stacey Fluhler saw her find the corner in the opening minute after the restart.

Krystal Murray put the hosts in front for the first time when she scored on the 50-minute mark, only for Cokayne to complete her hat-trick and regain a slender lead for England shortly afterwards when she surged over from a rolling maul. 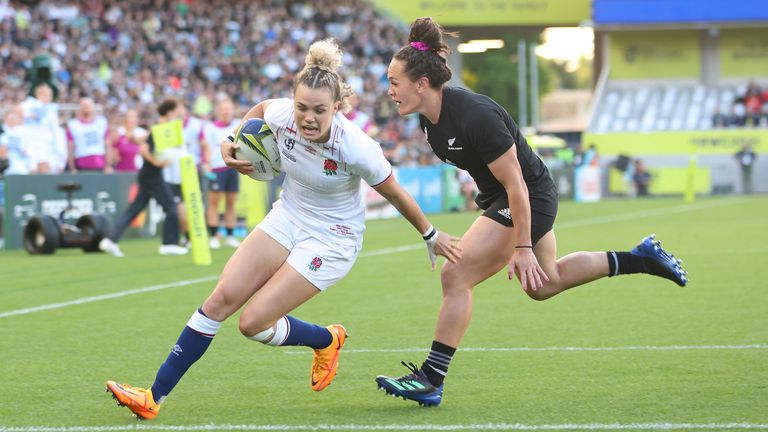 New Zealand were temporarily reduced to 14 players when Kennedy Simon was yellow-carded for a high tackle on Abby Dow, although they moved back ahead when Theresa Fitzpatrick split the English defence with a super kick and Fluhler’s brilliant release allowed Leti-I’iga to score the vital try.

The Red Roses kicked into the corner late on in an attempt to snatch a last-gasp try, rather than going for the points that would have taken the contest to extra-time, but a stolen line-out was kicked into touch and secured New Zealand the big victory.

England captain Sarah Hunter: “I’m gutted. I’m so proud of the team. We came out fighting. We had our backs against the wall for 60 minutes of that game but we never gave up, we kept coming out. 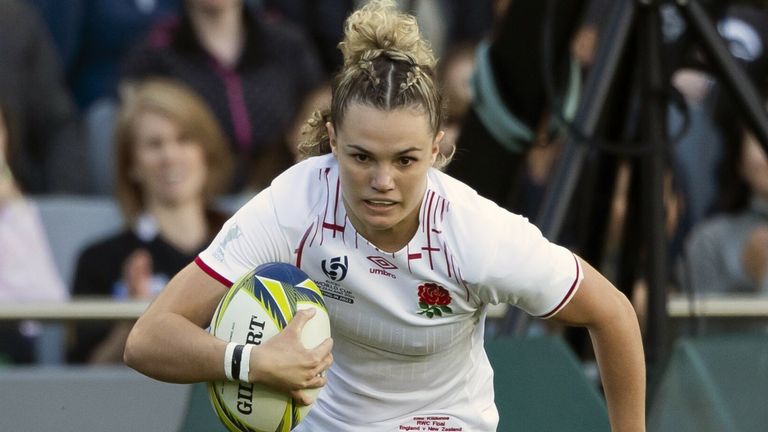 “One result doesn’t define the squad that we are, the people that we are and hopefully what we’ve created. Hopefully back home we’ve inspired the next generation, given them something proud to be part of.

“Sport is cruel, sport doesn’t end the way that you want it to. Unfortunately that was us tonight, but credit to New Zealand. They kept coming, they found a way and go home with the trophy.”

New Zealand captain Ruahei Demant: “I can’t even put it into words. All I can say is thank you – I am so proud of our team!

“It has been really challenging. Most people don’t even know that last year we went on a northern tour and got pumped. The ways the players have turned themselves around – there’s a lot that is unseen.

“We’ve sacrificed so much to get one chance in a lifetime, to win a World Cup at home, and we did it!”

France ran in five tries to thrash Canada 36-0 in the women’s World Cup third-place play-off, securing them the bronze medal for the seventh time in nine editions of the tournament.

“We are so happy about this medal,” centre Gabrielle Vernier said. “It was a very difficult week after last week and we put our hearts on the field, we put everything out there. We had a really good defence throughout the competition, it was our trademark, and I hope we will do better in attack in competitions ahead.”