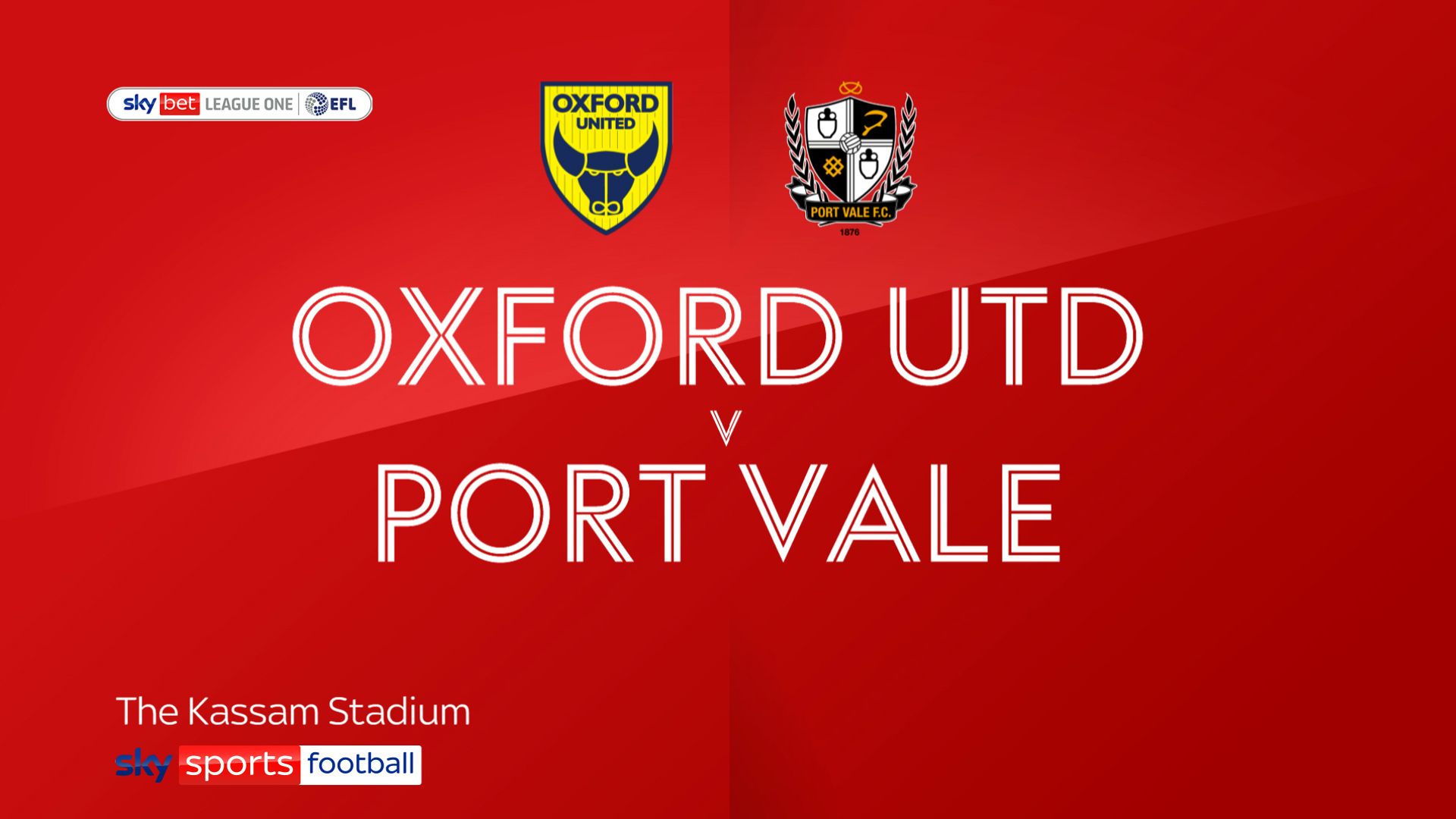 Billy Bodin and Matty Taylor both hit doubles as improving Oxford destroyed Port Vale 4-0 for their biggest win of the season.

The U’s were back to their best as they registered only a third home league win this campaign in extending their recent unbeaten run to five matches.

Bodin opened the scoring on 10 minutes with a clinical first-time finish after Aidan Stone could only parry Marcus McGuane’s blistering drive.

Oxford keeper Simon Eastwood then made a stunning save to deny Vale an equaliser, tipping Ellis Harrison’s far-post header onto the bar, with Mal Benning firing his follow-up effort wide.

A just onside Taylor doubled the lead in the 27th minute, knocking in Marcus Browne’s cross-shot for, remarkably, his first league goal of the campaign.

Harrison headed wide as the Valiants tried to respond at the start of the second half.

But Bodin struck a sweet left-footed shot to make it 3-0 on 63 minutes, and three minutes later Taylor headed in James Henry’s free kick for Oxford’s fourth.