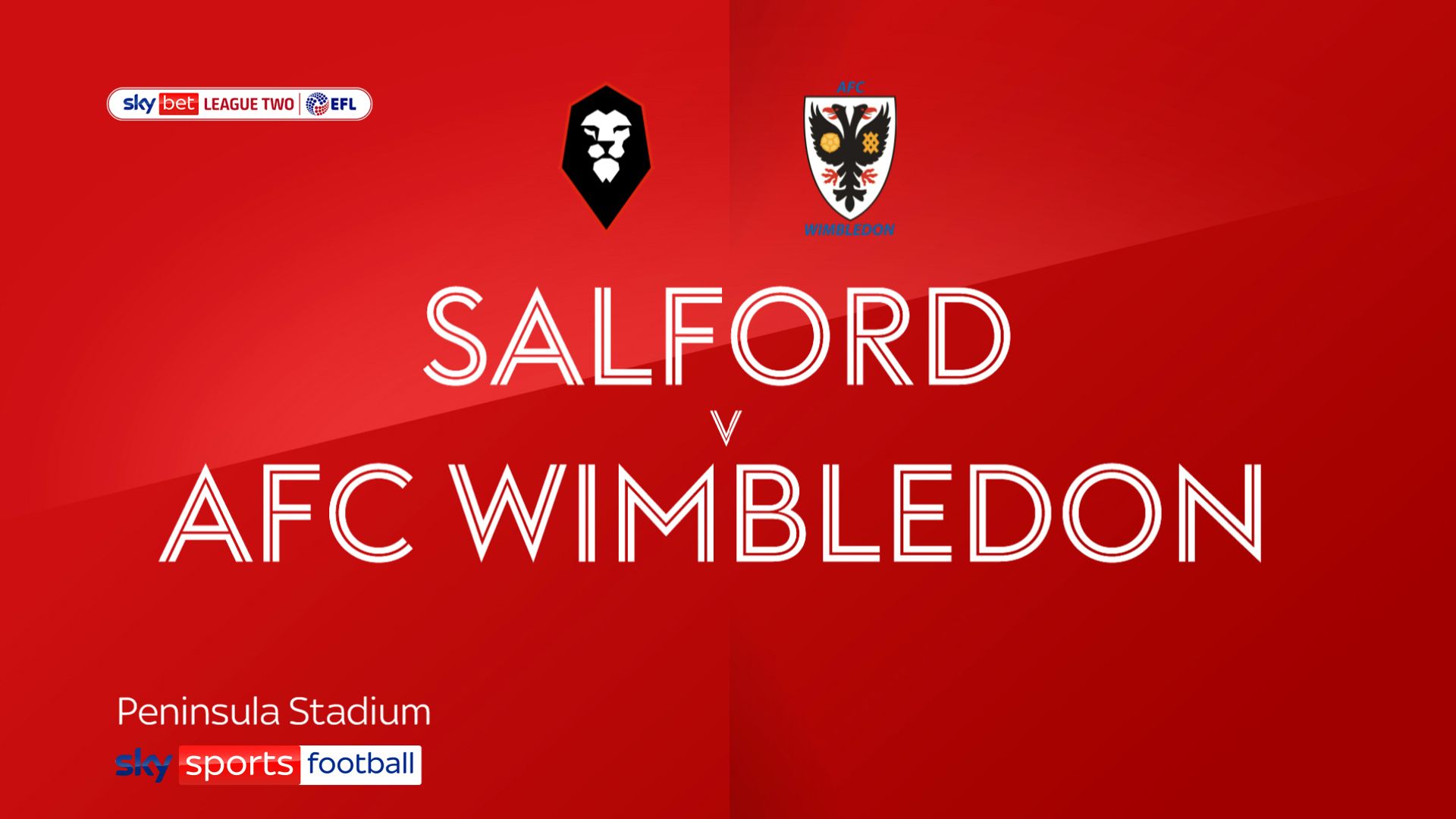 An uninspiring game between Salford and AFC Wimbledon ended in a 0-0 draw.

It was the hosts’ fourth straight game without a goal, while the Dons rarely looked like breaking through either.

The best chance of the first half fell to Salford’s Jack Jenkins, from Ibou Touray’s low ball across the box. With keeper Nikola Tzanev out of position, the defenders on the line closed the gap and Jenkins’ finish crashed against the post.

Just before the break, Wimbledon almost broke the deadlock when Ethan Chislett pounced on a loose ball. Though he neatly rounded King, he could not get his finish from a tight angle on target.

The game continued in the same vein in the second half.

Wimbledon’s best chance of the second half saw Davison’s header gathered by King, despite the post hampering the keeper.

Substitute Matt Smith almost snatched victory for Salford in the dying minutes but Tzanev’s full-length save ensured his side took a point home.