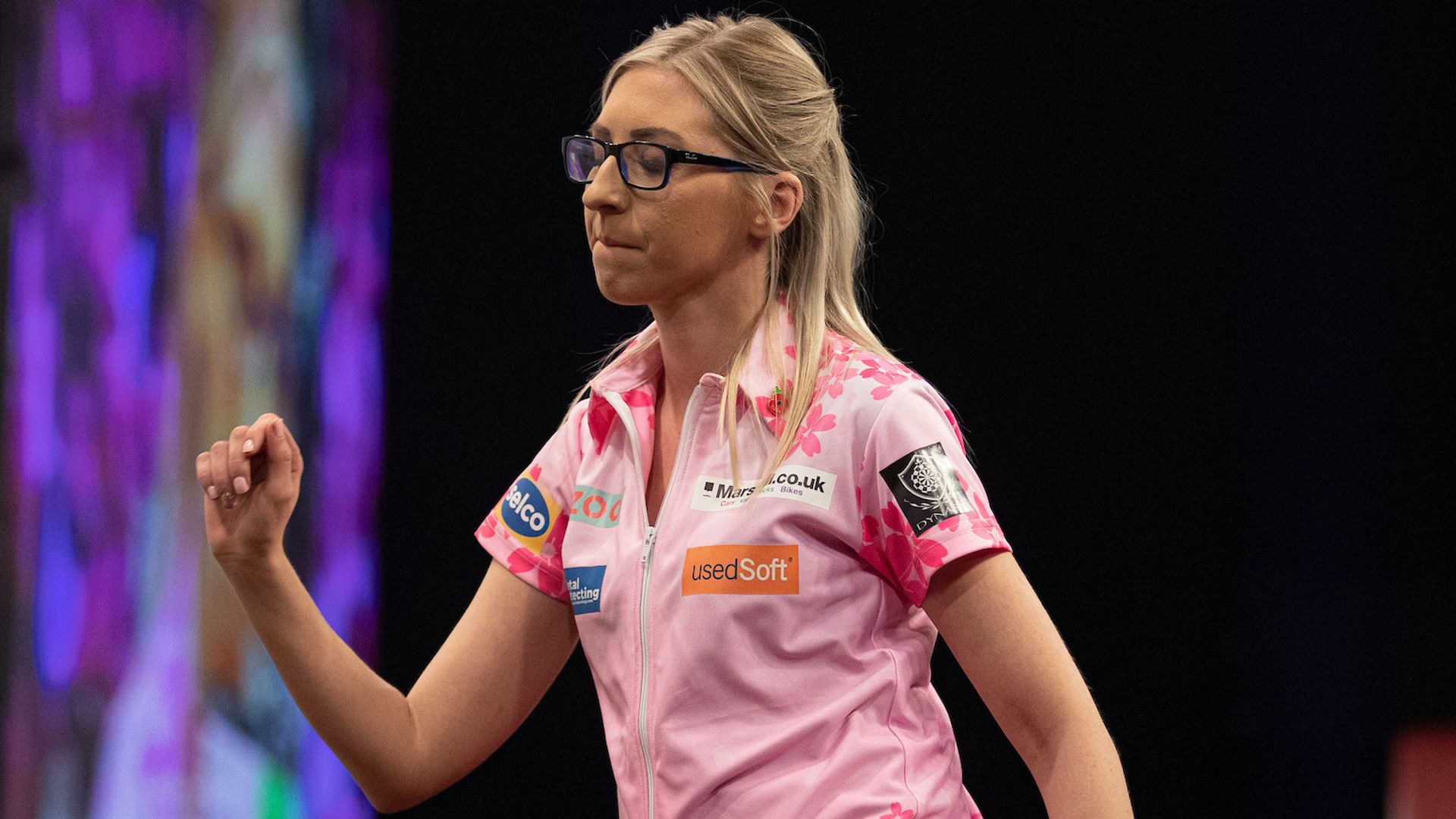 The 16th staging of the Grand Slam of Darts sees star-studded 32-player field competing for a record-breaking £650,000 in prize money and the coveted Eric Bristow Trophy watch the tournament live on Sky Sports every day through to the final on Sunday, November 20 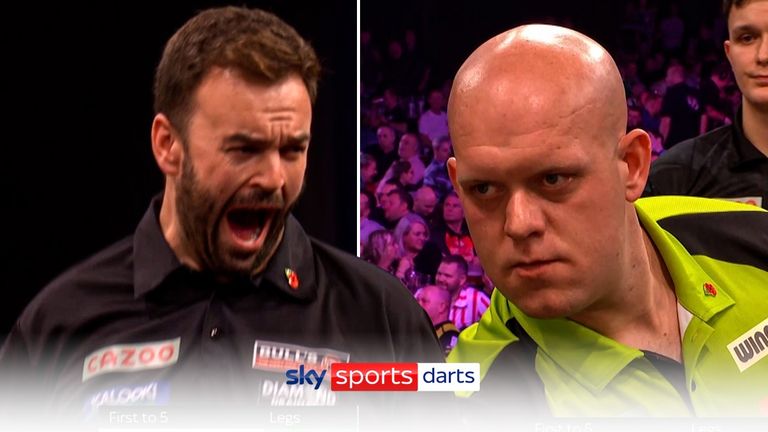 World champion Peter Wright outclassed Fallon Sherrock on the opening day of the Grand Slam of Darts in Wolverhampton as Michael van Gerwen laid down an early marker with a blistering display of arrows.

“It was a good start for me today – Fallon gave me chances and I took them,” said Wright. “I used a new set of darts and I feel really good with them, but they didn’t quite go how I wanted.” 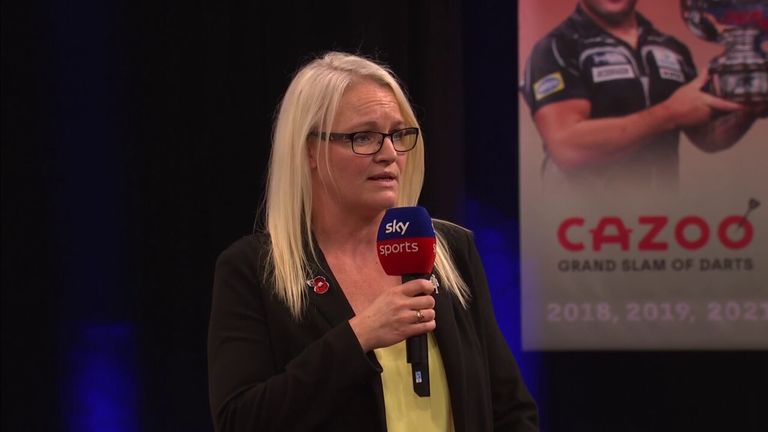 He will next face Alan Soutar in an all-Scottish tussle after ‘Soots’ took out a superb 145 checkout in the deciding leg of his opener against Nathan Aspinall to make a winning Grand Slam debut.

“To get the first win out of the way always gives you a little bit of confidence but there’s still a long way to go,” said Van Gerwen.

“Everyone knows how hard this tournament is to win – it’s been too long since I won this but I feel good and there’s more in the tank.” 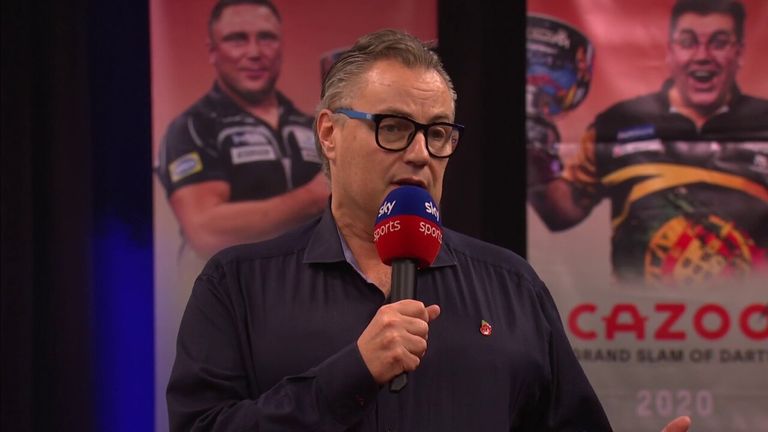 Van Gerwen will now meet Luke Woodhouse in their second Group G contest on Sunday, after the qualifier took out 104 in the deciding leg of his tie with European Champion Ross Smith.

Sixth seed Luke Humphries, a four-time European Tour winner this year, made a confident start to Group H with a 5-2 win over debutant Scott Williams, sealing victory with a 121 finish.

Humphries’ second group match will see him face Ryan Searle on Sunday, following the Somerset ace’s narrow 5-4 win over arguably the most talked about player in darts – Josh Rock. 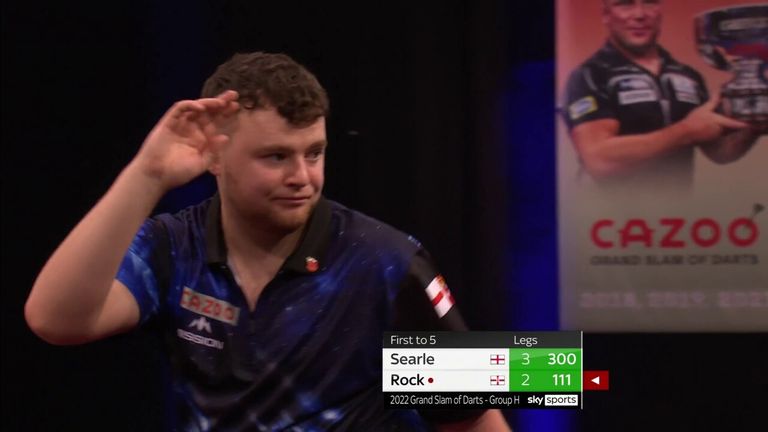 Jonny Clayton provided the only whitewash win of the day, restricting North American Champion Leonard Gates to just one dart at a double in their Group F opener.

Clayton will come up against Jermaine Wattimena in Sunday’s second matches, after the Dutchman produced a fine 5-2 win over World Cup winner Damon Heta.

Raymond van Barneveld – the 2012 champion – managed to get the better of Dave Chisnall in the opening Group A game to complete a hard-fought 5-3 success in a game of missed doubles.

The doyen of Dutch darts will take on world No 1 Gerwyn Price next after the defending champion proved too classy for World Youth Champion Ted Evetts.

‘The Iceman’ who is seeking his fourth title in five years ran out a 5-1 winner with a 101.39 average, hitting four maximums and 42 per cent on his doubles. 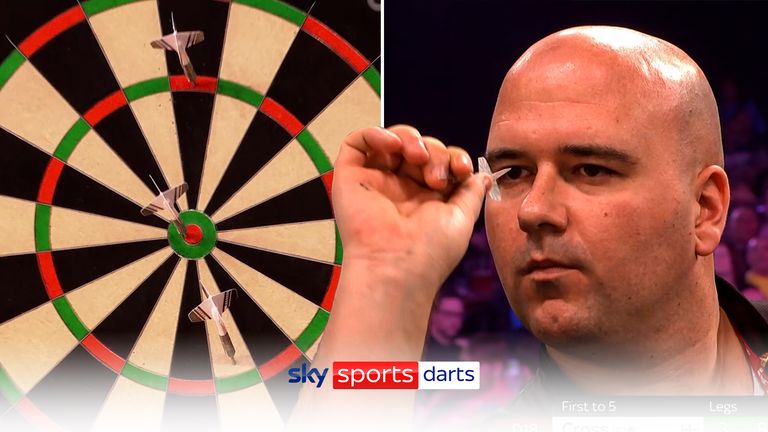 In Group D, Rob Cross reeled off five consecutive legs to defeat Adam Gawlas 5-2, while Dirk van Duijvenbode held off Martin Schindler 5-4, recovering from 4-3 down to seal the win.

The German came close to causing a shock after reeling off a hat-trick of legs, including a 12-darter and pinning D14 for a 133 finish, but ‘Aubergenius’ took out a sensational 127 checkout on the bullseye on his way to victory.

Simon Whitlock is up and running in Group B, averaging 97 on his way to a 5-2 success over Mensur Suljovic with ‘The Wizard’ taking on UK Open champion Danny Noppert next after the Dutchman came through a last-leg decider against Asian Championship winner Christian Perez.

The top two players from each group will progress to the knockout stage of the event, with the last-16 action beginning on Wednesday, November 16 and running through to the semi-finals and final on Sunday, November 20.

Watch the Grand Slam of Darts at Aldersley Leisure Village in Wolverhampton all the way through until the final on November 20 – with every session live on Sky Sports & don’t forget the World Championship is coming from December 14 until January 2.