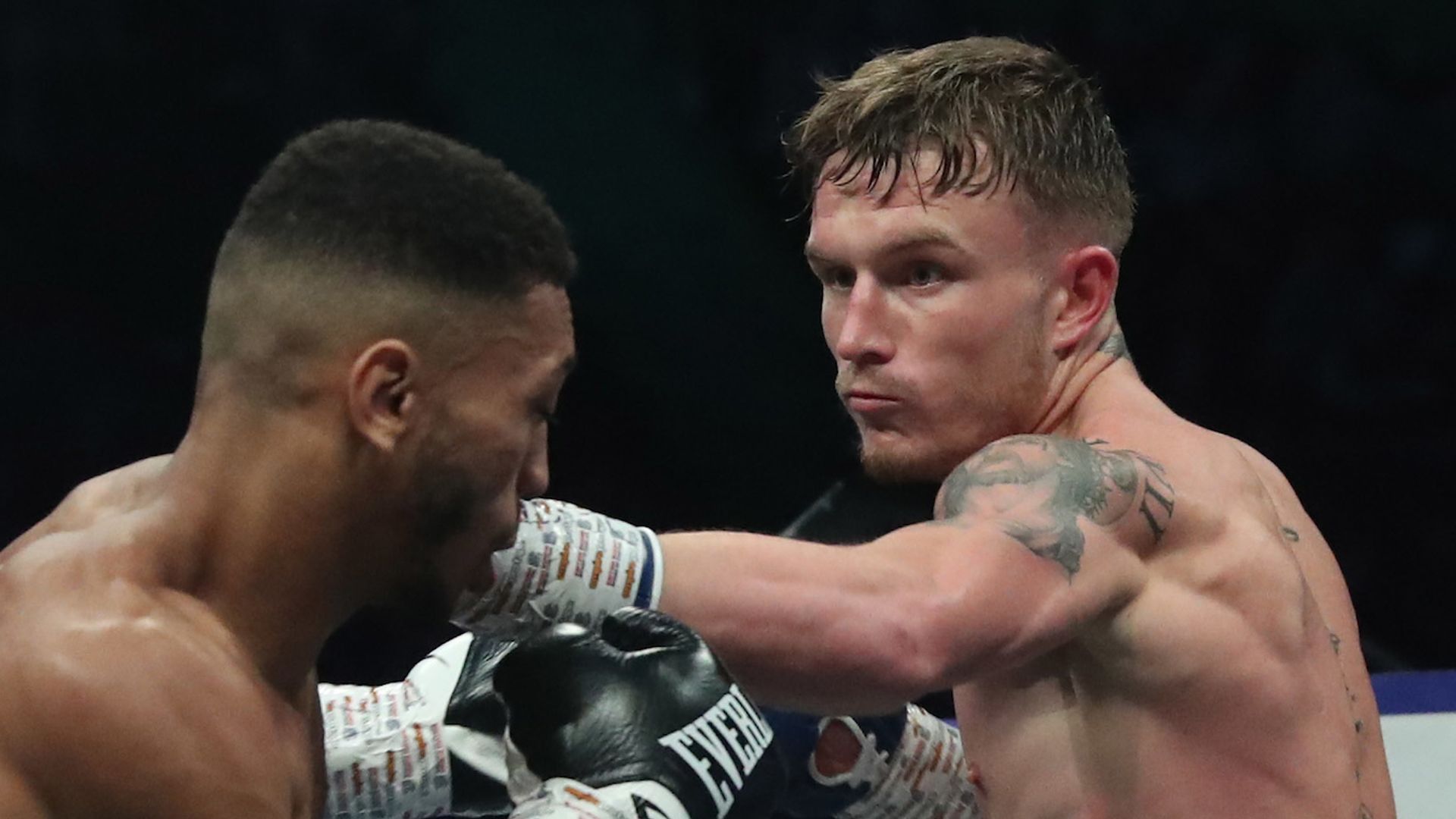 Dalton Smith retained the British super-lightweight title with a unanimous decision victory over Kaisee Benjamin at the AO Arena in Manchester on Saturday.

But it was never easy for him. Birmingham’s Kaisee Benjamin proved to be a determined challenged.

As Dalton Smith began with calm measure to his boxing, his challenger also had no wish to make a mistake. He tripled his jab, darted in but made sure to rapidly back away when Smith launched his right. 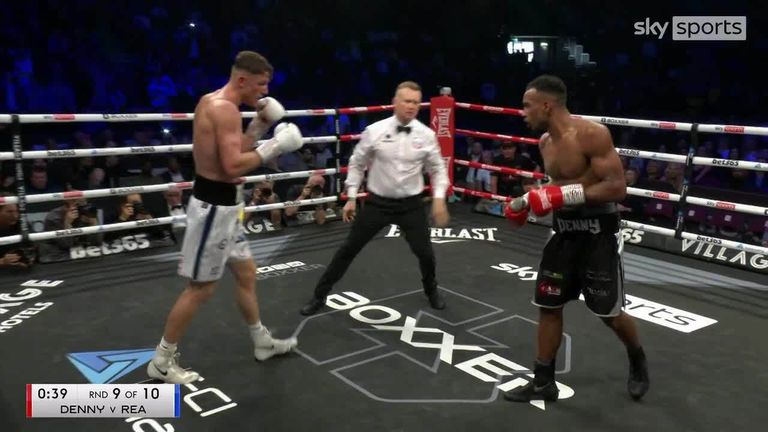 With good reason, Smith caught him with a right and sudden left hook in the second. The crowd could sense they were hurtful punches.

They boxed with respect for each other but began to open up more in the fourth round, with Benjamin pinning Smith on the ropes as the champion defended himself with elbows tucked in tight.

Benjamin would come after the Sheffield man as Smith moved away on the back foot. But the champion began to clip him with neat two-punch combinations. His left hook set up a firm right, a jab teed up a long uppercut.

Benjamin lunged in with a long right clipping Smith high on the head. Smith soon restored his composure, even though Benjamin continued to give him plenty to ponder.

As the bout progressed Birmingham’s Benjamin continued to throw dangerous right crosses, a particularly good one caught Smith flush on the chin in the eighth round.

In the 10th though Smith began to lay down markers of his authority, planting a right on Benjamin and sweeping left hooks in.

He made sure of a strong finish to the fight, even if he did not quite find the decisive breakthrough he was looking for.

Kamil Sokolowski is a grizzled heavyweight veteran. He’s fought some of the hardest punchers in the division and is always ready to spring an upset on an unwary prospect.

But Frazer Clarke knew well that he was facing the first test of his professional career. In the first round as Sokolowski bustled forward, Clark, an Olympic bronze medallist, snuck neat hooks into his body.

Clarke tamed the oncoming Pole with jabbing and brought in heavier hits with his backhand right.

Sokolowski still found moments to catch Clarke out with straight shots through the middle, occasional warnings that the big Burton man had to be alert to.

Clarke finished combinations with his left hook and began to ask questions of Sokolowski’s chin.

It was an accidental clash of heads that cut Sokolowski on his cheeks but by the end of their six rounder he was feeling the weight of Clarke’s attacks as the Burton man worked in his heavy right and made sure of a 60-54 victory.

Sokolowski is known for his toughness and completing six full rounds, after a sequence of three quick wins, is exactly what Clarke needed.

Hugely popular with his local fans in the arena, Bradley Rea responded to their cheers as he waited to challenge Tyler Denny for the English middleweight title. If Rea was expecting a war, Denny delivered all that and more in a tremendous fight.

Much shorter, Denny made light of Rea’s advantage in range and closed him down. He smacked his southpaw left over the Mancunian’s guard and jolted him heavily. On the inside Denny unleashed hooks into the body, flying round Rea’s defences with those hits.

But in the ninth round a huge left uppercut cleaved into Denny’s body and all of a sudden he half-crouched in pain. Rea charged after him and the referee took a point off the Midlander for holding.

“I thought I was winning every round and then he caught me with that,” Denny admitted afterwards. “It was a gamechanger.”

In the 10th round Denny still had to hang in there. But he moved off, jabbing occasionally but ultimately he clever to focus solely on survival. He made it to the final bell and defended his English title on a unanimous decision, 95-94 twice and 97-92. Viddal Riley dispatched Ross McGuigan with a ruthless third-round knockout, clubbing a heavy right to the side of the Peckham man’s head to drop him onto the seat of his shorts.

Riley had handled McGuigan from the start. He was too sharp for him, countering with stern back hand rights and punishing him for his low hands and any awkward movements. By the third he was looking for the Londoner with big uppercuts, only to set up the finishing blow at 2-37 of the round. 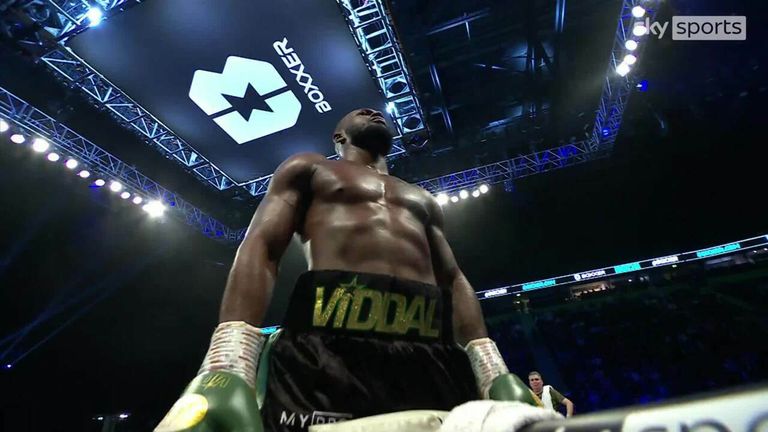 Dylan Cheema, the BOXXER Series winner, had drummers on either side of him for his signature ring entrance. Once the action got under way he started breaking through Jordan Ellison defences with clusters of punches.

But the bout went off script. Ellison, a journeyman, handed Coventry’s Cheema a wake-up call with a shuddering left hook in the third round and attacked with gusto. While it looked like Cheema rallied in the fourth and final round, referee Steve Gray awarded Ellison a 39-38 upset win after a run of 11 consecutive defeats.

Sharp southpaw Clark Smith, training partner for the main event’s Natasha Jonas, dealt out crisp punches against Dale Arrowsmith, screwing hurtful shots into the Stockport man’s body as he took a 40-36 win in his home city after four rounds.

Oldham’s Jack Kilgannon began the evening with a minor slugfest against Meshack Mwankemwa, battling through to take a 58-56 decision after six rounds.