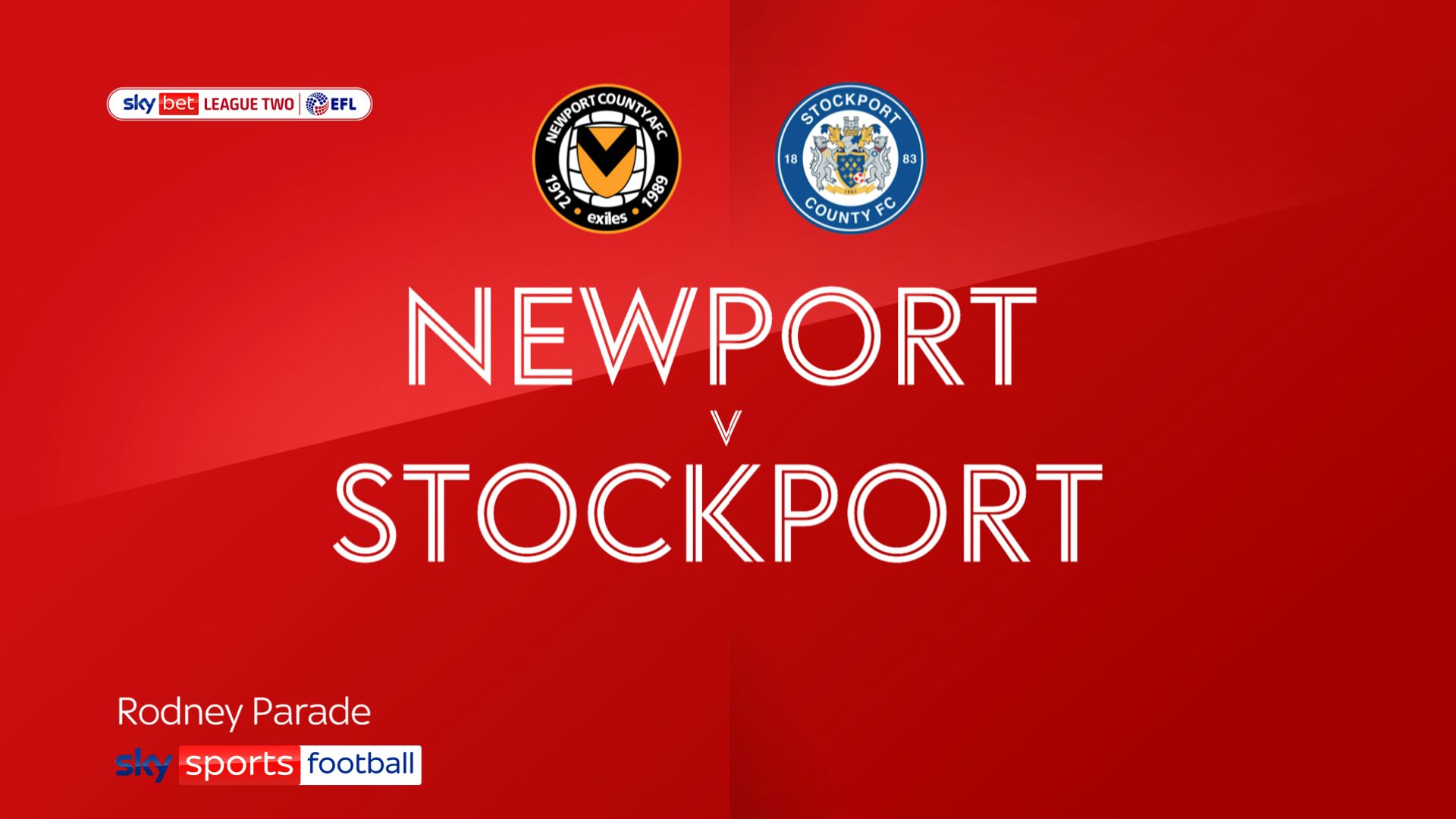 Stockport fought back from a goal down to win 2-1 at Newport to maintain their recent revival and end Graham Coughlan’s unbeaten league record as Exiles boss.

Aaron Lewis put the hosts ahead against the run of play on the stroke of half-time after a first 45 minutes dominated by the visitors.

The left wing-back poked home from close range after a bustling run into the box from striker Omar Bogle.

Stockport, who have now won six of their last seven games, were deservedly level on 54 minutes.

Newport goalkeeper Joe Day was beaten all ends up by a free-kick from Chris Hussey that looked to be a cross from the right flank.

And Dave Challinor’s men secured all three points when Paddy Madden, the League Two player of the month for October, continued his excellent form with a tap-in from close range from Macauley Southam-Hales’ cross 16 minutes from time.

Madden saw a header tipped onto the bar late on as Stockport pushed for a third goal.