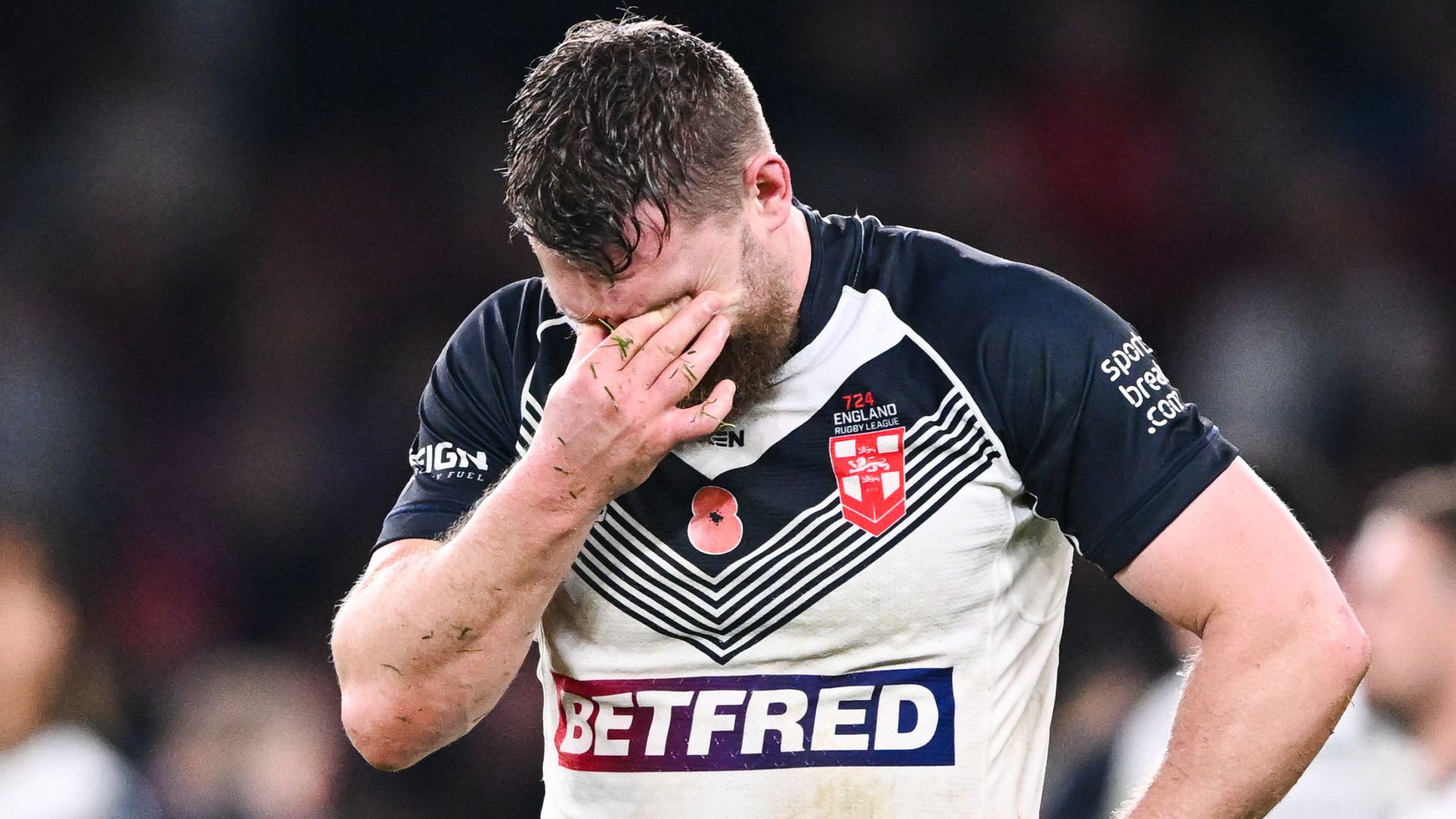 Host nation England bowed out of the Rugby League World Cup after a 27-26 golden-point extra-time defeat to Samoa in the semi-finals; Samoa now face Australia in the final at Old Trafford on Saturday, November 19

By Marc Bazeley at the Emirates Stadium

Shaun Wane was left to rue a lack of composure from England after the host nation fell victim to a stunning Rugby League World Cup upset at the hands of Samoa.

The host nation bowed out of the tournament at the semi-final stage with a 27-26 defeat to the Samoans in a pulsating clash which was decided by a drop goal from Stephen Crichton in golden-point extra time.

England had trailed 20-12 in the second half before hauling their way back into the contest and needed a late converted try from Herbie Farnworth to send the match in front of over 40,000 fans at the Emirates Stadium to extra-time.

But it was Samoa who prevailed thanks to Crichton’s one-pointer three minutes into the extra period and England head coach Wane sought no excuses after the defeat which ended the team’s hopes of bringing the Paul Barriere Trophy back to these shores for the first time in 50 years.

“Not good enough – they were the better team,” Wane said. “All credit to our players, what we’ve done in this tournament has been outstanding, but we’ve not done the small details in this game and it has cost us dearly.

“They had better composure; they were the best team. I’ll have a look at what I’ve done this week, but it just wasn’t good enough on the biggest stage you could imagine.

“The players are absolutely devastated, as is every member of staff, but to make any excuses would be unfair to Samoa – they were better than us today.”

England captain Sam Tomkins echoed Wane’s sentiments and while he felt the effort was there from the team, they were let down by their execution in key moments of the game.

“There was a lot of effort today and I feel like that was an example of effort alone not being enough,” Tomkins said. “We’ll get into the reasons why another day.

“We’ll just be talking about the errors we made and put ourselves under pressure. We played a very good Samoa side and a team like that, you can’t give opportunities to, and I felt like we did that with an without the ball.

“They’ve got some good players who are going to get you in the end. There is a lot of disappointed men in that room and that disappointment won’t go quickly.”

Wane is contracted as England head coach beyond this World Cup and will hope to lead them at the next global gathering in France in three years’ time.

He vowed lessons will be learnt from this defeat to ensure they do not fall short again at the 2025 tournament.

“We needed a bit more composure, we need to do things which worked for us more consistently and we went away from that,” Wane said.

“That’s down to me and the staff on how we compiled our week this week, so the first people we look at is ourselves. We’ve got an honest group of players, and we will get in this position again and we will be better next time.”

Matt Parish was full of praise for Samoa as they made history by reaching a World Cup final for the first time in their history.

Samoa became only the sixth team to reach the tournament decider since the first edition in 1954 and must now overcome reigning champions and 11-time winners Australia at Old Trafford next Saturday if they are to make even more history.

They had been written off in many quarters after going down 60-6 to England in the opening game of the tournament, but have steadily improved since then and head Parish hailed what his side have achieved so far.

“It’s an unbelievable effort from these guys,” Parish said. “Things have gone against us; five guys have gone home [due to injury], we’re down to the bare bones, but these guys keep turning up for each other.

“People had plenty to say after four weeks ago about going on planes home, but the pride, belief and the passion in this group is just phenomenal.

“To put Samoa, a tiny little dot in the Pacific [into a World Cup final], it’s just incredible.”

Luai is relishing that prospect, but knows he and his team-mates cannot afford to go away from the basics which have served them so well up to this point.

“What we need to focus on is the same thing we have done every week,” Luai said. “We’ve got a great team with a lot of talent in our side, but it’s footy.

“It’s a simple game and if you’re not completing high, it’s going to be pretty tough to win games, so that’s what our main focus is with every game and will need to be again this week.

“Belief got us this far and not many people did believe in us, but within our group there is plenty of that. We’re always going to believe we can shake the comp up and we’re here now – so why not win the Cup?”