West Ham booed off as Maddison scores in Leicester win 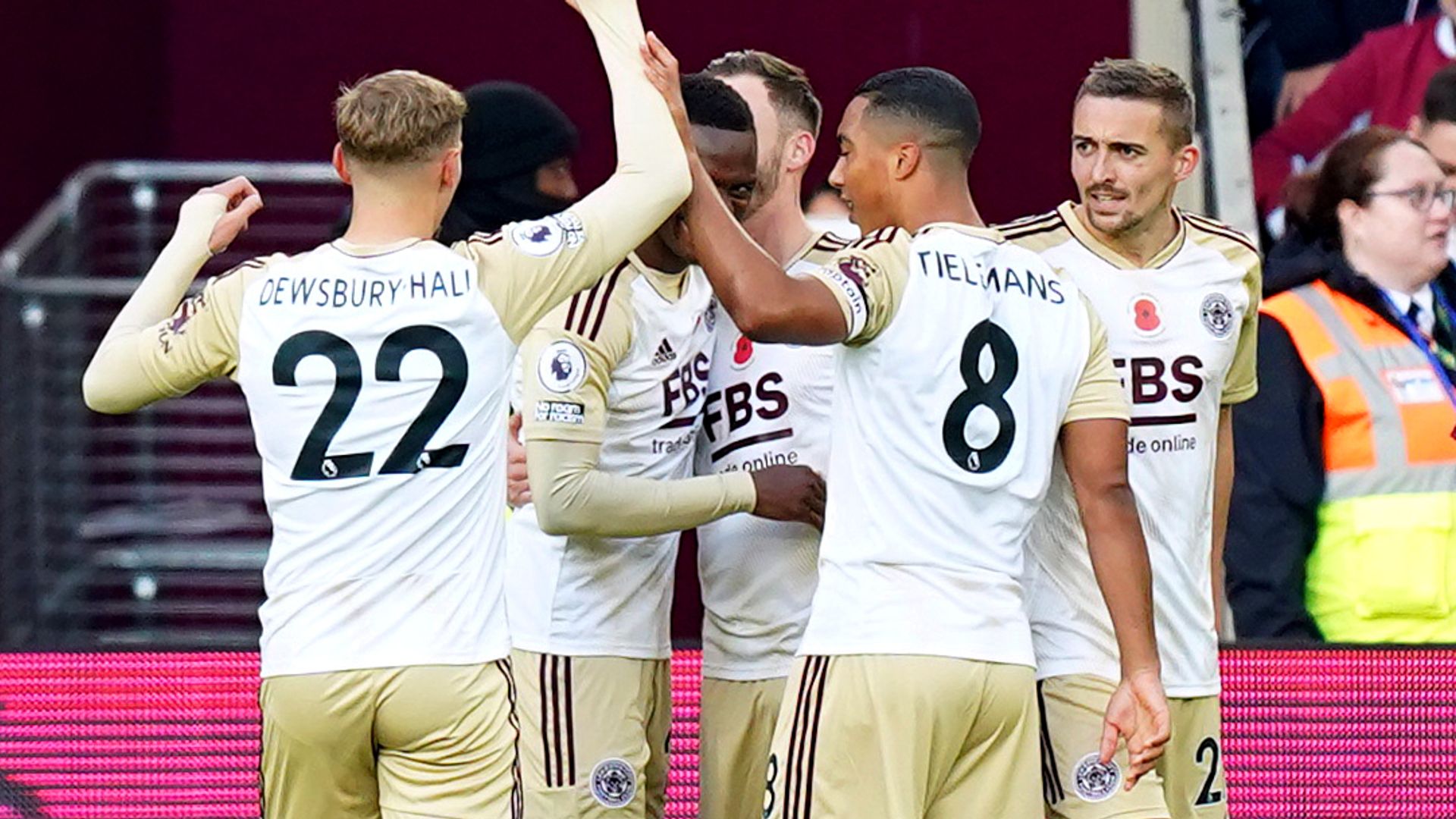 James Maddison scored his seventh Premier League goal of the season, but was taken off injured as Leicester beat West Ham 2-0, with the Hammers booed off at full-time.

Maddison, who was named in Gareth Southgate’s 26-man squad for the 2022 World Cup on Thursday, fired home inside eight minutes to mark his call-up in style.

But 17 minutes later, Maddison went down clutching his lower leg. After being seen by the medical team, he walked off without appearing to limp and later took his place in the Leicester dugout, not seeming too concerned by his knock.

After the game, Brendan Rodgers said of Maddison’s knock: “He’s fine, just precautionary really. A little bit of soreness on the side of his knee. He hasn’t trained a lot this week after the Everton game. He’s ok.”

However, any injury worry will not be welcome by England or Southgate, again highlighting the pitfalls of playing a World Cup – which starts on Sunday November 20 – in the middle of a domestic season.

22: James Maddison is down and it’s Leicester’s medical team who are on now. Declan Rice is over to chat to his England team-mate, who looks to have an issue with his knee.

24: Maddison is walking off and that’s his afternoon over – let’s hope it’s a knock and nothing more serious with eight days to go until the World Cup.

25: Dennis Praet comes on for Maddison.

Back on the pitch, West Ham will feel they should have come away with at least a point, dominating the shot count with 18 to Leicester’s nine. Tomas Soucek had the ball in the back of the net in the first half, but it was ruled out for offside.

Lukasz Fabianski also made a sensational save from Youri Tielemans’ penalty – given after a clumsy Craig Dawson challenge on Patson Daka – but Harvey Barnes (78) made sure of the points late on after a superb run from Ayoze Perez.

The win sends Leicester into 12th with 17 points from their opening 15 games, which will be a welcome sight after a difficult start. West Ham were booed by their fans at the full-time whistle and drop a place into 16th spot, now losing four of their last five Premier League games.

It took just eight minutes for Leicester to find the net at the London Stadium. Barnes picked out the space for Kiernan Dewsbury-Hall to run in to, with his cross through the area helped on by Patson Daka. Maddison was then unmarked towards the back post, firing the ball into the top of the net.

Leicester could have added a second in the 21st minute. It was a superb solo run from Daniel Amartey before sending a fizzing effort goalwards, but Fabianski’s acrobatic save flicked the ball behind for a corner.

After Maddison’s departure, West Ham began to rack up the chances. Said Benrahma saw his shot from close range stopped by Danny Ward, before Lucas Paqueta missed a string of chances.

West Ham thought they had equalised just after half an hour. Jarrod Bowen was played through before cutting the ball back for Soucek to hammer home. However, Bowen was yards offside and the linesman’s flag was correctly raised.

Leicester were awarded a penalty shortly before the break after Dawson’s clumsy foul on Daka inside the area. West Ham continued to play for a few minutes, with the referee consulting the pitchside monitor once play was halted.

He soon awarded Leicester the penalty, but Tielemans’ driven effort was brilliantly saved by Fabianski.

But Fabianski was largely a spectator for the second half as West Ham continued to probe for the equaliser. They went close in the 65th minute after a swift counter.

Declan Rice strode through the midfield before picking out Paqueta down the right wing. His fizzing ball through the area only needed a touch, but Gianluca Scamacca could not quite get there.

Not long after and Leicester made sure of the points. Second-half substitute Perez drove through the middle before picking out Barnes in behind, who finished first time, sending the ball underneath Fabianski.

Player of the match – Harvey Barnes

While Maddison has taken many of the recent headlines, Barnes has also been having a brilliant season so far. He added another goal to his tally after also scoring a late second against Everton last weekend and topped the Leicester team for shots (2), total dribbles (4) and won half of his eight aerial duels.

Player of the match: Harvey Barnes.

West Ham visit Arsenal on Boxing Day at 8pm after the World Cup break while Leicester host Newcastle on the same day at 3pm.