Burnley ensured they went into the World Cup break top of the Sky Bet Championship after a statement 3-0 win over Blackburn in the East Lancashire derby.

It took until the second half for Vincent Kompany’s men to break the deadlock at Turf Moor, following a dominant first, and they did so when Ashley Barnes pounced to head in a beautiful cross from Anass Zaroury in the six-yard box (55).

Belgian U21 international Zaroury then slotted in a second to punish Rovers after they were caught playing out from the back (73) before Barnes hit a deflected second to seal a crucial victory and important local bragging rights (81).

The Clarets climb back to the summit – where they will remain for the best part of a month, due to the World Cup break – and open up a three-point lead over second-placed Sheffield United, while Blackburn stay third and trail the leaders by six points.

How Burnley eventually made their dominance count

In spite of the high stakes, the first derby in six years took a little while to warm up. Burnley, as has often been the case this term, dominated the ball, but it was not until the 31st minute that Manuel Benson registered their first shot on target. 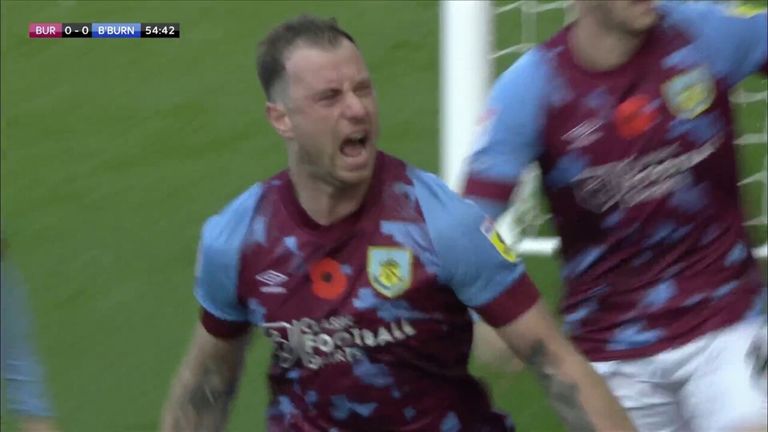 Blackburn had won eight of the nine games in which they had had less than 50 per cent possession, but nevertheless, at one point in the first half, they had seen just 20 per cent and looked in danger of being overrun.

Rovers were denied a penalty midway through the first half when Ben Brereton Diaz was barged over by Jordan Beyer, while Burnley were denied one of their own on the stroke of half-time, when a free-kick appeared to hit the Chilean international’s arm before Taylor Harwood-Bellis forced a superb save from Thomas Kaminski. The game changed after the break. Initially, it looked as though Blackburn were going to fly out of the traps when Brereton Diaz forced a save from Aro Muric, but that turned out to be their only shot throughout a below-par 90 minutes.

Then it was the hosts that finally made their dominance count. Barnes first headed in a beautiful cross from Zaroury, before the Belgian helped himself to one of his own when he slotted in after Barnes’ first-time volley was repelled by Kaminski. 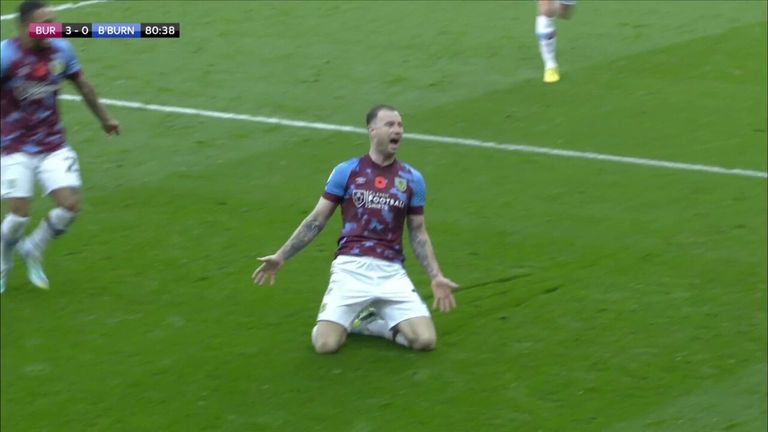 Ashley Barnes scores his second goal to move Burnley out of sight in East Lancashire derby.

And to compound Rovers’ misery, inside the final 10 minutes, Barnes collected a square ball from Josh Brownhill, turned Ryan Hedges inside out and then found the net via a deflection to round off a brilliant day.

Player of the match – Anass Zaroury 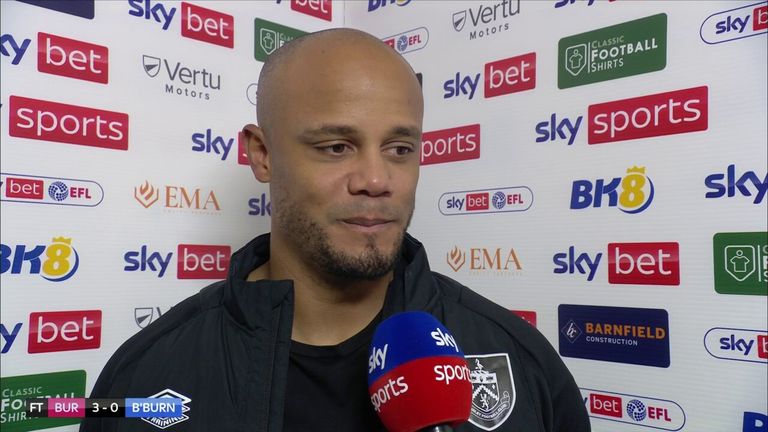 Burnley manager Vincent Kompany says it was his side’s most complete performance of the season against rivals Blackburn.

Burnley’s Vincent Kompany: “It’s massive. We’re obviously still playing for promotion, but it’s one of the ways for us to get our trophies and winning this game is massive for our fans. It will give us a lift for the next games.

“I had no reason to be worried after the Sheffield United game. Today the team was fresh and that’s what they have been doing all season, so we’ve just got to keep going.” 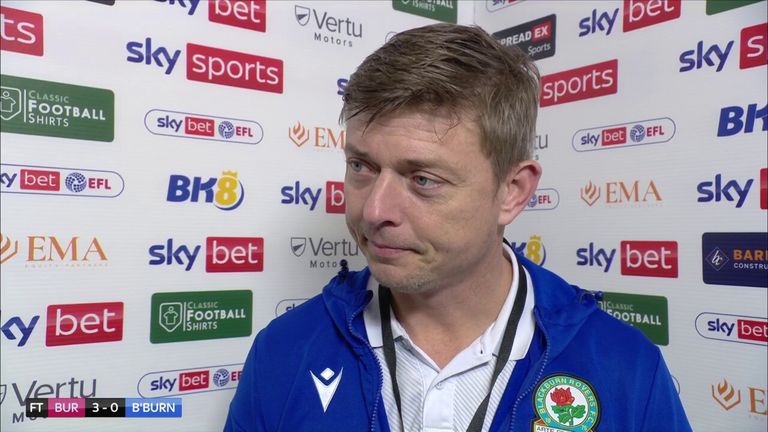 Blackburn head coach Jon Dahl Tomasson says he is very disappointed after his side’s defeat to Burnley in the East Lancashire derby.

Blackburn’s Jon Dahl Tomasson: “It’s always frustrating when you lose games, but it has been a difficult afternoon, we must be honest. Burnley were better and we didn’t show that bravery and courage that we have done in the last period.

“Of course I’m very disappointed with the result, but also for our fans. But we are early in our journey and this game doesn’t really reflect how we have been playing for a while. We’re still very inconsistent, you can see that.”

With the World Cup break having arrived, neither team are in action for just under a month.

Blackburn return at 12pm on Saturday December 10, when they welcome Preston to Ewood Park for another Lancashire derby, which is live on Sky Sports Football.

Meanwhile, Burnley travel to Loftus Road to take on QPR at 1pm on Sunday December 11, which is also live on Sky Sports Football.