James, Wilson confident Wales will offer more than ‘making up numbers’ in Qatar Rob Page will become the first manager to lead Wales at two major tournaments when he oversees their first World Cup appearance for 64-years in Qatar.

Page became interim manager in November 2020, leading Wales to a last-16 place at the delayed Euro 2020 tournament, before succeeding Ryan Giggs on a permanent basis after World Cup qualification was secured in June.

Two of Page’s 26-man squad, Fulham duo Harry Wilson and Dan James, are adamant Wales will not be in Doha simply to “make up the numbers”. Wales have been drawn in Group B alongside England, USA and Iran. Speaking exclusively to Sky Sports, former Manchester United winger James said: “We fully deserve to be there. We qualified. We go into every game believing that we can get the best result out of it. No pressure for us. We’ve got to go out and enjoy it.

“It being in November is very strange. But for us, it’s normal because it’s our first time going. It’s going to be absolutely brilliant. We obviously missed out at the Euros in terms of fans going to games because of the way it was with Covid.

“We were in places that fans couldn’t come and now they’re able to and I’m sure the fans are looking forward to it just as much as we are.”

Wilson, still only 25, is embarking on his third major tournament as part of a Wales squad. He added: “It’s come around quick. Obviously with the last league game only eight days before the first group game, it is different to what has been in the past, but, yeah, we’re looking forward to it.

“To get there was one thing, but we’ll be going [to Qatar] making sure we give it our best go. We’re not just there to make up the numbers.

“It shows what a great achievement it is for this group of players. What we have achieved. To be able to be part of a squad that has got to a World Cup – back-to-back Euros and a World Cup – it’s a special feeling.”

James stepped off the bench to replace compatriot Wilson in Fulham’s final Premier League encounter before the tournament – scoring in the 2-1 loss to Man Utd – and says facing England will be no different to any other group game.

“From the outside, it’s a massive game,” he said. “Two home nations playing against each other. It happened at the Euros in 2016 as well – I don’t think I’m looking forward to that game more than any other.

“I’m looking forward to every one. If you think about that game too much you don’t put yourself right in the first two.”

Speaking about the influence of Wales captain Gareth Bale, he added: “He’s done it everywhere he’s gone. He’s the perfect man for the job. You give him a chance and he’ll score. I’m just glad he’s fit going into the World Cup.”

Wales’ only previous World Cup finals appearance was in Sweden in 1958, where they lost to Brazil in the quarter-finals.

Wales’ first game in Qatar will take place on Monday November 21 against USA at 7pm UK time on the second day of the tournament at the Ahmed bin Ali Stadium in Al Rayyan.

The same venue will host Wales’ second group game against Iran on Friday November 25 at 10am as well as the final group match against England on Tuesday November 29 at 7pm. 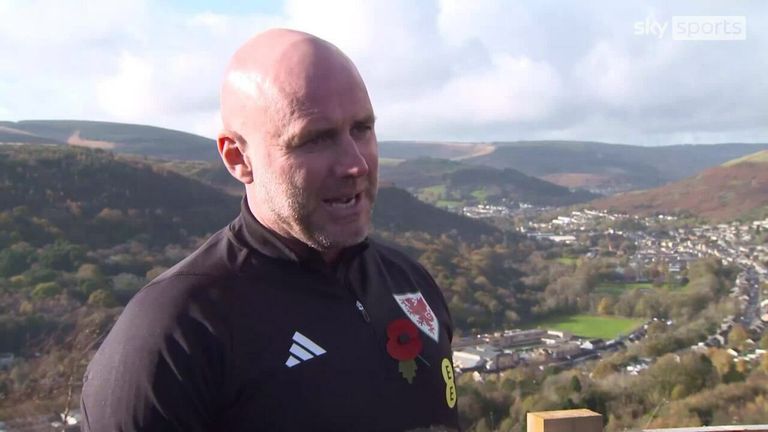