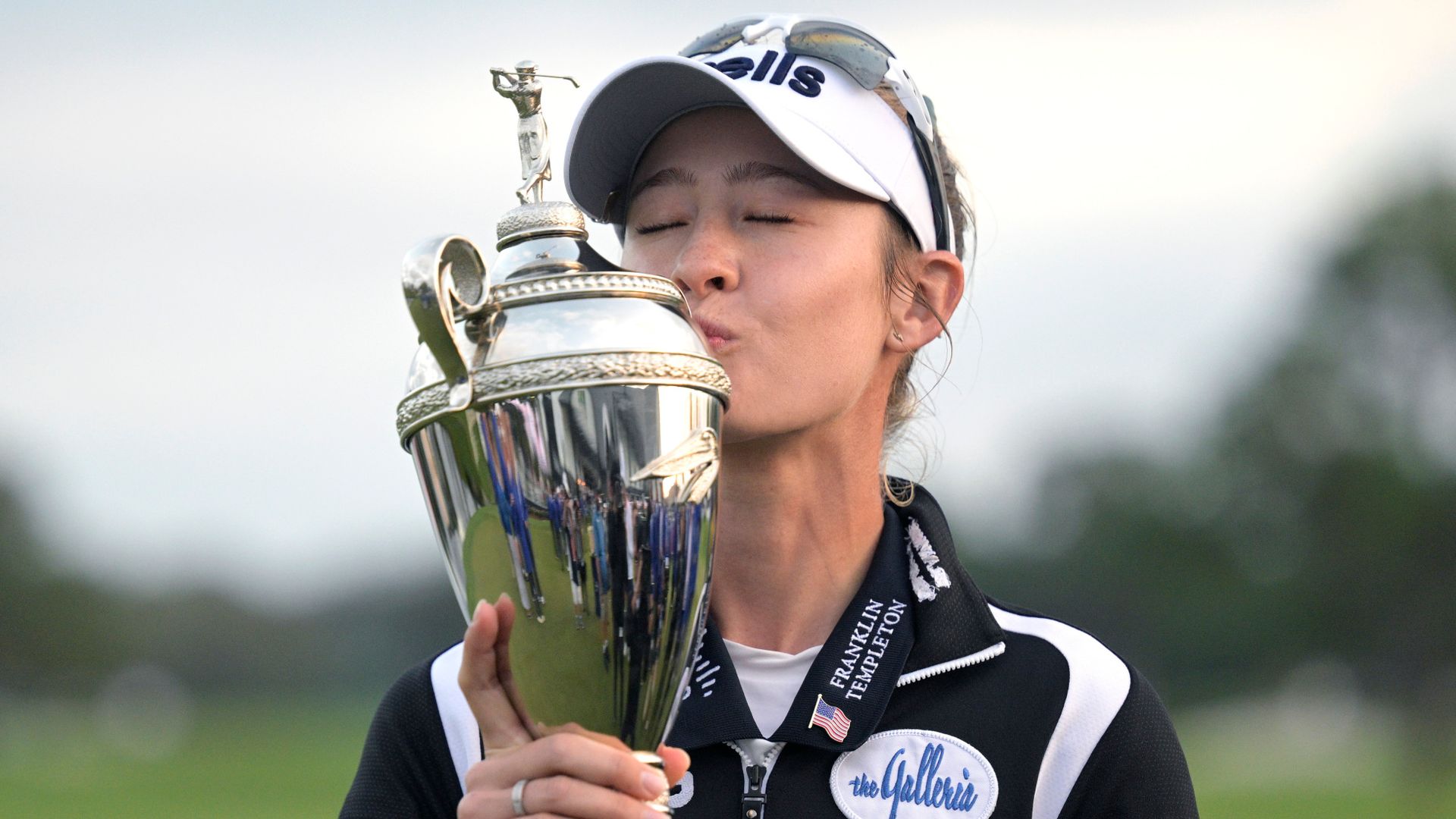 Nelly Korda held off Lexi Thompson to take her first LPGA Tour victory of the year and win back the world No 1 spot; Korda missed four months with a blood clot in her left arm and has been struggling to regain her form ever since 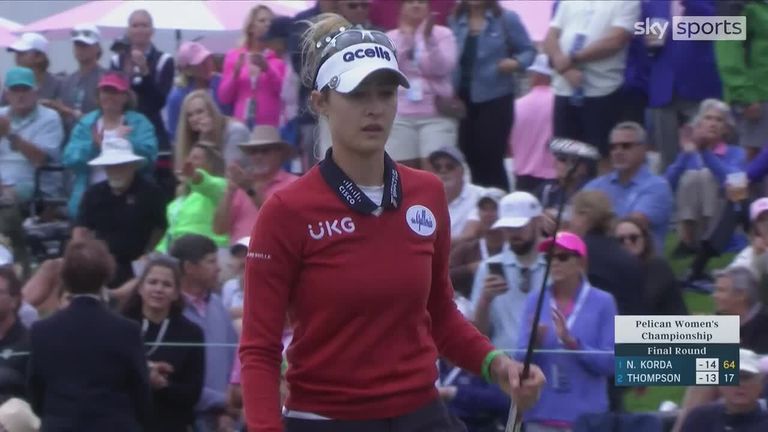 Nelly Korda is back as the No 1 player in women’s golf after winning the LPGA Tour’s Pelican Women’s Championship on Sunday.

Korda overturned a two-stroke deficit on the final day Pelican Golf Club to successfully defend her title, posting a six-under-par 64 to end the event on 14 under and a shot ahead of Lexi Thompson.

Victory in the event – reduced to 54 holes after Tropical Storm Nicole – is Korda’s eighth on the LPGA Tour and first since winning the same tournament as last year, with her latest success set to lift her above Thai teen Atthaya Thitikul at the top of the world rankings.

“There have been more downs than ups this year I think, and I think that’s what makes this so much sweeter for me,” said Korda, who missed a large portion of the season to recover from a blood clot in her left arm. “With the way my game was as well in the last two LPGA starts that I had, I didn’t think that I maybe had the confidence that I was going to win.”

Korda posted three birdies on her front nine and picked up further shots at then tenth and 13th, while back-to-back gains from the 16th meant that a bogey on the par-four last would be enough for victory.

Thompson mixed six birdies with two bogeys during her final-round 66 and closed with four consecutive pars, seeing her narrowly miss out on victory, while overnight leader Allisen Corpuz finished three strokes back in third after a one-under 69.

“It’s a bit frustrating to be as close (as I have been) and not get as many wins as I would’ve liked,” Thompson admitted after a fourth runner-up finish of the season. “That’s golf. That’s what is so crazy about this game, you lose more than you win unfortunately.

Morgane Metraux, Hannah Green and Gaby Lopez finished in a three-way tie for fourth place on nine under, with Lizette Salas, Ally Ewing and Maria Fassi all a further shot adrift in a share of eighth place.

Ireland’s Leona Maguire posted a top-10 finish thanks to a two-under 68, with Scotland’s Gemma Dryburgh was in a share of 13th in her first start since claiming her maiden LPGA Tour title at the Toto Japan Classic earlier this month.

The LPGA Tour stays in Florida for their season-ending CME Group Tour Championship, where the leading 60 eligbile players in the season-long standings compete for a $7million purse. Watch all four rounds live on Sky Sports, with coverage beginning on Thursday from 7pm on Sky Sports Golf.