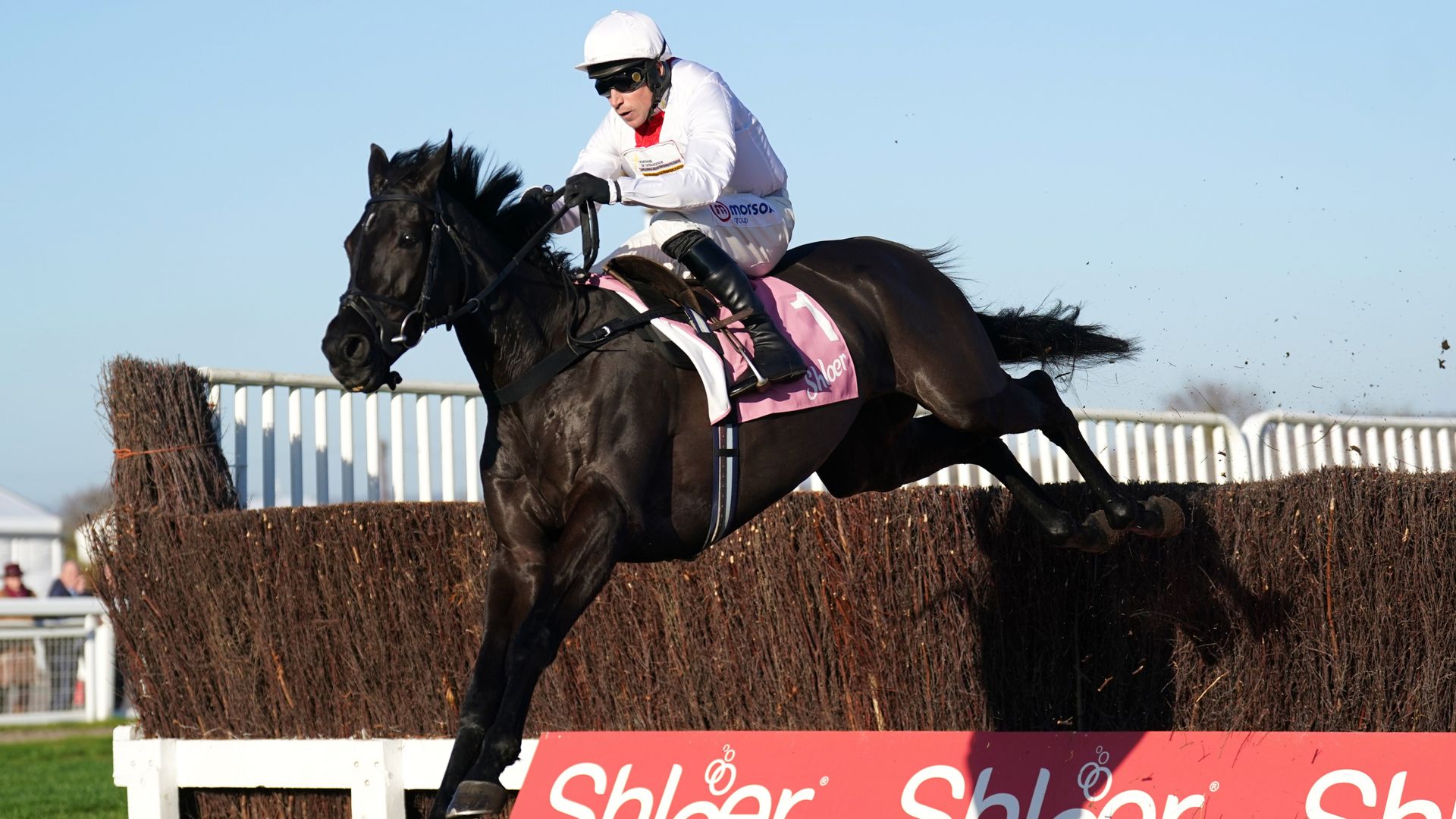 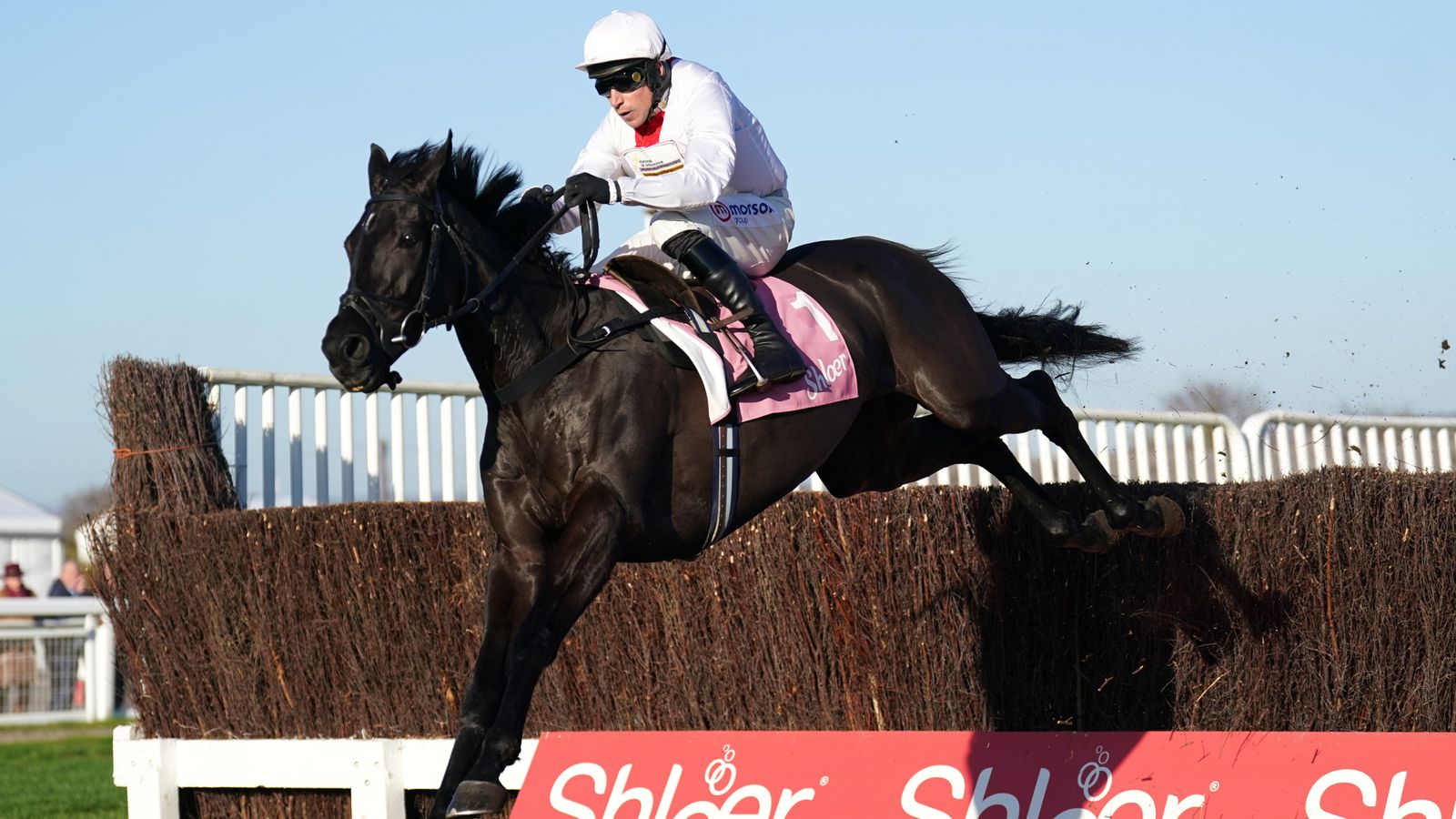 Nube Negra took a penalty kick in his stride to land the three-runner Shloer
Chase at odds of 1-10 at Cheltenham.

Dan Skelton’s exciting prospect had little opposition after Arkle Trophy winner Edwardstone was withdrawn, and under an armchair ride from Harry Skelton took the two-mile Grade Two contest by an easy eight lengths.

Fans of the eight-year-old, who was runner-up in the Queen Mother Champion Chase last year, may have a long wait before seeing him again, however.

Plans are to either run in the Desert Orchid Chase at Kempton or keep him fresh until March, where the trainer feels they have “unfinished business”.

Skelton said: “I am just happy to get it out of the way. When you are 10-1 on you have everything to lose and nothing to gain.

“He should have done what he did. What have we learned? Well, nothing, really. I don’t think you are going to learn anything from it. It is a shame the race had cut up for the racecourse, the fans, the sponsors, but that is racing.

He added: “He has come back as well as I have ever had him. To be fair, he is a very easy horse to train in the respect that he gives you so much, but what happens is sometimes you can over-stretch the band with him and that is why he has always been so good fresh in the past.

“Today has been a canter round, so I don’t think today is one of those days that takes so much out of him, but that is why in the past you have not seen him so much, because he puts so much into everything he does, you can’t go to the well too often.

“I’m stone cold on the possibility of going to the Tingle Creek. We have been there a few times and we have learned that it doesn’t work and if he does go anywhere it will be Kempton, but I need to have a serious talk with Terry (Spraggett, owner).