Redknapp: Garnacho has the rascal gene | Ten Hag: He made a big impact 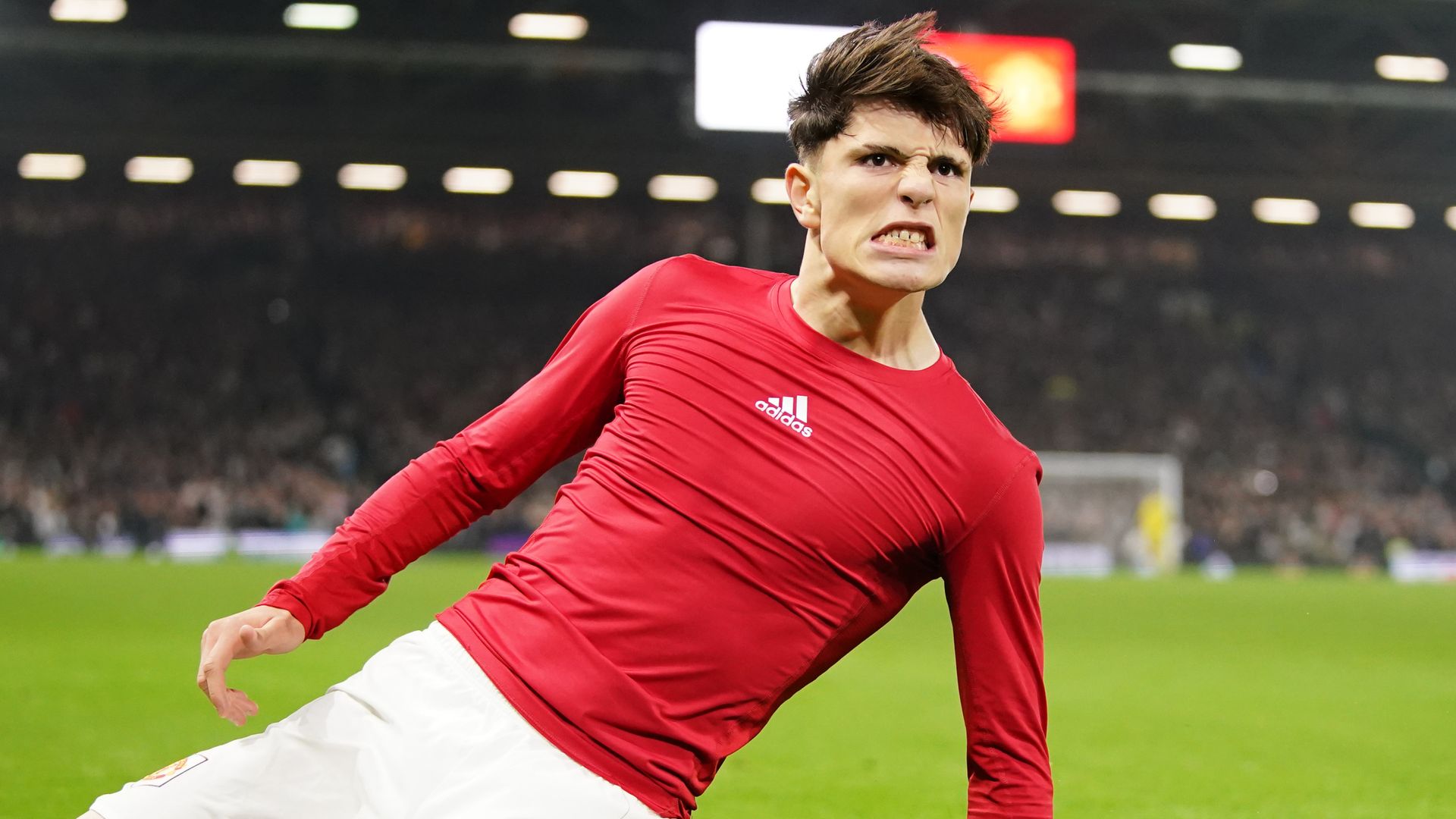 Alejandro Garnacho possesses the “devilment” and “rascal gene” that could help the Manchester United teenager become a great player following his stoppage-time winner against Fulham, according to Jamie Redknapp.

In the final match before the curtain fell on the Premier League ahead of the World Cup break, the spoils looked set to be shared until Garnacho’s dramatic late intervention.

United had gone ahead after 14 minutes when Christian Eriksen capitalised on a well-worked quick break from the visitors before slotting the ball into an empty net.

Marco Silva’s men were rewarded for their efforts just after the hour mark when former United winger Daniel James also struck from close range for a deserved leveller – the on-loan Leeds player’s first goal of the season.

However, despite Fulham being the better team for large parts of the game, it was the visitors who claimed victory when Garnacho slotted past Bernd Leno just before the final whistle.

FREE TO WATCH: Highlights of Manchester United’s win at Fulham

Speaking after the 18-year-old provided two assists off the bench in United’s 4-2 win over Aston Villa on Thursday night in the Carabao Cup, manager Erik ten Hag warned Garnacho that his chances of making it at Old Trafford depend on his attitude.

But his latest cameo off the bench led Sky Sports pundit Redknapp into encouraging Garnacho to express himself in the same way Wayne Rooney was allowed to do under Sir Alex Ferguson.

“All the best players have the rascal gene – you don’t want to have a team of Gary Nevilles,” said Redknapp. “The greats have a bit of devilment about them. Look at Wayne Rooney.

“Sometimes, it doesn’t always add up, but they do things differently. You need match-winners and that’s what he is. “If you go through the greats in history, most in history have a bit of genius and madness alongside it.

“Fulham had played so well in the second half and if anything they might have edged it as the better team. But that big moment comes from Garnacho as it brought (Marcus) Rashford into the middle. United had lost the spark.

“Garnacho has the world at his feet now. There will be a clamour in his home country given the week he’s had but he’s missed out on the Argentina squad. He’s got plenty more World Cups to look forward to.

“It was one of those ‘wow’ Premier League moments. It was just a fantastic piece of play, the way he picks it up and plays a one-two with Eriksen.

“You hear so many rumours about this young man for a long while, about the talent he possesses and he’s just shown it on the world stage. It’s an unbelievable goal after the two assists in midweek. How good must he be feeling right now?”

Neville: Garnacho has something about him 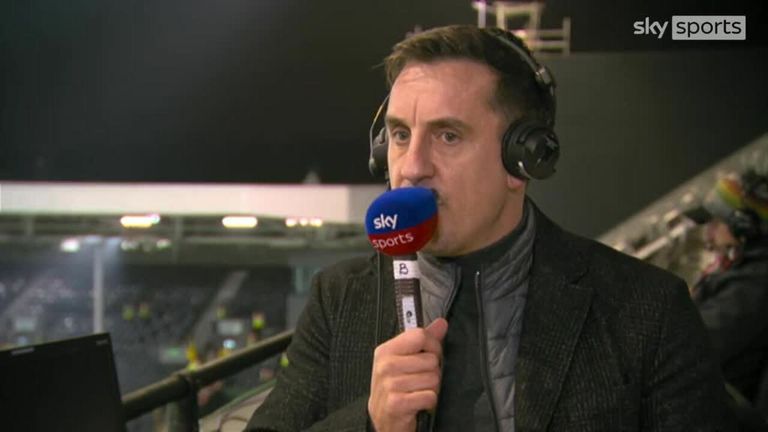 “He’s got something about him – there’s no doubt about that. Bad attitude or not, he can play. He’s brought real energy since he’s come on down the left with his speed. The one-two and then the finish is class.

“I remember Cristiano Ronaldo scoring a solo goal from that side many years ago that won Manchester United a game here but not as late as this.

“Erik ten Hag will not believe it as his team have been really poor in the last 20 minutes, but he’s sent the travelling fans into mayhem.

Ten Hag: We have togetherness as a club 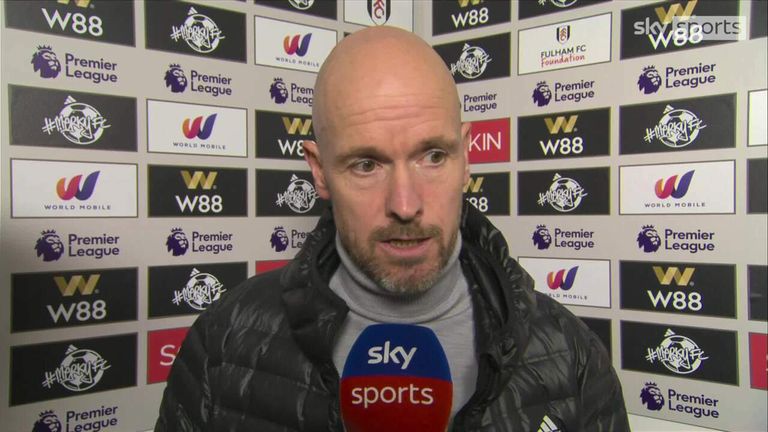 Erik ten Hag feels the culture, attitude and mentality has improved at Manchester United since he has joined the club, which was demonstrated with their late winner against Fulham

Having gone into the weekend in fifth place, Erik ten Hag’s side signed off for the extended World Cup break on a positive note despite being without a number of key players in London, with Cristiano Ronaldo, Antony, Jadon Sancho and Raphael Varane among those missing.

After James’ leveller, Fulham looked the more likely to snatch all three points – but Garnacho would have the final say.

Aged 18 years and 135 days, the Argentine became the youngest player to score a 90th-minute winner in the Premier League since Federico Macheda against Aston Villa, also for Manchester United, in April 2009 (17 years and 226 days).

When asked about Garnacho’s combination of confidence and arrogance, Ten Hag said: “It’s a big skill that he has. But it’s always finding the balance. He can perform under stress and he came in and performed well like he did on Thursday.

“In the last week we had some good choices with subs coming in and having a big impact. It’s a massive win, it’s really important and I’m very happy with it.

“Straight after half-time we had a big chance to finish the game. Maybe 3-1 would be a normal score at half-time based on chances. But we didn’t score and then Fulham came into the game, they had energy and were dynamic. If we want to be really good, that cannot happen.

“When you are 1-0 up and you’re away from home, it cannot be possible that the whole right wing is open.

“I think we have a base. We’re going in the right direction, the culture has changed. The attitude has changed and that’s good. We have also improved. We have got a better mentality and you saw that today with the winner in the last minute.

“We are now united, we have togetherness. The dressing room, the staff, the directors, the whole club and the fans. I’m really happy with that development.”