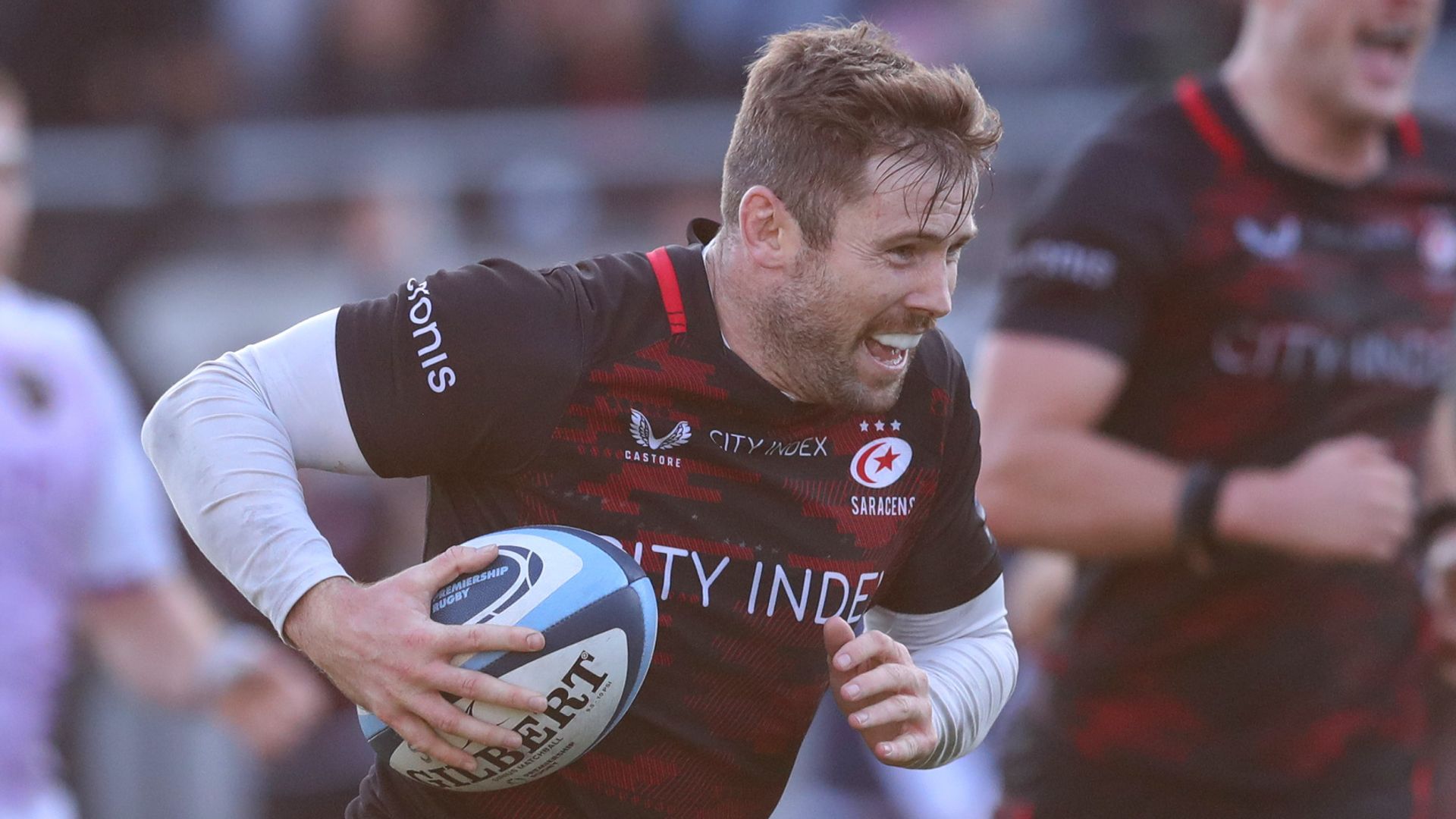 Saracens trailed 39-17 with a quarter of the match remaining; captain Ben Earl produced a man-of-the-match performance, scoring a try and setting up the game-winner for Elliot Daly; Saracens have won their last nine matches in the Gallagher Premiership

Saracens produced a comeback 45-39 victory over Northampton to maintain their unbeaten Gallagher Premiership record at the StoneX Stadium.

Saints led 39-17 after 52 minutes but – aided by two yellow cards for Northampton – the home side conjured up a remarkable recovery to leave Saints stunned.

A third-minute penalty from Goode gave Saracens an early lead but it was Saints who scored the first try of the game when Haywood finished off a driving line-out.

The hosts then suffered two blows in quick succession. First prop Robin Hislop failed an HIA before a well-timed pass from Rory Hutchinson created the space for Dingwall to crash over for Northampton’s second try.

Smith converted both tries to leave Saints with a 14-3 lead at the end of a lively first quarter.

Saracens were lethargic in that opening period but they sprung to life with an excellent five-pointer of their own. On halfway they moved the ball wide for Daly to make metres and Maitland to enjoy an easy run-in.

Goode converted from the touchline before his side suffered another injury blow when full-back Malins left the field with a leg injury.

Goode was off-target with a 40-metre penalty attempt before the irrepressible Saracens captain Earl had a try ruled out by the TMO for crossing earlier in the move.

To compound a miserable five minutes for the home side, Goode was penalised for a late tackle with Smith knocking over the resulting kick. The outside half then made a clean break to send Dingwall racing away for his second.

Smith converted and added a penalty with Saracens’ woes continuing when they lost replacement prop James Flynn to an HIA, resulting in uncontested scrums.

The home side needed a response to stem the tide and got one when Andy Christie burst away to give Maitland his second to leave the hosts trailing 27-17 at the interval.

Two minutes later, Saracens prop Marco Riccioni became their fourth injury victim, being helped off with a leg problem to be replaced by Ethan Lewis and leave them with two hookers in the front row.

Everything seemed to be against us and to get the win was a testament to our resilience and team spirit.

The game looked up for luckless Saracens when Dingwall completed his hat-trick to reward a neat round of passing with Smith missing the conversion to end a run of 17 successes since joining Saints.

A burst from Angus Scott-Young created a try for Skosan but Saints lost lock Lukhan Salakaia-Loto to the sin-bin for a high tackle.

That was the boost that Saracens needed and they gave themselves a glimmer of hope when replacements Simpson and Hallett both scored converted tries in quick succession.

Salakaia-Loto returned from the bin to temporarily stem the tide but Saints scrum-half Tom James – seconds after coming onto the field – was yellow carded for a high tackle to set up a tense final eight minutes.

Earl raced over for a try that his man-of-the-match performance deserved before Daly completed the remarkable comeback with the match-winner two minutes from time.