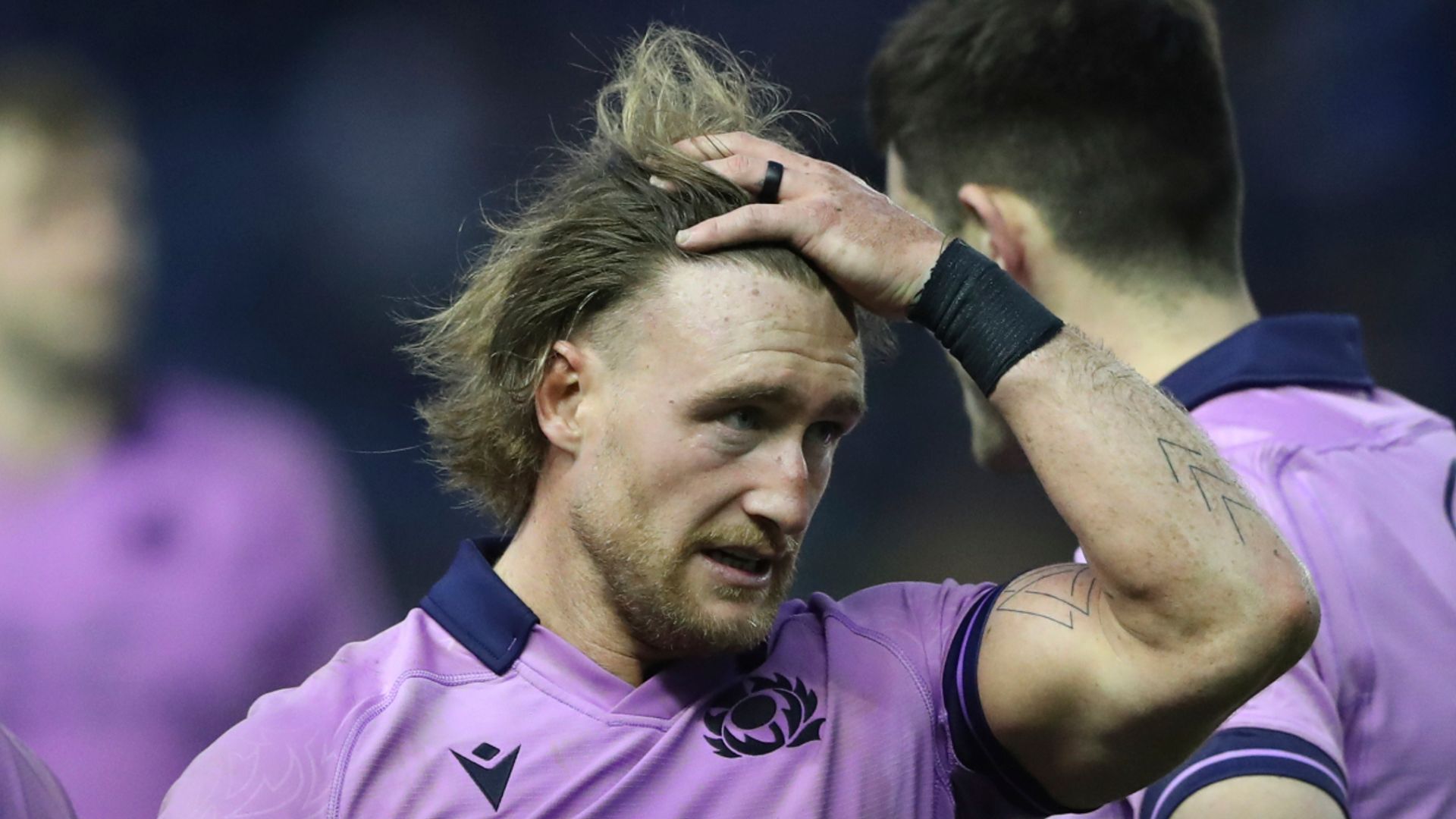 Scotland led 17-14 at half-time and held a nine-point lead with a quarter of the match to play; a yellow card to Jack Dempsey proved costly as New Zealand wrestled momentum back; Scotland take on Argentina next weekend while New Zealand travel to Twickenham to take on Eddie Jones’ England

Scotland suffered an agonising 31-23 defeat at the hands of New Zealand after leading at half-time and being nine points ahead midway through the second half in their Autumn Nations Series clash at Murrayfield.

Gregor Townsend’s team responded superbly after going 14-0 down within the first 10 minutes as they scored 17 unanswered points to hold a 17-14 half-time lead.

The boot of Finn Russell extended Scotland’s lead out to 23-14 before New Zealand responded with a penalty of their own.

A yellow card to Jack Dempsey for a deliberate knock-on in the tackle proved costly for Scotland as tries for Scott Barrett and Mark Telea helped New Zealand seal victory.

Scotland will now prepare to take on Argentina at home next weekend, with the All Blacks travelling to Twickenham Stadium to take on England.

“It’s tough to be on the wrong side of the result,” Scotland captain Jamie Ritchie said to Amazon Prime.

“We were there or thereabouts for 70 minutes of that game. Three penalties on their line, but look I’m just so proud of the boys.

“We spoke about being courageous all week and we did that. It’s bigger than rugby, we did that for Doddie (Weir). He’s such a special man and we’re glad that we could put a decent performance out there for him, we’re just sorry we didn’t get the result.”

Weir presented the match ball ahead of kick-off with Scotland’s players also wearing his famous yellow and blue tartan on their backs during the contest to the mark the fifth anniversary of his foundation.

The My Name’5 Doddie Foundation is also one of the five charities being supported by Kevin Sinfield’s Ultra 7 in 7 challenge, which he started earlier in the day with Weir in attendance at Murrayfield.

On the pitch, Scotland got off to the worst possible start when Samisoni Taukei’aho seized possession following a lineout and eased his way over from close range in the third minute. Jordie Barrett kicked the conversion.

Four minutes later things got worse for the hosts as debutant Telea ran onto a cross-field kick from Beauden Barrett and burrowed over. Jordie Barrett was again successful in adding the extras.

At 14-0 down and having failed to lay a finger on the All Blacks, things looked ominous for Scotland but they dug in and found a way back into the game, led by Stuart Hogg.

In the 12th minute, the full-back kicked the ball over the top and scampered after it himself. Just as he looked set to slam it down for a try, Anton Lienert-Brown took him out.

Following a TMO review, a penalty try was awarded and Lienert-Brown was sent to the sin-bin.

The Scots then pulled level three minutes later when Graham intercepted an All Blacks attack near halfway and burst forward to claim a magnificent individual try.

Russell – back in the team for the first time in eight months after being left out of the initial squad for the autumn internationals – kicked the conversion.

The Scots’ tails were up and, after recovering from their chastening start, suddenly they had the All Blacks rattled.

For all the pressure they enjoyed, Townsend’s team would have been disappointed not to have added a third try before the break, although they did make sure they had a half-time lead to show for their efforts when Russell kicked a 31st-minute penalty following an offside.

The hosts picked up where they left off at the start of the second half, with Russell scoring a second penalty three minutes after the restart.

The Racing 92 fly-half then kept up his perfect kicking record for the day with another penalty in the 54th minute, taking the Scots nine points clear and seemingly on course for their first-ever victory over the All Blacks.

But Jordie Barrett brought New Zealand back into it with their first points since the opening seven minutes when he kicked a penalty in the 63rd minute.

The momentum of the game continued to turn in favour of the tourists as, two minutes later, Dempsey was sin-binned for a deliberate knock-on following a TMO review.

From the scrum that followed, Scott Barrett forced his way over the line and Jordie Barrett once again made no mistake with the conversion to edge New Zealand back in front.

The Scots’ hopes of a famous win were effectively ended in the 75th minute when Telea bounded over for his second try of the match, with Jordie Barrett again converting.