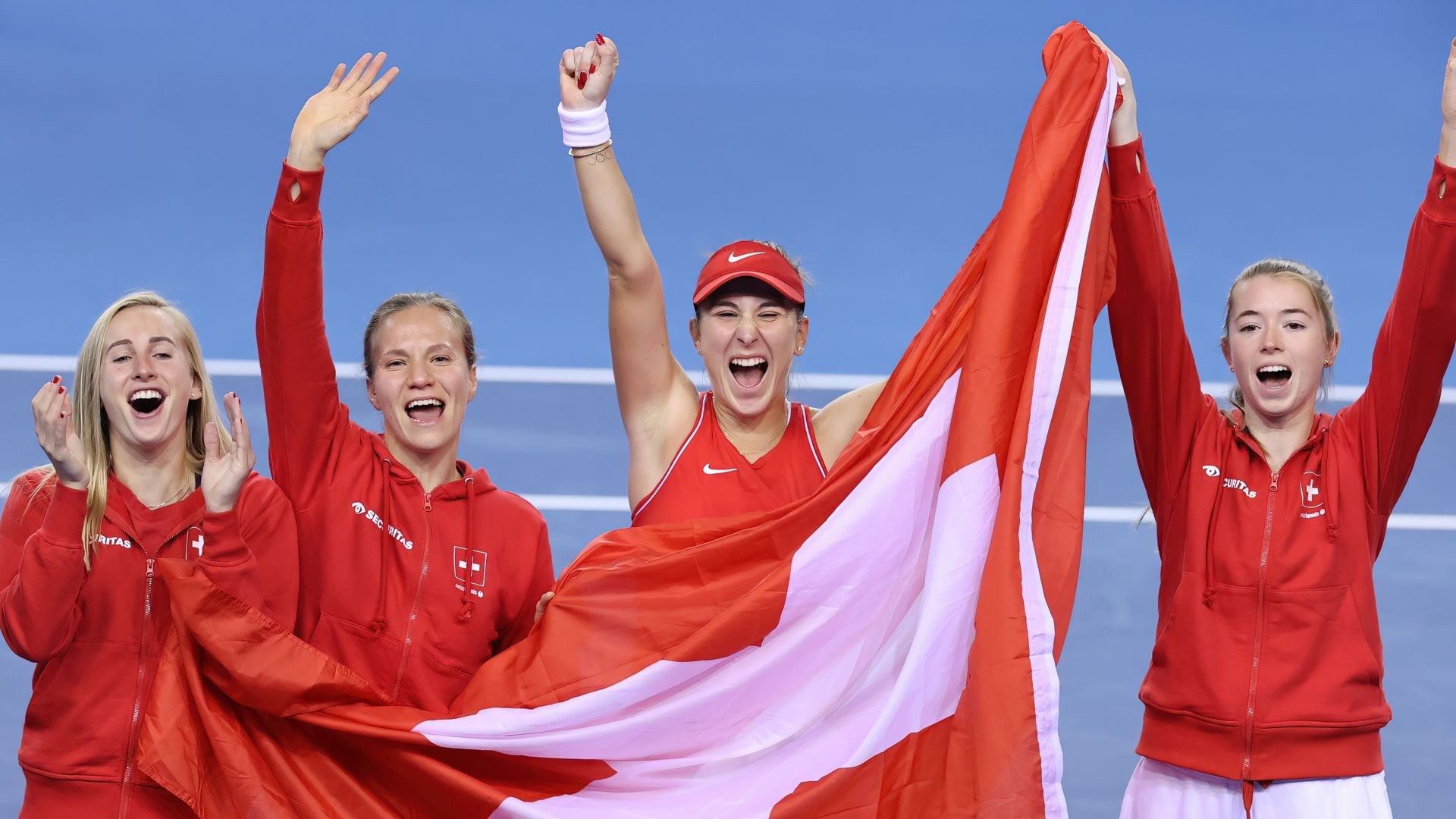 Tomljanovic lost to Bencic in straight sets in the second match of the finals at the Emirates Arena in Glasgow.

Bencic took the victory 6-2 6-1 leaving Switzerland with a 2-0 lead over Australia.

Jil Teichmann had put Switzerland ahead with her win over Storm Sanders.

Switzerland had twice reached the final before, in Martina Hingis’ pomp in 1998 and last year, when they finished as runners-up to the now banned Russian Tennis Federation.

But they have been unstoppable in Glasgow, not losing a live rubber despite a difficult draw, and Australia were powerless to prevent yet another final defeat.

Seven time champions, Australia had been seeking their first win since 1974.

This was a rematch of last year’s semi-final, where Australia won only eight games, and they at least made it more competitive this time in front of a sizeable and enthusiastic crowd that included King, who came on to the court before the tie and high-fived all the players.

In an exciting match Sanders played well above her singles ranking of 237 but lost out to Teichmann in a 6-3 4-6 6-3 tussle lasting two hours and 18 minutes.

Sanders had led Australia to victory over Great Britain in the semi-finals on Saturday, seeing off Heather Watson before teaming up with Sam Stosur for the narrowest of wins against Alicia Barnett and Olivia Nicholls in the deciding doubles.

She is ranked more than 200 places below fellow left-hander Teichmann but refused to let her opponent pull away, despite further treatment to her right leg, fighting back from a set and a break down before running out of steam in the decider.

“It was a great battle,” Teichmann said on court afterwards. “Storm was playing very [well] the whole week, I was expecting a big fight. So here I was, getting the fight, and I’m super happy I got the point.”

Twelfth-ranked Bencic, meanwhile, has once again produced her best form in the red and white of her home country, having won singles gold and doubles silver at the Tokyo Olympics last summer.

The 25-year-old went into her clash against Tomljanovic, who lost to Harriet Dart on Saturday, with a perfect record and was far too strong for her opponent in that 6-2 6-1 victory.

Switzerland are the 12th different country to win the tournament formerly known as Fed Cup and the first new champions since Italy in 2006.