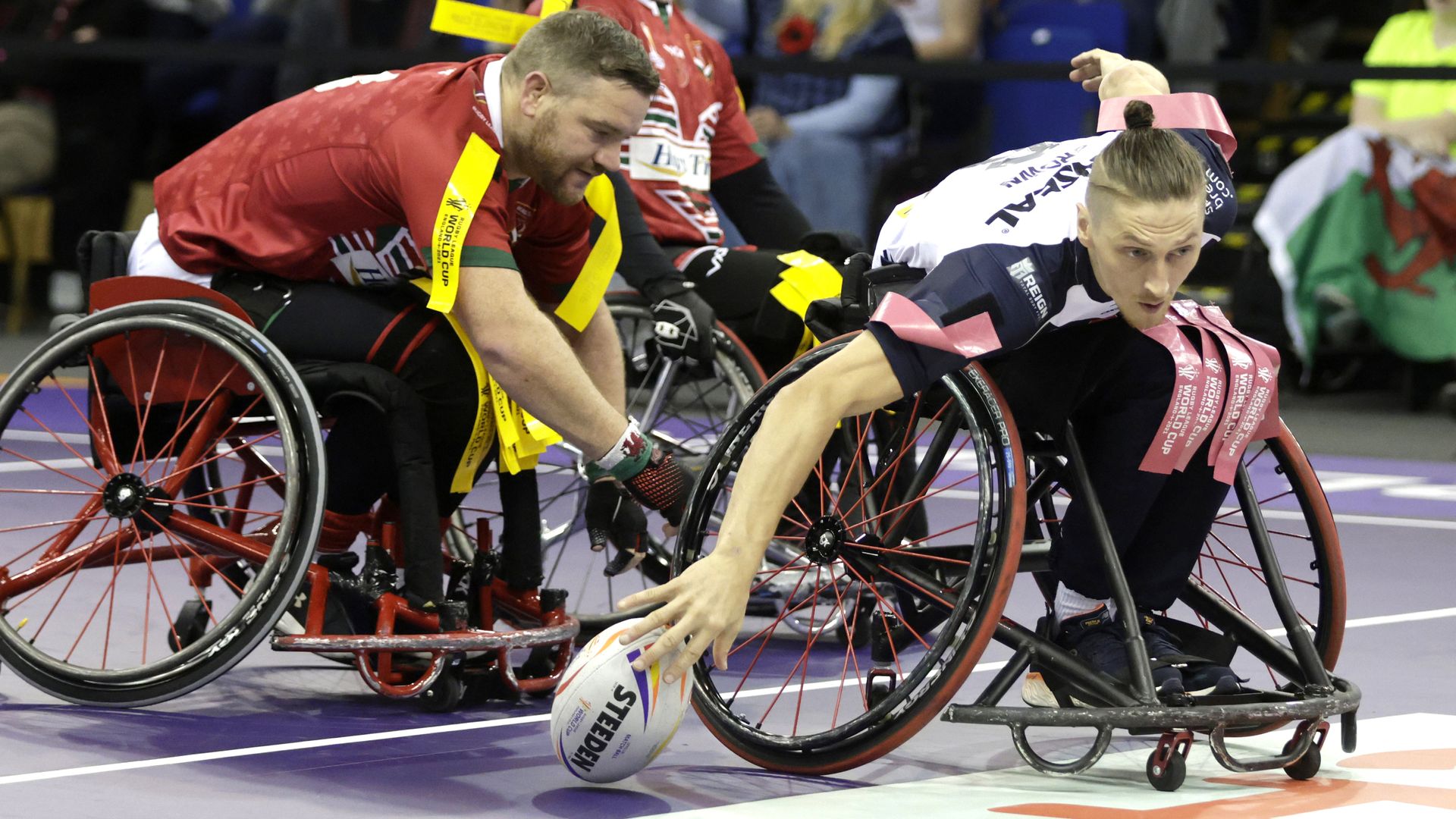 Jack Brown starred with eight-try haul as England beat Wales 125-22 to book a place against old rivals France in the final of the Wheelchair Rugby League World Cup; “It’s as big as it gets,” says England coach Tom Coyd as he looks forward to the ultimate final

England ran riot as they beat Wales by a huge margin in the semi-final of the Wheelchair Rugby League World Cup in Sheffield on Sunday.

England are set to meet great rivals France in the World Cup final after the French side’s victory over Australia in the other semi-final.

England ultimately won 125-22 against Wales to set up a grandstand finale to this tournament, with Rob Hawkins racing down the wing to dot down the last try of the game.

It was England’s Jack Brown who was the player of this match and he has been one of the players of the tournament. He scored eight tries himself in this match.

Although Brown said: “Tries don’t count. It’s what we’re doing together out there that counts.”

It was a frustrating day for Wales, who had Gray Preece sin-binned in the final five minutes as tempers frayed. But they did cross for four tries.

“We’re very disappointed conceding,” Brown said. “We’ve just got to cut out those errors, we can’t let a team like Wales be able to bash us about.”

That is a sign of his team’s high standards. “I think the boys have just been completely ruthless in their goals for this game and improving every single game,” he said.

“What they’re showcasing is we’re only getting better and we’re ready for this final, we’re ready to win this Cup.”

England will play France in the World Cup final after the reigning champions beat Australia 84-40 earlier on Sunday in the other semi-final in Sheffield.

France scored an early try through Florian Guttadoro. Although Australia soon hit back, France would eventually take over.

Jeremy Bourson starred for the French, scoring five tries in total, three of them within 17 minutes.

Australia fought back to put some more points on the board in the second half but France have built momentum of their own as they go into the World Cup final clash with England on Friday in Manchester.

The two countries have played each other in the previous two World Cup finals, and France have won both. Now England will meet them once again with it all on the line.

“It’s as big as it gets in wheelchair rugby league,” said England coach Tom Coyd. “They’ll be fancying themselves 100 per cent.

“We think that we’ve got it in us to beat them on the big stage, in England, with this crowd. We’re well placed.”