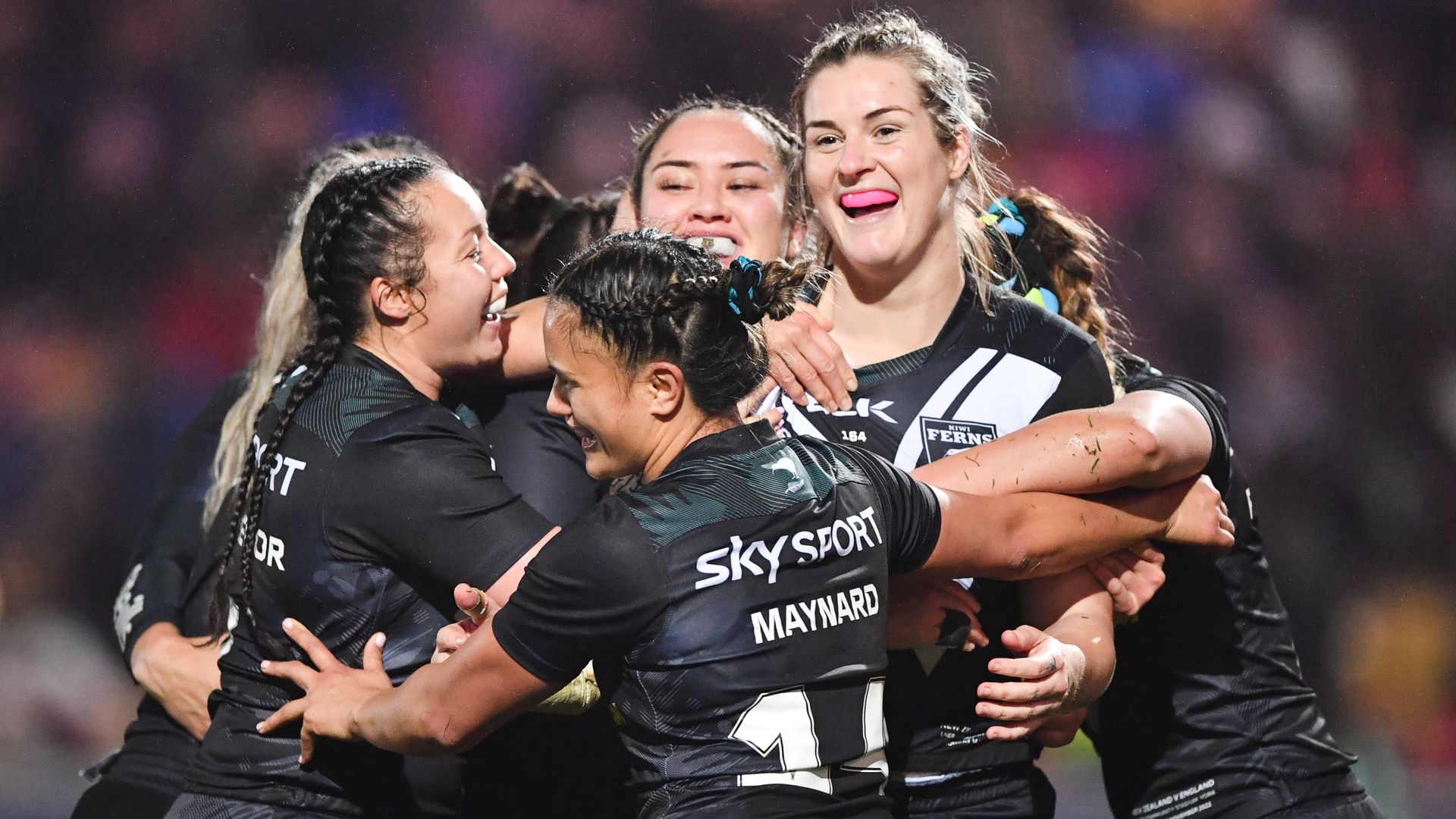 However, the Kiwi Ferns fought back through their powerhouses on the left edge and Mele Hufanga and Raecene McGregor took advantage, diving over to give New Zealand a slim 8-6 lead at half-time.

New Zealand took control in the first quarter of the second half, Otesa Pule finishing off a pass in the corner before Brianna Clark dived over in the 52nd minute, Nicholls converting to give New Zealand a 20-6 lead which England could not respond to.

It was an electric atmosphere in York as the second semi-final of the evening got under way and England used it to their advantage, Goldthorp firing through the line after just four minutes as a beauty of a kick from Georgia Roche.

Big hits were then traded as both sides wrestled for territory, but New Zealand hit back after 15 minutes, a storming run from Amber Hall leaving Amy Hardcastle on the floor and the space for Hufanga to score.

Hall continued to cause some real problems down the left-hand side and it led to the Kiwi Ferns finding success down there once again, McGregor going alone and diving over to give her side an 8-6 lead going into half-time.

Vicky Molyneux returned to England’s 19-player squad in the only change for their Women’s Rugby League World Cup semi-final against New Zealand.

The Wigan Warriors back row, who made her return to international rugby league in 2021 after a 14-year absence from the England team, replaced three-quarter Carrie Roberts in Craig Richard’s squad.

There was a palpable change in atmosphere as the teams returned for the second half as the crowd tensed and the big hits returned, both forward packs looking to lay the foundations for their side.

After six minutes, it was New Zealand who found the space, a looping pass from the middle sending Pule over in the corner, Apii Nicholls converting to make it 14-6.

From there, New Zealand took control, a huge break from Hufanga laying the platform for Clark to dive in under the sticks with 28 minutes remaining.

England had some real chances in the middle quarter but they just couldn’t string together the attacking play as New Zealand ate up their space, some loose hands on the edge nullifying any metres made.

Despite time running out and New Zealand all but confirmed as winners, England didn’t give up and kept chancing their hand in attack and standing up in defence to keep the score line to 20-6.

The Women’s Rugby League World Cup Final sees a rematch between Australia and New Zealand from the group stages and the Kiwi Ferns will be looking for revenge on the Jillaroos.