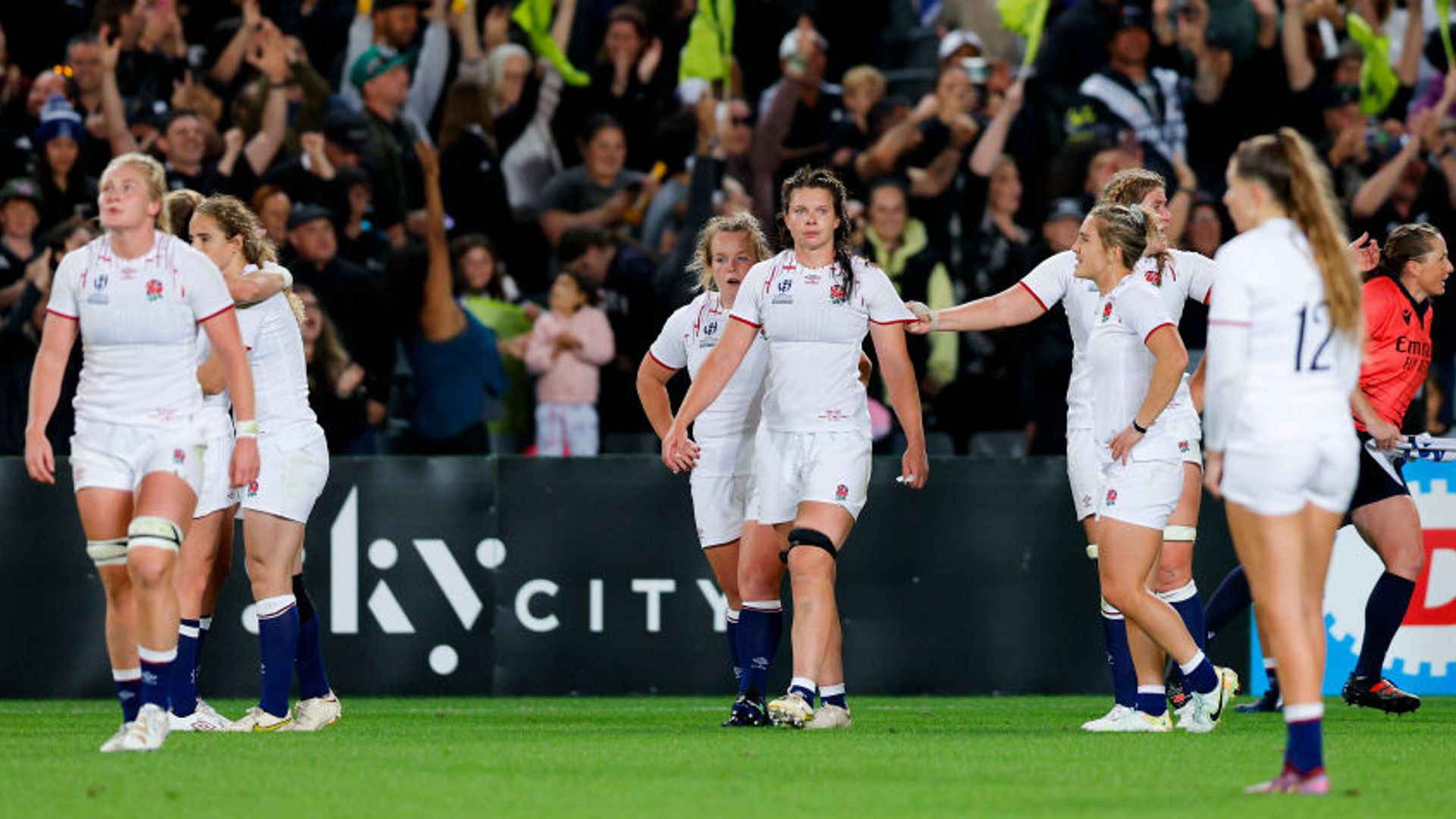 World Cup in New Zealand showed appetite for women’s rugby and filling out stadiums at 2025 tournament in England is an attainable goal; other nations now need to back their players by turning professional to drive standards further, writes Katy Daley-McLean

After a breathtaking World Cup final between England and New Zealand in Auckland, the aspiration to sell out Twickenham Stadium, when we stage the tournament in three years’ time, certainly seems more realistic.

The rate of development in the women’s game is great to see and the tournament in New Zealand demonstrated that progress quite brilliantly. For the first time in a very long time, it is much harder to predict who will make the quarters and semi-finals next time.

We all got to witness the leaps being made by Canada, the only still amateur side to reach the semi-finals who actually gave England a run for their money. Then you look at Wales who turned professional just nine months ago, and Italy who are heading in the right direction after handing out central contracts, and you have to think that those teams will be closing the gap on the Red Roses, the Black Ferns and France by 2025.

Despite the heartache of another England defeat to New Zealand in a final, it was a blockbuster showdown that would have delighted both the neutrals and fans of the Black Ferns.

I’m really excited for the next World Cup at home here in England, it will be phenomenal. It has been great to see the changing attitudes in New Zealand where we previously heard that fans wouldn’t pay to watch a Black Ferns’ match and the team wasn’t given the support or recognition they deserved. Fast forward to the final of this competition, to see Eden Park packed out with over 42,000 supporters turning up the noise, that’s amazing to see for any fan of women’s rugby and exactly what we want for the game. 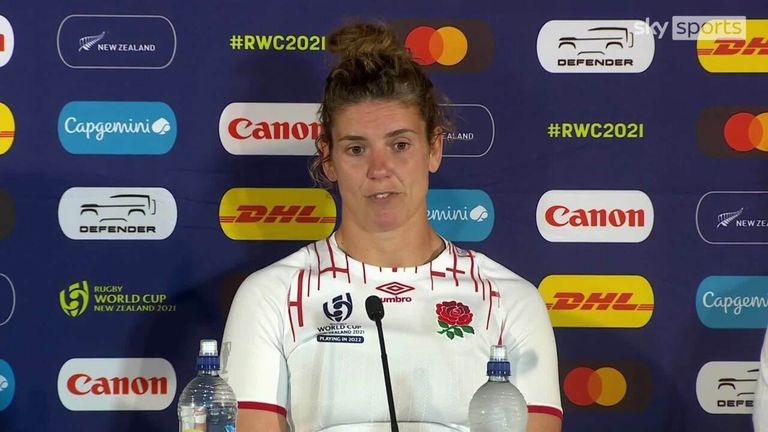 New Zealand have certainly had to overcome plenty of barriers to get to the position they are now, but you’d like to hope that any remaining challenges will be easier to clear moving forward.

It was symbolic to see the Black Ferns’ Ruby Tui engaging with their female Prime Minister – it really doesn’t get any bigger than that. I just can’t imagine any middle-aged grey-haired man standing in the way of these women now, and saying no to anything they might want in order to continue this level of performance.

We have been told, with each previous World Cup cycle, that there just isn’t the appetite for women’s rugby but this competition is a turning point that has disproved that once and for all.

The Red Roses already have a huge following here, people are supportive (evidenced by increasing ticket sales and interest) and they are continuing to build a solid brand. England might have seen their incredible 30-game unbeaten run come to an end, but they all return home with their heads held high and can look towards a home World Cup with plenty of optimism. 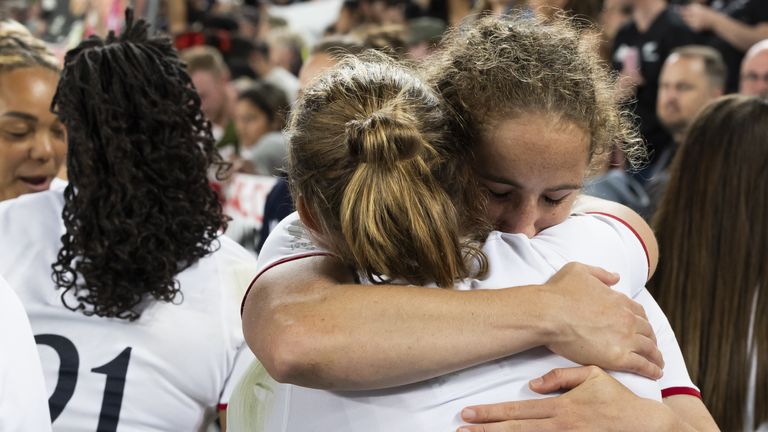 The 2025 competition will see a change to the format with 16 teams participating, I really hope by that point there are no longer any amateur sides, that everyone is professional so the standard can then take another leap forward as there are still a lot of countries where the women deserve so much more.

In three years’ time, we can’t and shouldn’t be talking about players managing jobs and rugby. It’s not acceptable for unions to sit there and say ‘we’re not funding our women’ and I think this World Cup will make people sit up and make the change. It will make unions think ‘we need to invest in them’ because it clearly shows that when you do fund teams properly the quality improves and Saturday’s final more than demonstrated that.

England last staged the World Cup back in 2010 and, although that was great in many ways, I’m glad to say the world has certainly moved on in the last 12 years! Back then, we played our pool games on open pitches at Guildford Sports Park which is Surrey University’s ground, we changed in the dressing rooms that the five-a-side football teams playing on a Sunday would use.

As the competition progressed, so did the support, as it tends to do for any tournament, and by the final at The Stoop in Twickenham against New Zealand, over 13,000 fans turned out which then was a world record for a women’s rugby international at that time. We saw the same level of growth at tournaments that followed in France in 2014 and then Ireland in 2017, so we shouldn’t be surprised that people do want to watch, and pay to watch, women’s rugby.

In 2025 we’ll see the games being staged around the country and the nations will be based across different towns and cities which will be a great opportunity to grow the game further. I’m a massive advocate for getting the game exposed out of the south and out of London. We know that Sandy Park in Exeter is a brilliant place to go and play rugby as the people are so immersed in the game but Kingston Park, Newcastle can offer the same, as can others, including my own club ground at Sale Sharks in Manchester.

Before the next World Cup, England will get the chance to play at Twickenham Stadium in a standalone fixture against France in the Six Nations next spring, which will be a special occasion. What an opportunity for England to get its first taste of international women’s rugby without tagging it on to the end of a men’s match.

I remember playing there in one of my first England games against Italy in the Six Nations and it was dead. I think there were only about 60 friends and family there. So to see how things have changed 16 years later, and to think that they may be able to sell out the bottom tier next year as a starting point (perhaps in the region of 30,000 fans) will be phenomenal and a great step towards that goal of a sold-out Twickenham for the final of World Cup 2025.

There are really so many positives to take away from the World Cup in New Zealand, even if the result wasn’t what England fans wanted. It was sensational in so many ways and has produced countless highlights and standout moments and games.

For the Red Roses, the focus will be on how to finally find a way past New Zealand on a World Cup stage, perhaps a packed Twickenham could be the little extra magic that could carry these girls home.