England are favourites to get out of their group, but a World Cup like no other raises questions of how simple this opening round of fixtures will be.

Gareth Southgate has only a week working with his players before their World Cup campaign begins on November 21 and in England’s way are three teams who can pose problems.

England, themselves ranked fifth in the world, play three teams in the top 20 including a Wales side who want to make their first World Cup finals in 64 years with a scalp over their neighbours.

With recent World Cup disappointment with the United States and an unknown entity in Iran, Sky Sports analyses the strengths and weaknesses of the three teams that await England in Group B.

Widely seen as the underdogs in the group of England, USA and Wales, Iran have provided enough examples for those willing to look closely that they could cause an upset or two in Qatar.

While England and Wales were relegated in the Nations League in their final fixtures before the World Cup and USA’s far-from-convincing preparations closed with a defeat to Japan and goalless draw against Saudi Arabia, Iran defeated Uruguay 1-0 and drew 1-1 with Africa Cup of Nations winners Senegal.

In both games Iran recorded fewer shots, less possession and spent plenty of time on the back foot but their defensive resolve was notable – as was their ability to seize their occasional openings at the other end, with Mehdi Taremi underlining his threat with the winner against Uruguay. 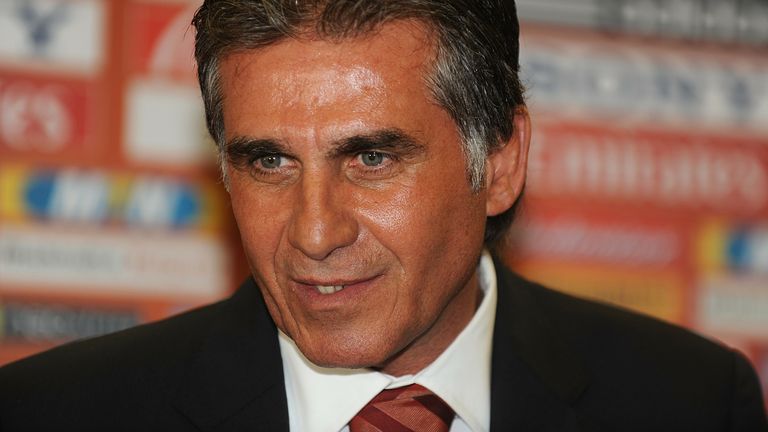 Iran head coach Carlos Queiroz says his players have the right to protest amid the death of Mahsa Amini, who died while in the custody of the morality police for wearing her hijab too loosely

Expect manager Carlos Queiroz to employ a similar approach at the World Cup, aiming to keep the opposition at bay before capitalising on the break through former Brighton forward Alireza Jahanbakhsh or using the aerial ability of Bayer Leverkusen’s Sardar Azmoun.

If England, USA or Wales do not use the ball effectively when they have it, they could well be caught out by this underrated Iranian side.

With 28 goals from 60 caps, it’s no secret Iran will be looking to Porto forward Mehdi Taremi for inspiration in Qatar.

Chances are likely to be few and far between for the Group B underdogs but the 30-year-old, who scored 20 times as Porto won Primeira Liga last season, has shown he has the ability to take the opportunities which fall his way – although a bad miss against Portugal four years ago proved costly.

Taremi’s falling out with former boss Dragan Skocic played a part in the Croat’s late departure from his role in charge of Iran ahead of this World Cup and the frontman will be eager to show it was wrong of his former boss to leave him out and make up for that miss in Russia.

Karen Carney speaking on Sky Sports’ World Cup Preview Show: “I think the first game is the most difficult. The first one of any major tournament is tough.

“Iran will be well organised and they have a couple of strikers who are decent with Champions League experience.”

The USA possess youth, trickery and mettle throughout the side – boosted from regular game time handed to Tyler Adams and Brenden Aaronson by American Leeds manager Jesse Marsch.

Adams acts as Leeds’ primary destroyer in the centre of the park, excelling at reclaiming possession and winning 50/50 duels before setting his side off in possession – while also providing a creative threat on goal.

Meanwhile, Aaronson is also a key member of Leeds’ pressing unit from the front – but his speed and trickery could also win free-kicks in dangerous areas. With 21 caps at just 21 years of age, and 11 appearances during the qualification campaign, the attacker looks set to play a major part in Qatar. 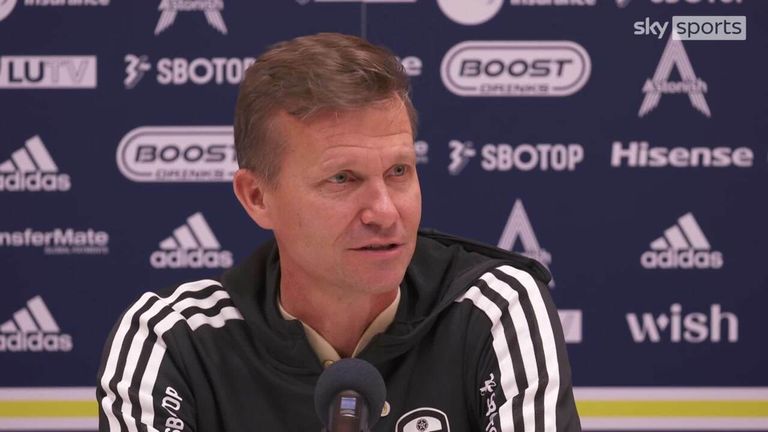 Dubbed Captain America in his homeland, Pulisic rose to stardom at Borussia Dortmund before making a £57.6m switch to Chelsea in 2019.

The forward was widely considered to be the signature signing to replace Eden Hazard – who had left Stamford Bridge after seven successful years at the club that same summer to join Real Madrid in a £130m blockbuster deal.

Pulisic appeared to show glimpses of Hazard-esque magic and hit several hot streaks of form, but injuries hampered regular first-team runouts and the American has been largely a bit-part player over the previous three full seasons.

Speculation over his future grew louder this summer as the 24-year-old reportedly sought more game time ahead of the World Cup, but he remains a Chelsea player.

New Blues boss Graham Potter tested the 24-year-old in his first games in charge, with the American notching two goal involvements from just 78 minutes in those games, so he could still secure a future at Stamford Bridge.

Pulisic has the skill and tenacity to bamboozle opposition defences and looks set to headline a fluid, skilful and rapid front line alongside Reyna and Aaronson

Jamie Redknapp speaking on Sky Sports’ World Cup Preview Show: “I like Brenden Aaronson technically, he is the sort of player we have to keep an eye on defensively.

“He gets into pockets, picks the ball up and slides people in. He’s going to be a danger and the US are going to have great energy.”

Jamie Carragher: “The excitement in the US is that the tournament is there four years later. It almost feels like a build-up to that.

“That will be the tournament where they feel that have to have a great tournament. All eyes will be on them and the host nation normally do well. This is a really young team for them and they’re thinking in four years’ time.

“But I still think they will get out of this group. As Jamie has just mentioned, the energy of the US national team could be too much.” 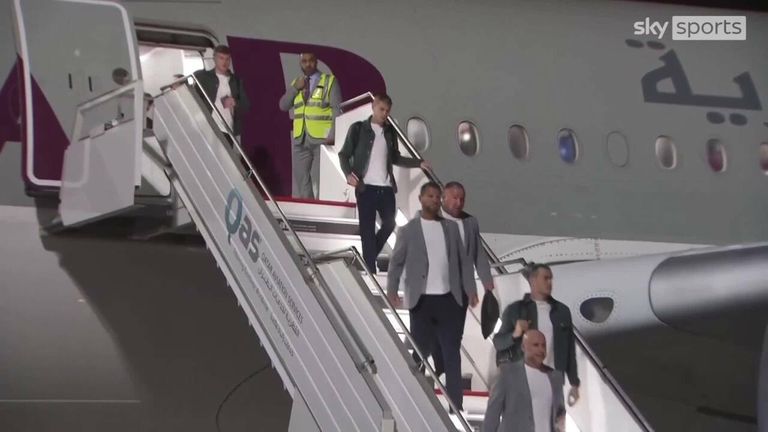 All the talk might be of Bale and Ramsey, or Moore’s aerial threat, but the bedrock of Wales’ success during qualification was their defensive solidity.

Of the five nations in Group E, Wales ranked fourth for goals from open play, shots on target and chances created over the eight games – but ranked second for keeping goals out and clean sheets at the other end.

Time and again, the ‘Welsh wizard’ has pulled a moment of quality out of nothing in national colours, and the 33-year-old was unsurprisingly instrumental in the build-up to the own goal against Ukraine – which saw Wales book their ticket to Qatar.

There were rumours Bale would hang up his boots after Euro 2020, but the former Tottenham forward later reiterated his desire to reach a World Cup – and his dream was realised merely one year later.

Bale etched himself among Galactico hall of fame when Real Madrid spent a world-record £85.3m to prise the forward from Spurs back in 2013. An injury-plagued nine-year stint with Real saw the winger’s time at the club whimper out.

But a loan spell back at Tottenham in 2020/21 revealed flashes of his former self, while his power and brilliance has failed to falter over the years when representing his country.

Bale joined MLS side Los Angeles FC this summer but has only amassed two starts and 369 minutes during the 2022 regular season, making 11 substitute appearances and scoring three goals – netting a 128th-minute equaliser in the MLS Cup final as a substitute, with his side proceeding to win the shootout.

But he was born for the world stage and his World Cup dream is finally realised in the twilight of his career.

Jamie Carragher speaking on Sky Sports’ World Cup Preview Show: “You look at Wales and Gareth Bale, maybe a swansong for him – the last time we see him in a Wales shirt. I’d like to see them go through for that reason.”

Gary Neville speaking on Sky Sports’ World Cup Preview Show: “I played a lot of games against the Republic of Ireland, Scotland and Wales. They always come into the game with a lot more freedom and composure while England put themselves under a lot of pressure. 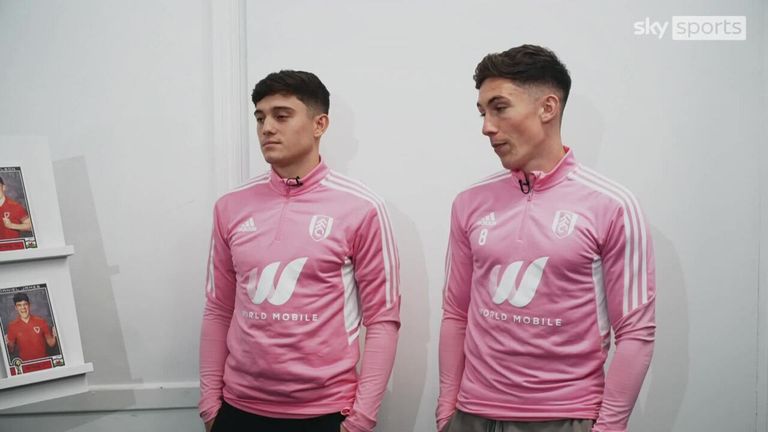 “They have the fire in the belly that Scotland and Wales feel towards England than we do towards them. The fans bring that as well.

“That’s a game where you want to get your business done, before you play Wales. That’s important for England that they do well in the first two matches.”

Jamie Redknapp speaking on Sky Sports’ World Cup Preview show: “It’s a horrible situation, you don’t want to go into the Wales game without having the best results because they will come out firing.

“It’s almost more than a football match. You have to be controlled when you take a team like Wales on.”