Steward determined not to be star struck against All Blacks 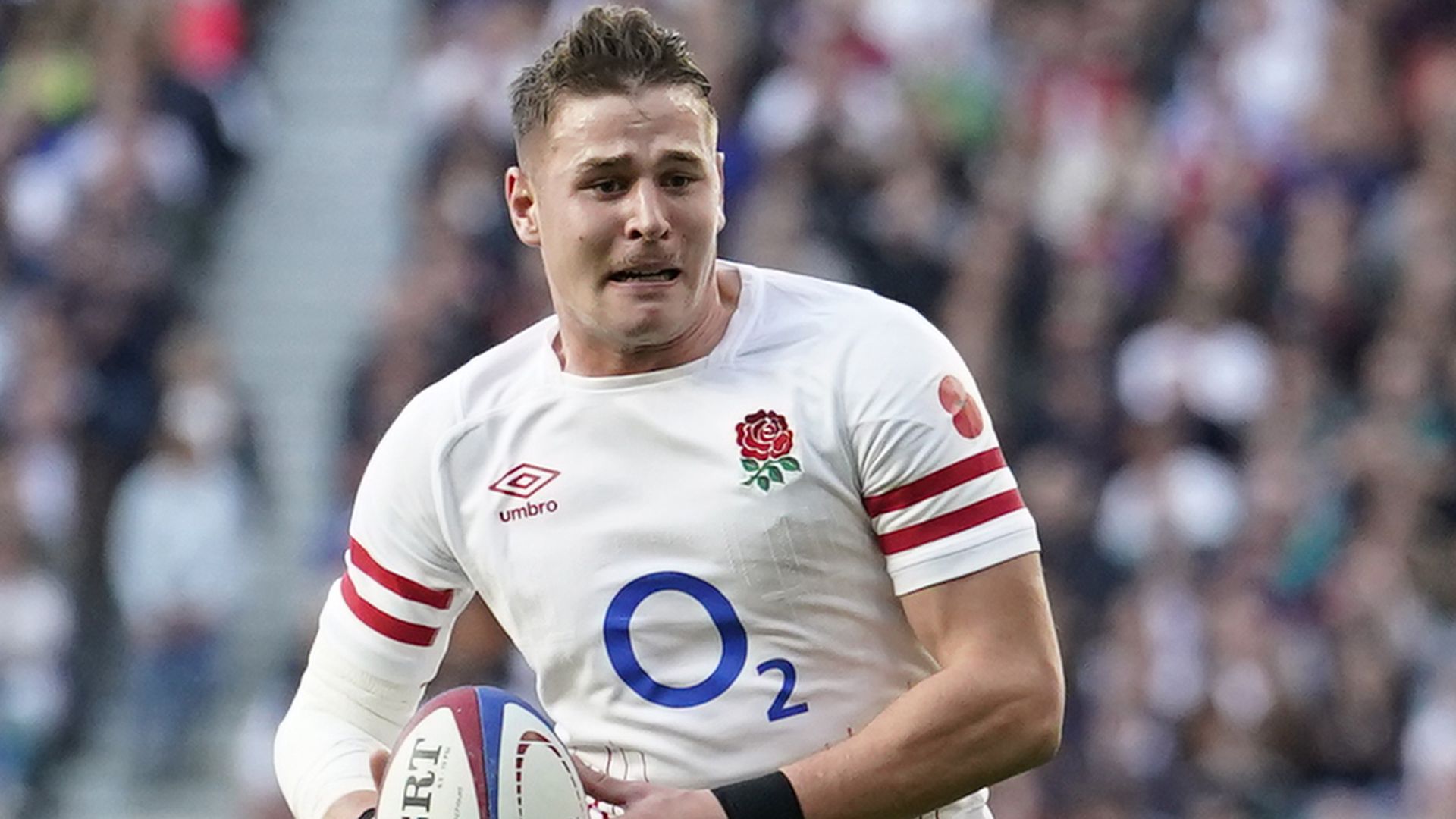 England take on New Zealand at Twickenham Stadium on Saturday afternoon; Eddie Jones’ side are off the back of a 52-13 victory over Japan, while New Zealand came from behind to overcome Scotland; Freddie Steward continues to thrive at Test level

Freddie Steward is eager to chalk off another first on his rugby bucket list as England’s rising star begins his own process of demystifying the aura of the All Blacks.

Eddie Jones’ side bounced back from a narrow defeat to Argentina that launched their Autumn Nations Series by overwhelming Japan 52-13.

New Zealand visit Twickenham on Saturday before a meeting with South Africa concludes their series of fixtures at the start of this Rugby World Cup season.

Steward signalled that he looks to be one of England’s key weapons with a towering performance against Japan as the 21-year-old full-back continued his upwards trajectory to rugby stardom.

But with the All Blacks clash imminent, the 15-cap rookie, who was studying economics at Loughborough University when the rivals last clashed at the 2019 World Cup, is looking forward to what’s on the way.

“As a young lad who’s watched rugby his whole life, the All Blacks are the team you want to play against,” Steward said.

“To be able to face the Haka is just so exciting. I’ll probably need to get over being star struck in the week so that come game-day I’m in a position where I’m ready to perform.

“But it’s important not to get caught up in that aura of their history and their success and just treat it as just another game.

“We’ll work out what we did well against Japan and what we didn’t do well, put it right and put together a plan to beat them.

“We had a point to prove after the Argentina game. We were frustrated with that result.”

Steward was at the heart of England’s best attacking moments, scoring one try and directly involved in the build-up to two others, and was equally commanding at the core elements of full-back play.

A calm head on young shoulders, he’s been working to enhance his mindset through sessions with psychologists Andrea Furst and Dave Priestley.

“When you’re running out at Twickenham and you have 80,000 fans around you screaming and the ball goes in the air, it’s quite a daunting experience,” Steward said.

“I’ve done a lot of work on dealing with that and ignoring everything except the ball because that’s all that matters. That’s been the biggest work-on for me.

“It’s that focus. When that ball goes up, that is all that matters. So it’s: ‘where’s the ball going to land, what do I need to do with my timing and my footwork to get there?’ It’s trying not to think about what’s coming – not the next phase, just that ball.

“I had a lot of ball against Japan and it’s always nice when things fall your way. I loved every second of being out there.

“I’ve also been working really hard on the physical side of the game – the power, the strength, the speed – and it’s good to see that paying dividends.”

The All Blacks’ first performance of the autumn saw them punish Wales 55-23 at the Principality Stadium. They scored seven tries but the change side that face Scotland wasn’t nearly as clinical.

Jones cannot wait for his players to line-up against the Kiwis once again.