England’s first Test against Pakistan could be moved away from Rawalpindi amid growing political unrest.

Ben Stokes’ side will play three Tests in Pakistan, the first time England have played red-ball cricket in the country since 2005.

International sides have not played in Pakistan regularly due to security concerns in the region, but England returned in September for the first time in 17 years to play seven T20 matches.

The first of three Tests is due to take place from Thursday, December 1 at the Rawalpindi Cricket Stadium, but contingency plans are being draw up if the political unrest continues.

Pakistan cricket legend and former Prime Minister Imran Khan survived an assassination attempt last month during a rally that was being held in the region.

He was shot in the leg at a protest and the attempt raised tensions while there have been growing demonstrations against Pakistan’s government.

Khan has told supporters to continue to march to the capital city of Islamabad, Rawalpindi’s twin city, and discussions between the England and Wales Cricket Board and its Pakistani counterpart remain active.

The Foreign Office are also being regularly consulted, but security adviser Reg Dickason could have the biggest say.

The ECB is currently working on the basis that the current itinerary will go ahead as planned, while other options are being drawn up, according to PA news agency.

Arrangements in Multan and Karachi, where the other two Tests will be held, have been vetted and approved, awarding either of those cities a second Test seems like the likeliest plan B.

Karachi, which is due to stage the final Test between December 17-21, appears to be the likelier option.

England’s recent T20 series in Pakistan went off without any trouble and managing director of men’s cricket Rob Key expects the Test series to go ahead.

Speaking to Sky Sports News, he said: “From what I hear, everything is going to go ahead. The one I trust in that situation is Reg Dickason, who is fantastic, all the players trust him.

“I am not hearing anything from him that suggests the tour won’t go ahead.

“From what I hear so far, it’s a pretty live situation, at the moment we are all looking forward to what’s going to be a historic tour. We have no worries and concerns at the moment.” 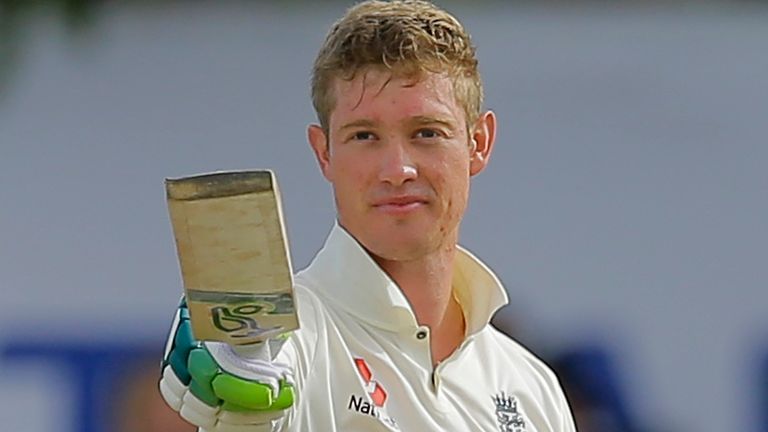 Key’s views were echoed by Ollie Pope, who is expected to start for England in the first Test. He added that “chatting to the T20 guys, the security they had and the precautions they were made to take, they felt incredibly safe”.

“At the minute, from what I know, it’s going to go ahead, and we’re going to trust the guys at the top of the ECB and the security guys to make it a good decision,” Pope said.

“From a personal point of view, absolutely, it’s about our safety and that’s something the ECB wouldn’t take any risks with.”

England were in Australia for the T20 World Cup when Khan was shot and Mark Wood said: “I’d be lying if I said I wasn’t worried because you’re going back there when there’s been trouble,” he said earlier this month.

“It’ll be for people above me to decide whatever happens. But obviously it’s worrying when you’re going back there as a cricketer and there’s unrest in the country.”

Test skipper Stokes, meanwhile, made it clear how important Dickason’s counsel would be.

“Whatever Reg comes back with, the players and people on that tour trust him one hundred per cent because he’s a man you trust your life with,” he said.

England are currently due to arrive into Islamabad on November 26 following a training camp and warm-up match against England Lions in Abu Dhabi.

Watch England’s Test series in Pakistan live on Sky Sports Main Event and Sky Sports Cricket, starting with the first Test on Thursday, December 1 from 5am.