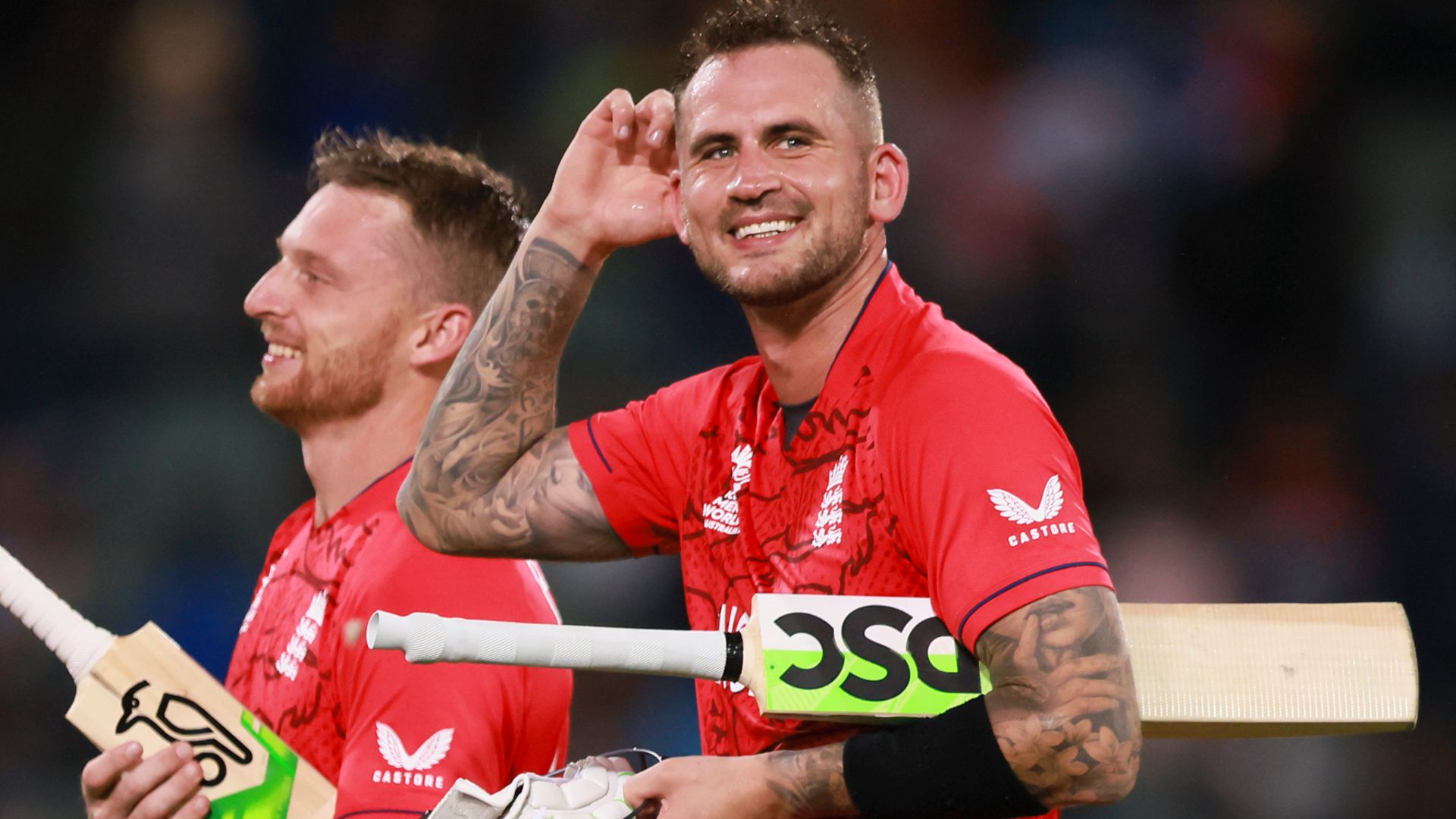 Alex Hales and Chris Jordan have been released from their Indian Premier League sides, two days after helping England become the T20 world champions in Melbourne.

The franchises have confirmed their retained list for 2023, with an auction set to take place in December.

Hales and Jordan are among those to have been let go by the Kolkata Knight Riders and Chennai Super Kings, respectively.

Let-arm quick Tymal Mills, who did not play at the World Cup, has been dropped by the Mumbai Indians, while Jason Roy and Benny Howell will be looking for new teams after they were released by the Gujrat Titans and Punjab Kings.

Hales was a key part of England’s World Cup win, hitting 212 runs in six innings, including a match-winning 86 not out in 47 balls against India in the semi-final.

Jordan started in the semi-final and final as a replacement for the injured Mark Wood, and he took five wickets, while Sam Billings, who has been a bit-part player for England in all formats this year, has been released by Kolkata Knight Riders.

England’s white-ball captain Buttler will remain with the Rajasthan Royals, after he hit the most runs (863) in 2022.

Moeen will remain with the Chennai Super Kings, while Livingstone has been retained by the Punjab Kings and Wood has resigned with the Lucknow Super Giants.

David Willey, another unused squad member, has been retained by Royal Challengers Bangalore, while the injured pair of Jonny Bairstow and Jofra Archer will keep their respective contracts with Punjab and Mumbai.

Ben Stokes has not featured in the IPL since 2020, after he was forced with pull out injured in 2021 and withdrew from the 2022 edition.

But he is thought to be considering making himself available for the 2023 edition of the IPL, after helping England win the World Cup with his first half-century in T20 cricket during the final against Pakistan.

Sam Curran could be a highly sought after player during the auction, after he impressed with his bowling through the innings in Australia and was named player of the tournament.

He has not played in the IPL since being released by the Chennai Super Kings in 2020.

Jason Holder has been dropped by Lucknow Super Giants, while Lockie Ferguson joins Roy on the chopping board at the Gujrat Titans. Pat Cummings and Aaron Finch are also released by Kolkata Knight Riders, while Dwayne Bravo has been released by Chennai Super Kings.

New Zealand’s captain Kane Williamson has been dropped by the Sunrises Hyderabad, while Kieron Pollard has been released by the Mumbai Indians.