England’s men and women will not have to wait long for their return to action following their respective Rugby League World Cup semi-final exits; the sides will both face France in a double-header at Warrington’s Halliwell Jones Stadium on April 29 next year

England have received confirmation that France will be their next opponents in April, by which time officials promise to have finalised an end-of-season international programme.

Shaun Wane’s men will have just five months to wait before they can start to make up for the disappointment of missing out on the 2021 World Cup final after the RFL announced a Test match against the French on Saturday, April 29.

It will take the form of a double-header, with England Women taking on France at 2pm followed by the men at 4.30pm. France will take the place of the Combined Nations All Stars, who have provided the opposition for Wane’s men for the last two years. 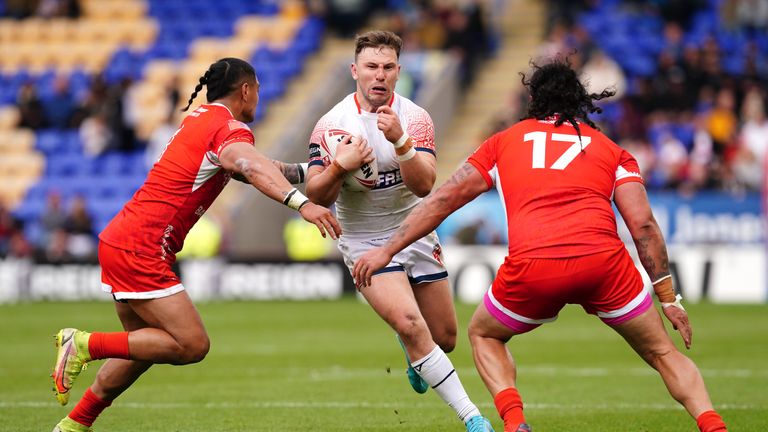 The women’s game, meanwhile, is set to be the first match in charge for Craig Richards’ replacement after the England head coach decided to leave his role following their World Cup semi-final defeat to New Zealand.

“We wanted to ensure that our England teams would return to action in front of a home crowd as soon as possible in 2023,” Mark Foster, the RFL’s chief commercial officer, said

“We are pleased to be able to arrange a double-header against France, whose men’s and women’s teams will also be moving on from their World Cup campaigns and starting to focus on the exciting prospect of hosting the next tournament in 2025.”

England and France are the first of the 16 teams competing at the World Cup to discover their next fixtures as nations continued to be frustrated at the failure to map out a clear future for international rugby league.

Troy Grant, who was elected as chairman of IRL in March 2021, blames past mismanagement for the haphazard way the international game has been organised but has pledged to produce a 12-year calendar by the end of 2022, albeit six months later than he had originally planned.

The IRL’s first job will be to finalise the qualification process for the 2025 World Cup in France and there are hopes Australia will raise the profile for that tournament by touring the UK and France in 2024, which would be the first full Kangaroos tour for 30 years.

Grant, the former New South Wales deputy premier, has called an IRL board meeting in December when he hopes to firm up a programme for the next 12 years.