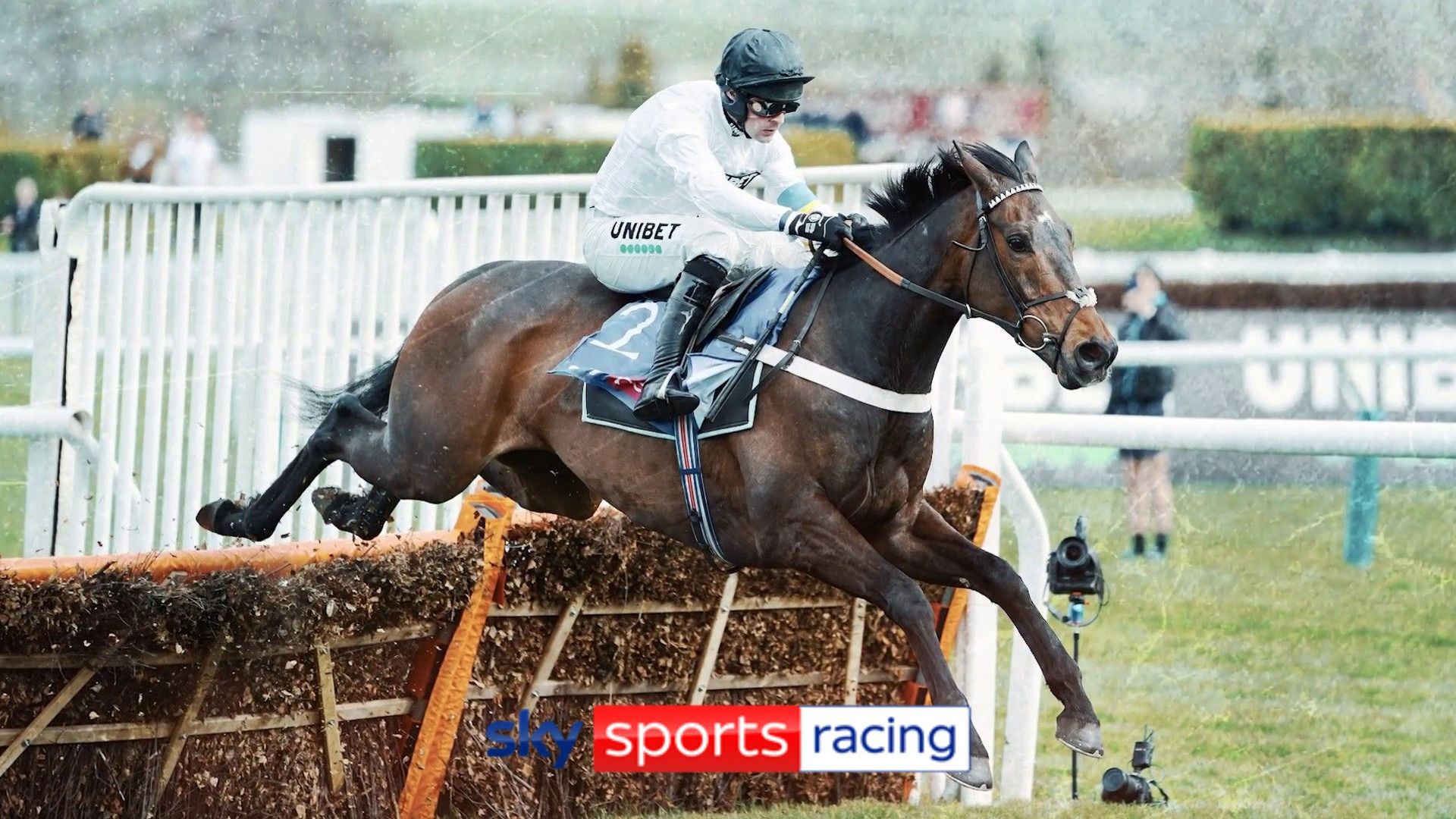 There is an overwhelming theme among those lucky enough to cross paths with Constitution Hill: He is anything but normal.

His trainer Nicky Henderson goes as far as to label the Champion Hurdle favourite a ‘freak’, describing his work at home this week as “frightening”.

After dominating all before him last season, taking two Grade One titles including one of the most memorable Cheltenham Festival victories in recent memory in the Supreme Novices’ Hurdle, all eyes are back on the five-year-old as he begins a new campaign in the Coral Hurdle at Ascot on Saturday, live on Sky Sports Racing.

Henderson has seen it all and is no stranger to a superstar, lifting the Champion Hurdle crown on a record eight occasions with five different horses, yet the Seven Barrows maestro still finds himself in awe.

“Through the summer we were saying to ourselves: ‘Can this really be true or what is it all a fluke?’

“The Supreme last year was just crazy and the stats backed it up: The time and the distance. That all said it wasn’t a fluke.” 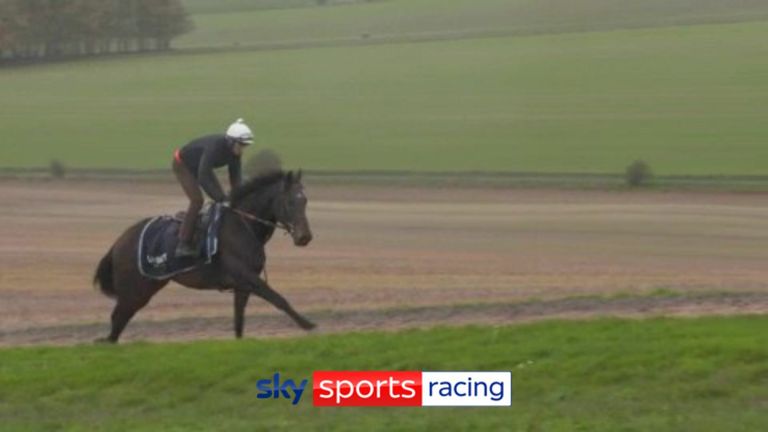 The reputation of both horse and trainer remain intact as Ascot approaches.

Their every step on the road to the Champion Hurdle, for which Constitution Hill is already as short as 6/5 favourite, will be scrutinised and debated, but Henderson is relishing the challenge.

“There’s obviously pressure but there’s also a lot of pleasure and that’s what keeps you going,” Henderson said.

He makes your life very easy. It’s like sitting on a riding school pony half the time. He just comes to life on the gallops. I’ve never felt anything like it, it’s like riding a Flat horse

“He is an extraordinary character as you can see when he’s walking around the yard, you wouldn’t give six pence for him because he looks half asleep. He eats and he sleeps but he does work.

“That’s one of his strengths. His mind game is incredibly good and when he’s doing his work, he just follows along and he does it.”

Constitution Hill’s relaxed nature has been evident from very early on, with former Champion Hurdle-winning jockey Barry Geraghty – who was tasked with helping the horse school as a three-year-old – feeling comfortable enough to sit his then six-year-old daughter on the gelding’s back.

“I was ringing Barry up and saying: ‘For goodness sake, you told me this was a good horse,” Henderson said. “He’s showing me nothing!’ He said: ‘I promise you, I promise you!’

“One morning somebody found the button that you have to press and once we found that he could go through a race with the same thing. 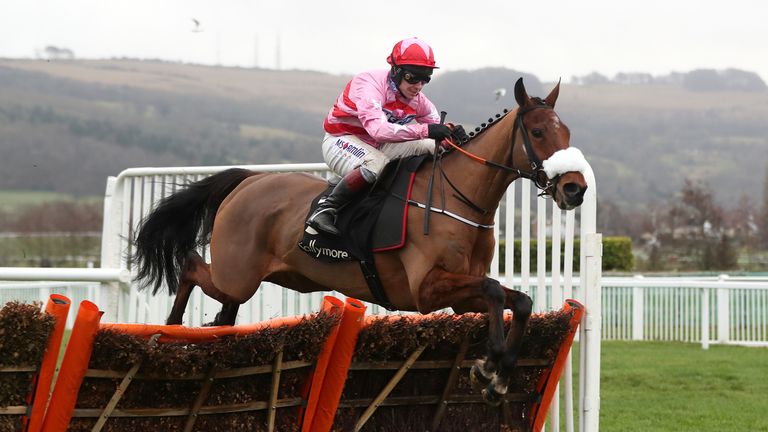 Trainer Olly Murphy says he is not going to be scared off by the prospect of coming up against superstar Constitution Hill in Saturday’s Coral Hurdle at Ascot, live on Sky Sports Racing.

Another horse who knows all about carrying the mantle as Henderson’s hottest prospect is Shishkin, a former Supreme winner himself from 2020.

Sent over fences for the 2020/21 campaign, the Joe and Marie Donnelly-owned star won all five starts as a novice chaser before adding last season’s Desert Orchid and Clarence House titles to his impressive CV. 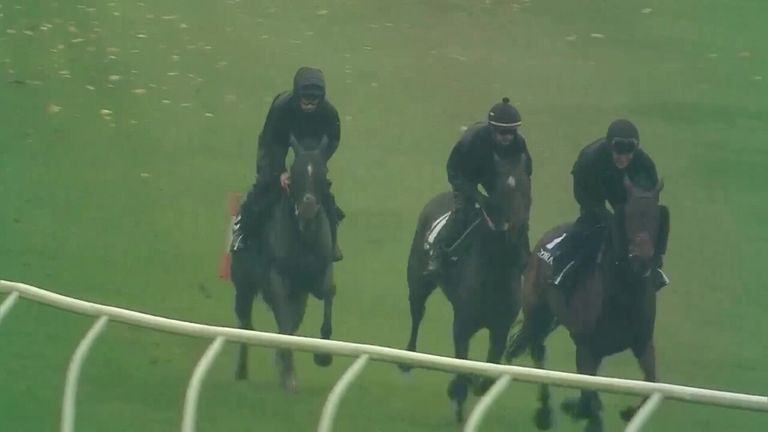 Nicky Henderson’s star chaser Shishkin (11) finished strongly at Newbury on Tuesday as he joined stablemates Champ (7) and Chantry House (5) for a racecourse gallop.

The latter race at Ascot produced one of the finishes of the year as Shishkin outbattled Willie Mullins’ Energumene in a thrilling duel.

The pair met again in a highly-anticipated rematch in the Champion Chase at Cheltenham in March, only for it all to fall apart in front of Henderson’s eyes as Shishkin was pulled up after jumping just eight fences.

“It seemed bizarre because we thought he was in great order the day before and yet the day after he was so bad, you wouldn’t know which leg he was lame on,” Henderson said. “They found five different hotspots which were causing it.

Nicky Henderson says the fire still burns bright in Arkle winner Shishkin who could return in next month’s Tingle Creek Chase at Sandown.

“I’ve no doubt Energumene is looking forward to a rematch.

“You’ve got to call it 1-1 but I don’t think it really was because we were pulled up before the fence so I don’t think Energumene can really claim to have beaten us.

“But, he [Shishkin] has got to come back to his best and that’s going to be quite a tall order.”

Like Constitution Hill, he’s very laid back and knows his job. He has his days when he’ll throw a shape and keep you on your toes but I don’t mind that at all

Having successfully begun his own chasing career at Warwick on Wednesday, Henderson will be hoping Jonbon – second to Constitution Hill in the Supreme before landing his own Grade One prize at Aintree – can follow in the footsteps of Shishkin.

He is now a general 7/4 for the Arkle at the Cheltenham Festival, a race won by his stablemate in 2021.

“He’s a beautiful horse,” Henderson said. “He’s the absolute opposite to Constitution Hill in that he’ll get pretty warm at the races. He’s naturally just a free sweater and gets himself a little on edge.”

It’s not that he’s naughty, he just likes to do his own thing every morning. If you keep him in his routine, he’s a happy horse and loves his work

In the same colours of powerful owner JP McManus, 2020 Champion Hurdle winner Epatante is all set to make her seasonal return in the Grade One Fighting Fifth Hurdle at Newcastle on November 26, live on Sky Sports Racing.

The eight-year-old took the race in 2020 but had to share the spoils last year after finishing in a dramatic dead-heat with Hughie Morrison’s Not So Sleepy.

That counted as one of three Grade One successes last season as she went on to collect the Christmas Hurdle prize at Kempton and the Aintree Hurdle over two-and-a-half-miles in April.

“She had a good year last year, winning two-and-a-half Grade Ones if you take into account the dead-heat in the Fighting Fifth,” Henderson said.

She’s an absolute pleasure and it makes my day coming in to ride her. Dare I say it, I think she’s better again this year. She’s come back stronger and has her confidence back

“She was very good at two-and-a-half at Aintree so that opens a few doors this season as well.

“She’s working very well. She’s carrying a bit of condition but she’s always a bit like that.”