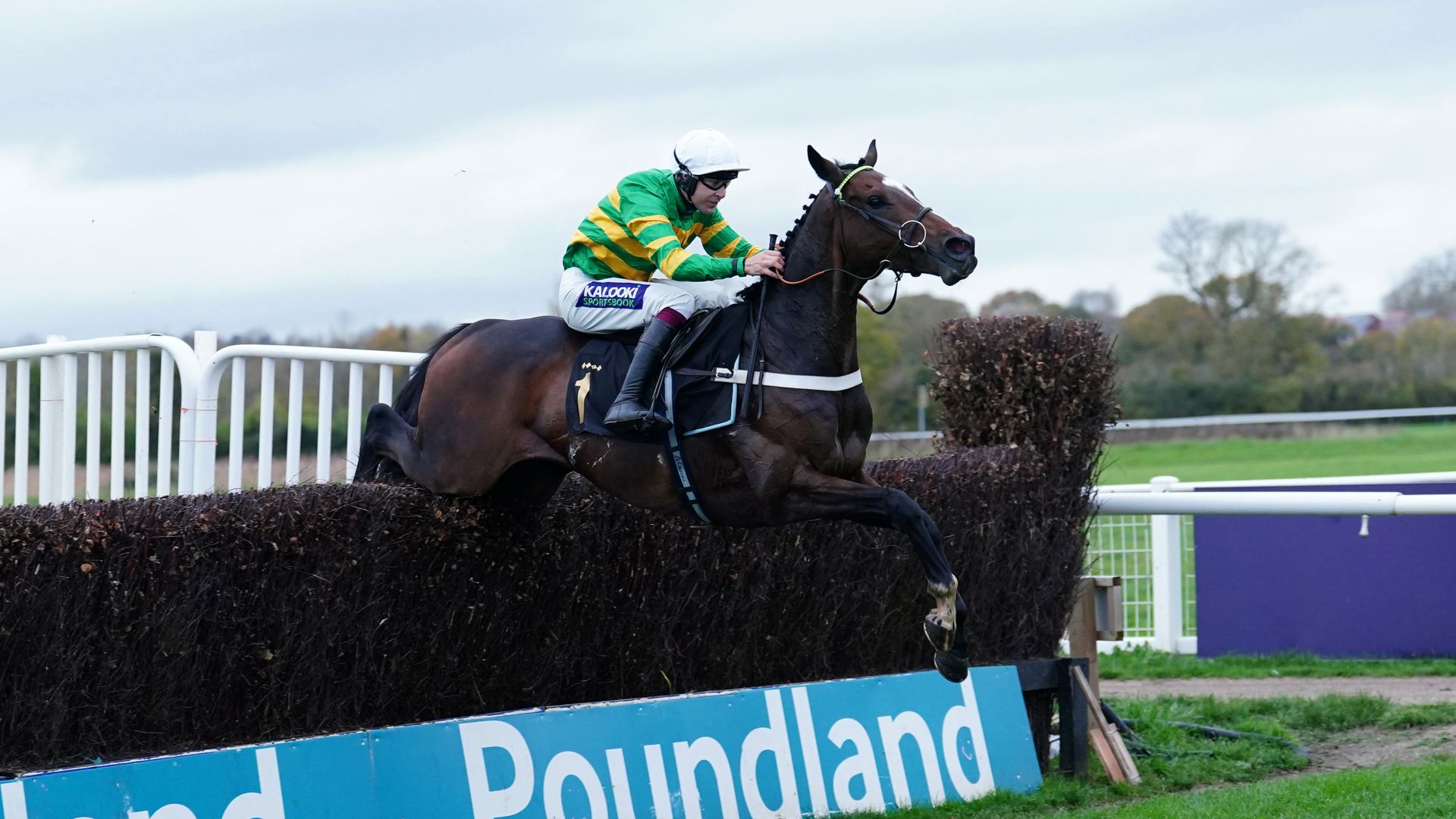 Jonbon made the perfect start to his career over fences with a dominant victory
in the Highflyer Bloodstock Novices’ Chase at Warwick.

Trained by Nicky Henderson, the £570,000 full-brother to the mighty Douvan won his only start in the bumper sphere at Newbury and was four from five over hurdles – his only defeat coming at the hands of his esteemed stablemate Constitution Hill in last season’s Supreme Novices’ Hurdle at Cheltenham.

Having taken a Grade One of his own at Aintree, the JP McManus-owned five-year-old was all the rage for his seasonal reappearance and fencing bow as the 2-5 favourite, despite facing two high-class rivals in fellow Grade One winner Monmiral and Greatwood Hurdle victor in West Cork.

There was no hanging around from flag-fall, either, with Jonbon and Aidan Coleman and Monmiral and Harry Cobden duelling for the lead clear of West Cork who was soon adrift of the others.

Jonbon was a little novice at the first obstacle, but was otherwise accurate at his fences and was particularly impressive in the back straight, at which stage his class began to tell.

Monmiral did his best to keep tabs on the leader, but Jonbon accelerated away from the third-last and only had to negotiate the two fences in the straight to seal his seven-length success.

Sky Bet were suitably impressed, with the winner now heading the market for the Arkle Trophy back at Cheltenham at 7/4.

Asked what how he rated the performance out of 10, Henderson said: “Well it has to be nine and a half, doesn’t it?

The idea would be the Henry VIII and I’ve got two and a half weeks, so hopefully that takes us into there.

“It’s a relief and it’s what we hoped for. He’s a pretty reliable friend and that is what we all hoped was going to happen.

“He was long at the ditch, but was still way out the other side, and then at the next one he shortened, danced and was away. At two fences he showed he can do both and at the rest of them he was fantastic.

“They went a good gallop. Most of ours are taking a run and I don’t see why he would be any different, but if he was fit enough to do what he had to do today.

“The timing was always difficult because we couldn’t find the ideal race. The plan is the Henry VIII at Sandown (on December 3), but it is quite tight.

“Luckily he didn’t have a hard race, but bear in mind these good horses don’t do this without putting a lot into it and he is on his nerves and sweats a bit – he puts everything in.

“The idea would be the Henry VIII and I’ve got two and a half weeks, so hopefully that takes us into there.”