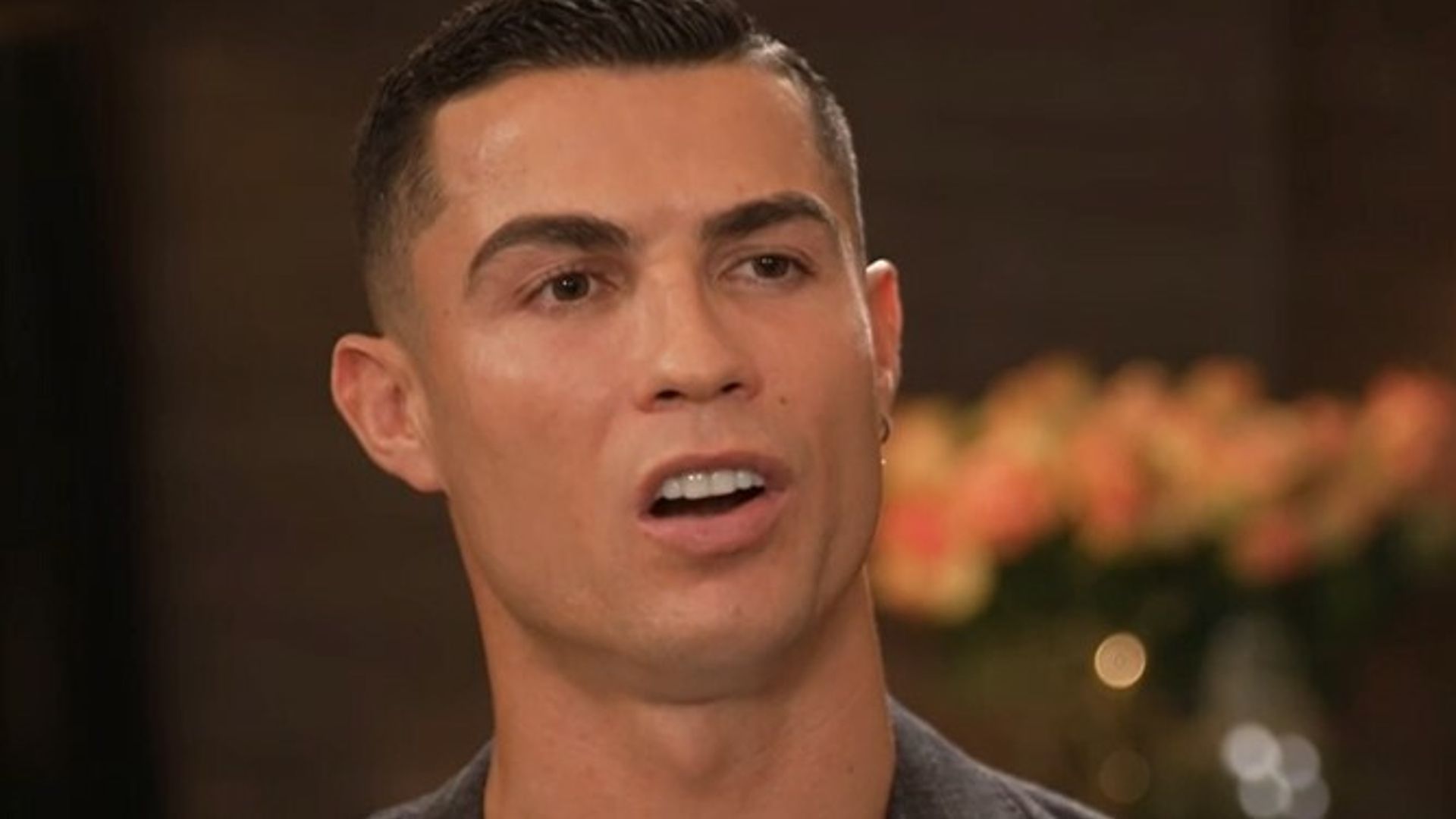 Cristiano Ronaldo has revealed that he was “close” to moving to Manchester City last summer and Sir Alex Ferguson’s intervention saw him choose Manchester United instead.

Speaking to Piers Morgan on TalkTV, the 37-year-old opened up about his criticisms of United, manager Erik ten Hag and other areas of his personal life.

The interview started with Ronaldo confessing he nearly joined United’s closest rivals City last summer from Juventus, but affirmed he did not regret returning to Old Trafford.

“Well, honestly, it [moving to City] was close. They spoke a lot and Guardiola said two weeks ago that they tried hard to have me.” Ronaldo said. “But, as you know, my history is in Manchester United. Your heart, you’re feeling the way you did before, and it made the difference. And of course, as well, Sir Alex Ferguson. It was conscious decision because the heart speaks loud in that moment.

“I think it [speaking with Ferguson] was the key. I wouldn’t say that Manchester City wasn’t close. But I think, I did [make] a conscious decision. I don’t regret at some point.

“And as you mentioned before, Sir Alex Ferguson was the key. I spoke with him… He said to me that, ‘It’s impossible for you to come to Manchester City’. And I said ‘OK, Boss’.

“So I took the decisions and I repeat: I was with conscience that it was a good decision.

“It was a good moment, nobody expected it. Things changed around in 72 hours. You plan or they spoke, not only Man City but other clubs too. Manchester United wasn’t part of those teams but it surprised everybody, even me.”

In a 90-minute interview with Piers Morgan Uncensored on TalkTV, Cristiano Ronaldo claimed head coach Erik ten Hag and others want him out of Old Trafford

‘United have stopped on a clock – it surprised me’

However, Ronaldo’s stance on United quickly changed, hitting out at the club for a lack of investment in infrastructure that “surprised” him.

Manchester United will not make a decision on Cristiano Ronaldo’s future until they see the full interview with Piers Morgan and remain calm about the situation.

Sky Sports News understands that Man United don’t accept some of the criticism Ronaldo made in the clips that have been aired so far.

Ronaldo criticised the club for a lack of investment in the 13 years since he left Old Trafford but sources have insisted United have invested in their facilities – notably the training ground, restaurant and swimming pool.

Ronaldo was also critical of Erik ten Hag but again sources insist Ronaldo was treated with respect by the club and the manager – in news conferences, Erik ten Hag always maintained Ronaldo had been given time off to deal with family matters.

“When I signed for Manchester United… I thought everything would be different, you know, the technology, the infrastructures and everything. But I was surprised, in a bad way, let’s say in that way, because I saw everything was the same.

“They stopped on a clock, in my opinion, which is something that surprised me.

“At United, the progress was zero, in my opinion. To compare with Real Madrid and even Juventus, they follow the rest of the world. So the technology, especially in terms of training, nutrition and conditions of eating properly and recovering better than before – surprised me.

“Manchester right now, to compare with that club, I think it’s behind in my opinion, which is something that surprised me. A club with this dimension should be the top of the tree in my opinion and they are not, unfortunately. They are not in that level. But I hope the next years they can reach to be in a top level.

“I don’t know what’s going on but since Sir Alex Ferguson left I saw no evolution in the club, the progress was zero.”

‘I never saw Rangnick as the boss’

Ronaldo also had choice words about former United manager Ralf Rangnick, who was brought in as an interim manager following the sacking of Ole Gunnar Solskjaer 12 months ago.

The 37-year-old admitted he had never heard of the German manager before and felt he was never really “the boss” at United.

“Of course, we have to call [him that] because he assumed the job regardless,” said Ronaldo. “All the coaches that I had in my career, I call them boss because if they assume the job we have to call in that way.

“But in the end, deep inside me, I never saw him as the boss because I saw some points [where] I never agreed [with him].

When asked if he felt that Rangnick and his coaching team knew what they were doing, he added: “No, they [did not]. They knew the club very well. But they [did not] know the main dimension of the club inside, the history of the club. Which, for me, surprised me even more.

“When you sack Ole Solskjaer, you should bring in a top manager, not a sporting director.”

‘Solskjaer did a good job, you need more time’

Speaking of Solskjaer, Ronaldo spoke positively about the former United boss and said the Norwegian manager did a “good job” at Old Trafford before Rangnick came in.

“I love Solskjær,” said Ronaldo. “I think he was a top person, because what I keep inside my heart, it’s the heart of the persons. And Ole for me, is a top person.

“It’s hard. It’s hard to assume [the role] after Sir Alex Ferguson, but I think he did a good job for sure.

“You need much more time. But I doubt that you’re going to be a good coach in the future. But it was a good experience. I was so pleased to work with him even for a short period.”

‘I’m an example… young players are not the same anymore’

Ronaldo also hit out at the younger players of this generation of footballers, saying they are not the same as when he came through.

The 37-year-old also described himself as an “example” for young players to follow and credited the former United players he grew up with as a reason why he is so successful.

“I’m not the kind of guy who likes to give advice as I prefer to be an example. Because I’m an example,” he said.

“I’m there every morning and do the same stuff. I’m probably the first one to arrive and the last one to go out. I think the details speak for itself. This is why I say, I like to lead by example.

“[In] all leagues in the world, the youngest [players] now, they are not the same as my generation. But we cannot blame them because, it’s part of the life, you know.

“The new generation and the new technologies, they distract them. But they are not the same [in the way] that they listen but this is why we have two ears, as you listen from one side and they go away from another side.

“So, it doesn’t surprise me. But in the same way it’s a little bit [of a] shame because if they have the best examples in front of eyes, and if they don’t, at least copy what [they] did.

“For me, it’s kind of weird, because I remember when I was 18, 19, 20, I always looked to see the best players: [Ruud] Van Nistelrooy, [Rio] Ferdinand, Roy Keane, and [Ryan] Giggs – this is why I have the success that I have and longevity. Because I take care of my body, my mentality, my head, because I see these guys and I learn from them.”

Piers Morgan Uncensored: 90 Minutes with Ronaldo is on TalkTV tonight and Thursday at 8pm.