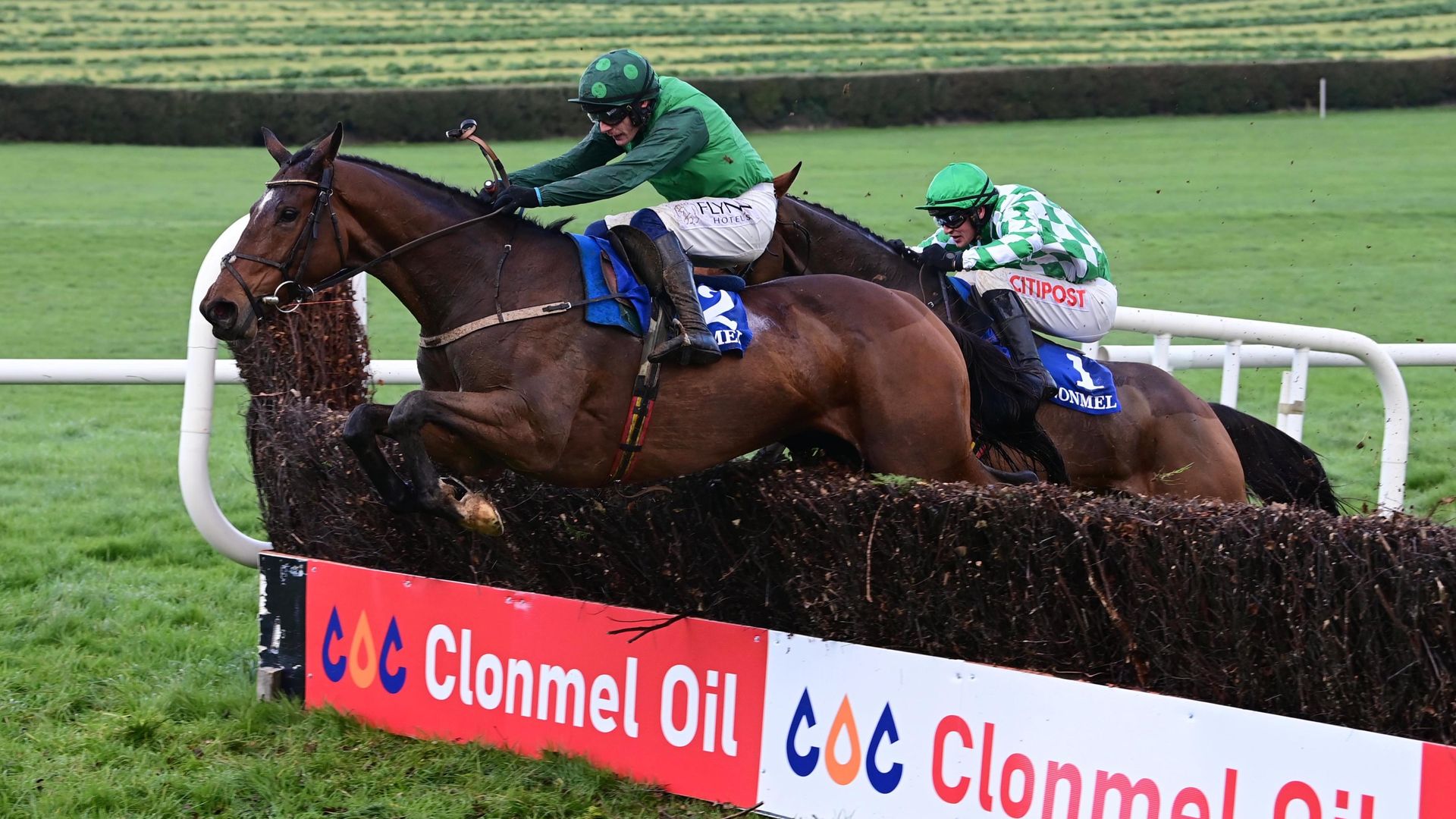 Blue Lord came from last to first to deny his King George-winning stablemate Tornado Flyer and provide Willie Mullins with a seventh victory in the Clonmel Oil Chase.

Champagne Fever (2014), Kemboy (2018) and Douvan (2019) are among the champion trainer’s previous winners of the Grade Two feature and he saddled two of the four runners this time around.

Blue Lord, whose only defeat in five starts over fences last season came when third in the Arkle at Cheltenham, was the 5-6 favourite in the hands of Paul Townend.

Last year’s shock King George hero Tornado Flyer, meanwhile, was a 9-2 shot under Danny Mullins. Unsurprisingly given he was dropping back in trip, Tornado Flyer was ridden aggressively from the front and had seen off both Darasso and Pencilfulloflead jumping the second-last obstacle.

Townend, however, produced Blue Lord with a well-timed challenge to grab the lead on the approach to the last and while Tornado Flyer fought back valiantly, he was a neck behind at the line.

Mullins was impressed with both horses, as were Paddy Power, who cut Blue Lord to 14-1 from 16-1 for the Ryanair Chase at Cheltenham and Tornado Flyer to 6-1 from 7-1 to successfully defend his King George crown at Kempton on Boxing Day.

“Paul said Blue Lord is a much stronger horse this year and I’m very pleased with that. I thought both riders gave their horses great rides,” said Mullins.

“Blue Lord was keen but was as relaxed as he ever is and he will be able to relax, rather than to be a front-running two-miler. He is a big unit and you wouldn’t want him standing on your toe! David Porter, one of the tallest guys in the yard, does an excellent job with him.

“Blue Lord might get an entry for the Champion Chase, but if I can find a programme over two and a half miles, the Ryanair Chase would look a possibility.

“Danny said Tornado Flyer took a good blow so he will improve and we’ll send him, and maybe both, to the John Durkan at Punchestown.

“If Tornado Flyer comes out of that well, the King George would look the plan.”