Buttler ‘not fussed’ about England ODI defeat to Australia 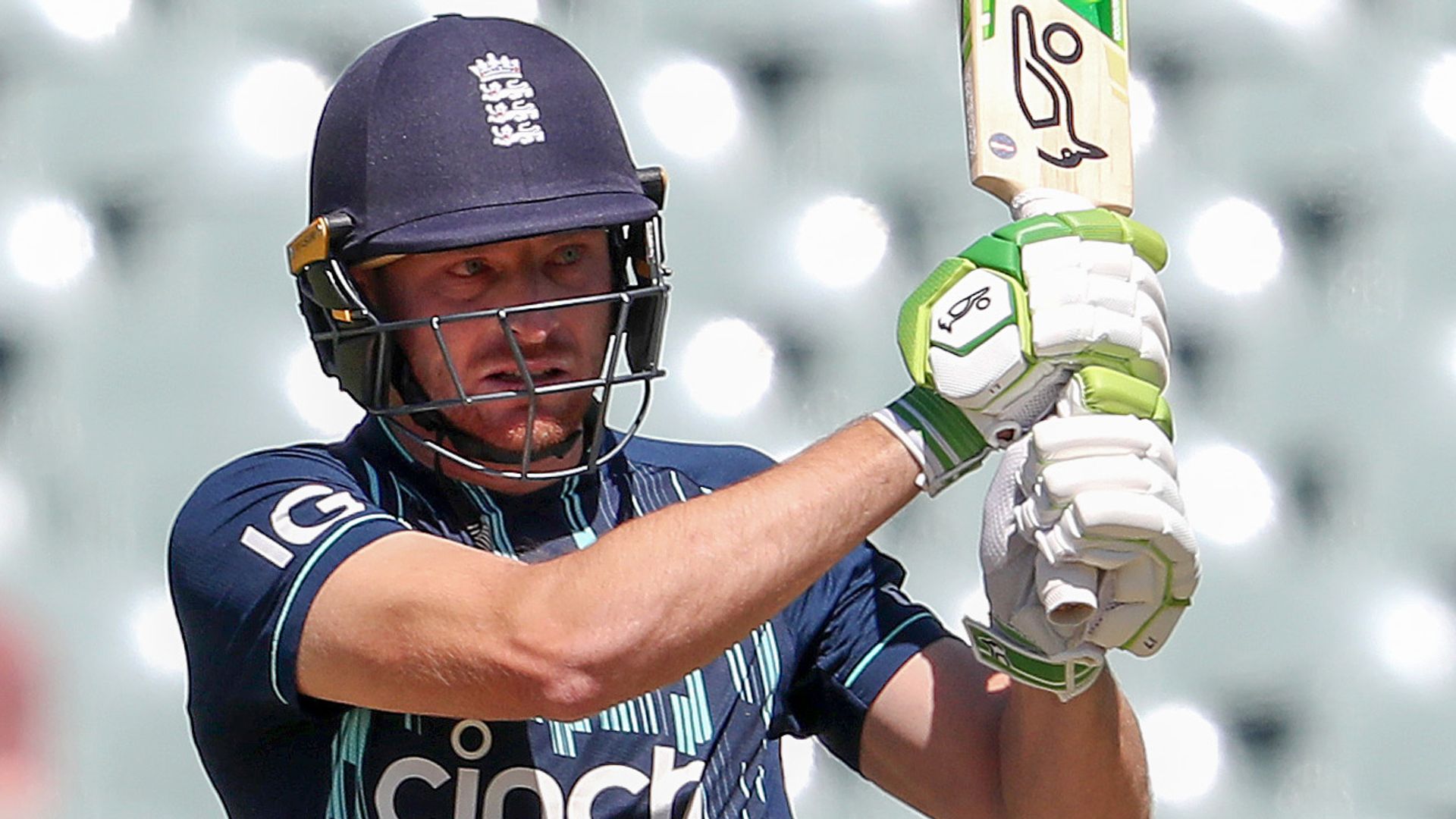 Jos Buttler says he has no concerns after a rusty England were beaten comprehensively by Australia in their opening ODI just days after being crowned T20 World Cup champions.

Matthew Mott made eight changes to the side that defeated Pakistan in Sunday’s final as he sought to use the swift turnaround as a window in which to hand opportunities to some of England’s fringe players.

A slow start with both bat and ball ultimately proved costly in Adelaide, the visitors falling to 66-4 early in their innings before struggling to make a dent in David Warner and Travis Head’s 147-run opening partnership, which laid the foundations for Australia’s pursuit of 288.

Steve Smith delivered ominous signs of a return to his imperious best with an unbeaten 80 to carry Australia over the line, though England did begin to adapt to the pitch to slow the hosts as the sun began to go in.

“Not fussed about the result at all, it’s all about the character we showed,” said skipper Buttler. “Wanted to play with intent. Dawid Malan a fantastic innings. To get to that score from the position we were in was brilliant.

“In the field we took risks and everyone responded. I’m sure we’ll make a few changes throughout the series, keep deepening that talent pool.”

Dawid Malan starred at the crease for England with 134 off 128 deliveries to steady the ship and help his side post 287 having seen six wickets fall during his time in the middle.

If not for the 35-year-old’s century knock the contest would have long been over before the time Smith sealed it with a six with 19 balls to spare.

“To be fit and perform like I did, it’s extremely satisfying after the disappointment of last week – disappointment but also the massive excitement and elation of winning that World Cup,” Malan said.

“There’s so much cricket coming up and I’ve got so much to play for still in my career. I still want to push myself into this squad and still want to be at the next T20 World Cup as well.”

It arrived on the back of Malan missing out on both the World Cup semi-final and final, England electing not to risk him for the latter despite him passing fitness tests after recovering from a left groin injury.

“We all have tough times in our careers,” he said. “Not being able to play the final was probably one of the toughest days I’ve ever had as a cricketer. That’s what sport’s like – it’s cruel sometimes.

“Understandably the decision was taken not to risk Woody and me, even though we’d done what was needed. I had a few tears that night, you never know how many World Cup finals you’re going to be a part of.

“If you’re just not fit and not able to do what’s required, it’s probably easier to take than to pass a fitness test and still be in a situation where you’re still at risk and you could still let the team down by pulling up the next day in the second over of the game chasing a ball.

“Mark (Wood) and myself had a two-minute chat. We both were gutted and then said ‘it’s not about us anymore it’s about what the team needed’. It’s in the past. We’ve won the World Cup, that’s all that matters.”

The win marked a perfect start to Pat Cummins’ reign as Australia ODI captain after succeeding Aaron Finch following his retirement in September.

Cummins finished with figures of 3-62 with the ball while finding encouragement at the top of the batting order, which saw Head fire 69 from 57 as he filled the spot also previously occupied by Finch.

“Fantastic performance, a team performance,” said Finch. “We came in here really fresh and keen to get back into it.

“Ash Agar into the team, Travis Head, they stood up. Everyone cracked on, it was great. Really pleasing to see classic Smithy. It came out alright today, in that last month or so each time I play I’m getting better.”

Prior: Good challenge for Buttler

Former England wicketkeeper Matt Prior welcomed the setback as a fresh test for Buttler.

“I think it’s a really important point, England have had the free hit if you will, everybody tired and celebrating, but hang on a minute, you’re still playing for your country, still playing for England, you’re still lucky to have that jersey on and you’re playing against Australia, the old enemy,” Prior said on BT Sport after the game.

“They’ve had their freebie, they’ve got to win the series 2-1 now. People will expect very quickly for them to turn it back on.

“This will actually be a good challenge for Jos Buttler as captain, because where is he mentally? He’ll be exhausted.

“Keeping wicket is hard enough, let alone having to captain, you’ve just won a World Cup and the intensity of it and everything else.

“But he’s going to have to lead from the front, galvanise the troops and say something along the lines of ‘right guys, enough is enough’.”

The ODI series continues in Sydney on Saturday, before the third and final match takes place in Melbourne on Tuesday. Both begin at 3.20am UK time, with over-by-over text commentary from the two matches live on the Sky Sports website and app.