Dubois preparing for Usyk or Fury | ‘He hits anyone clean, he knocks them out!’ 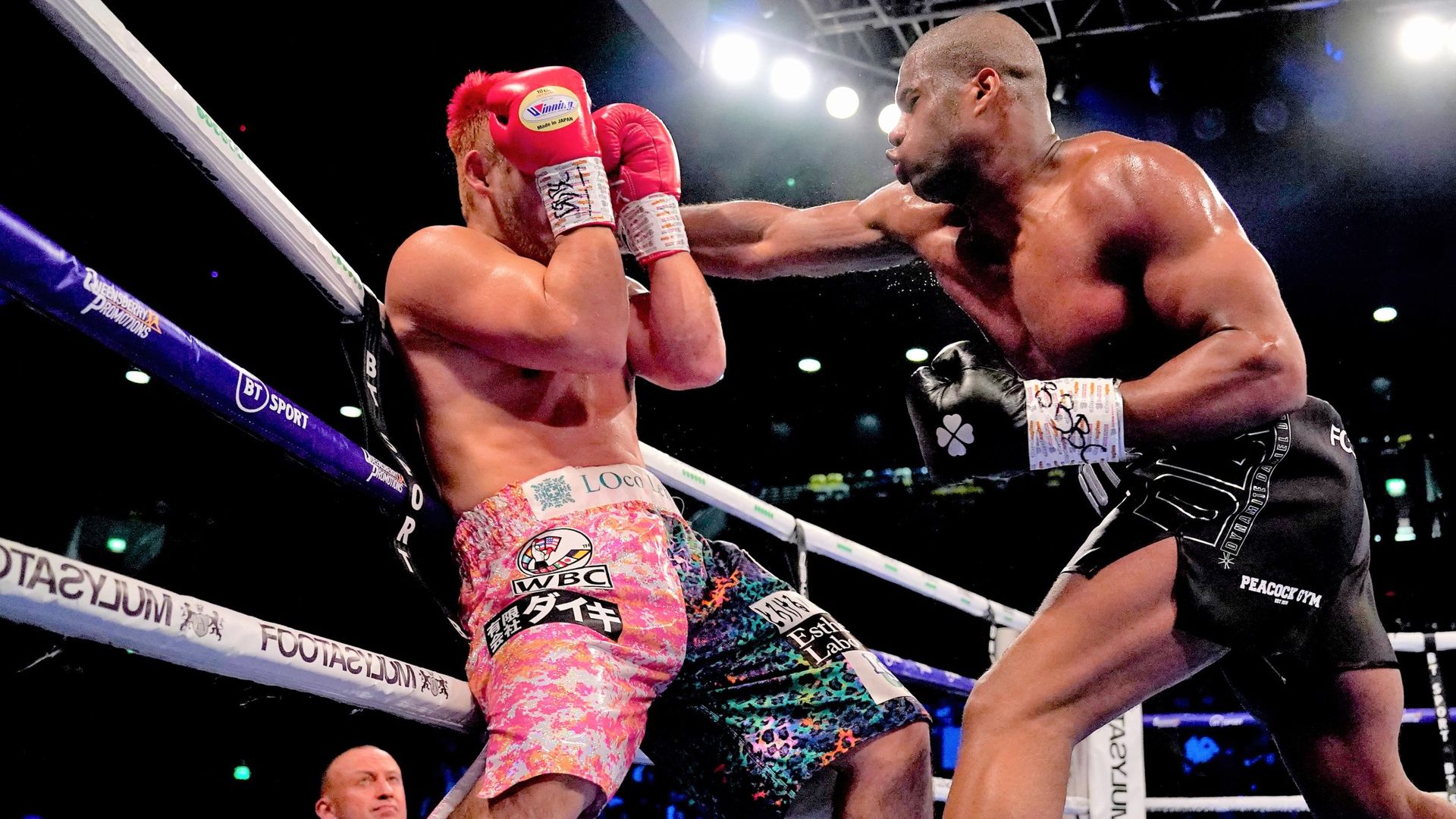 The young Londoner holds a ‘regular’ WBA belt. That title is lightly regarded, a secondary belt to the WBA heavyweight championship that Oleksandr Usyk holds along with the IBF and WBO titles.

But it leaves Dubois well placed in the division and in line to be the mandatory challenger for Usyk’s WBA title.

“He’s the WBA ‘regular’ champion. People might discredit it, we boxed Trevor Bryan for it. [But Dubois] still holds a version of a world title that puts him in line for being in a powerful position. He’s highly, highly ranked with the WBA,” Shane McGuigan, Dubois’ trainer, told Sky Sports.

Dubois’ team believes he is first in line to be called as Usyk’s mandatory challenger.

It’s why Dubois is fighting a southpaw opponent next in Kevin Lerena. “We need that prep. He needs prep to be able to do that,” the trainer continued.

“He’s got a slippery opponent in Kevin Lerena, a guy that’s come up from cruiserweight, decent mover, good head movement. He’s not like Usyk, he doesn’t dart around on his feet but he’s got the ability to move his head and he makes himself small, he’s hard to hit clean. It’s a good test for us.

“We need to get through this and see how he does with a southpaw.”

Dubois lost to London rival Joe Joyce in 2020 but has rebuilt since then. McGuigan wouldn’t hesitate to put him in with Usyk now.

“Not at all, you’ve got to take your opportunities whilst they get presented to yourself. We’ve been working together for over a year now, a year and a half. He’s getting so much better. He hasn’t had a chance to show it yet,” McGuigan said.

“He knocked out Bogdan Dinu, [Joe] Cusumano in America – knocked him out and then obviously knocked out Trevor Bryan. He actually had a virus and a flu on that fight week, we just went through with it. We just knew that he was going to do the job.”

Usyk is looking at meeting Tyson Fury in an undisputed heavyweight title clash early next year. That would take precedence over Dubois as a mandatory challenger and the Ukrainian’s team is confident that bout is on course to happen next.

But Dubois would push his claim for a shot at the winner, even if it was Fury.

He is boxing Lerena on the undercard of Fury’s title defence against Derek Chisora at the Tottenham Hotspur Stadium in London next month. That will see Dubois involved in a stadium show and gain further experience.

“It’s massive,” McGuigan said. “[Fury] wants fights in the UK, him versus Derek Chisora, even though it’s their third fight together, it’s still a British name.

“He [Fury] has got a great selection of heavyweights. He’s gone through two. He needs the AJ fight, which is probably going to take some time. He’s got Joe Joyce and Daniel Dubois.”

McGuigan is certainly convinced that Dubois has the punch power to be a problem for any heavyweight out there.

“We could easily be boxing Tyson Fury soon and yes Dan’s only 25. He needs to get let off the leash at some stage. I think to be honest with Dan’s style, Joe Joyce is probably the hardest fight out there for him, out of all of them,” he said.

“If he hits anyone clean – he knocks them out. Honestly.”