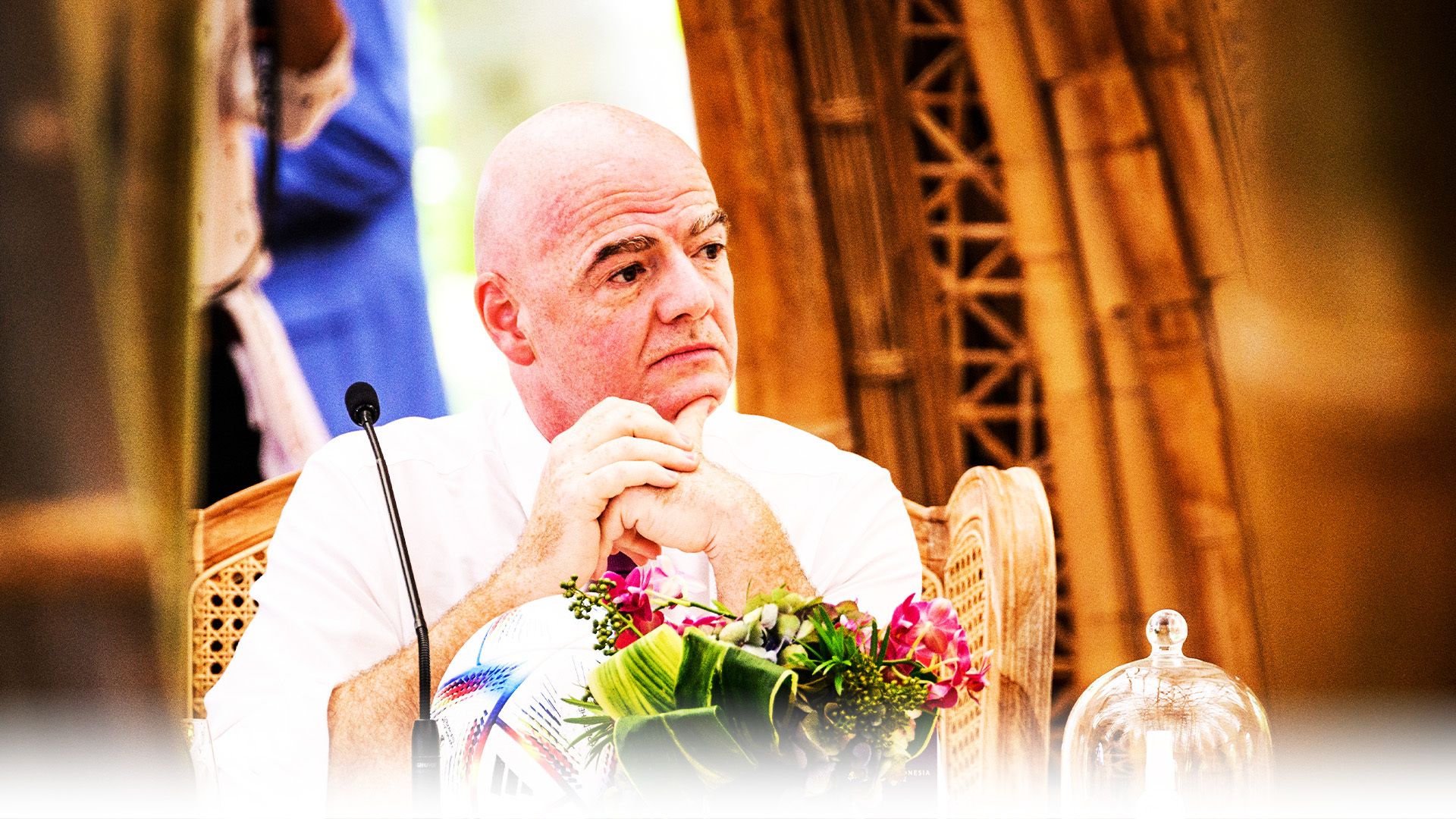 FIFA president Gianni Infantino is getting four more years in charge of football’s governing body after no candidate stepped up to challenge him.

FIFA said the 52-year-old Swiss lawyer was the only person to enter the race by the time the deadline passed – exactly four months before election day on March 16 in Kigali, Rwanda.

Infantino won a five-candidate race in 2016 to replace Sepp Blatter, and was re-elected unopposed in 2019. He is now set to stay in the job beyond the 2026 World Cup in the United States, Canada and Mexico. 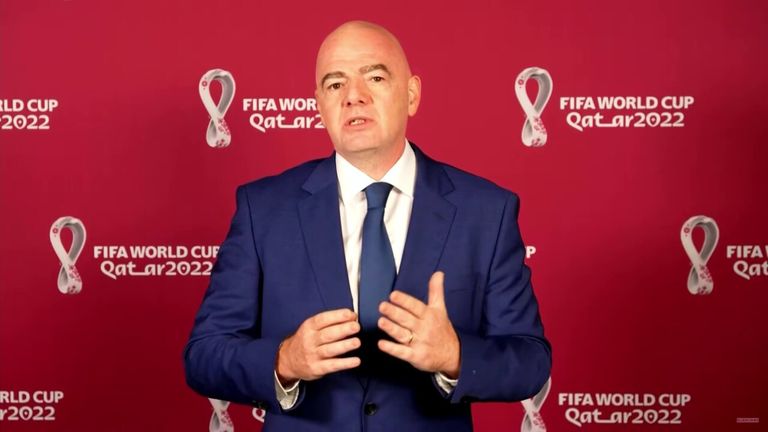 Infantino insists ‘everyone will be welcome’ at the Qatar World Cup regardless of their origin, background, gender, sexual orientation, religion or nationality

FIFA rules also permit Infantino to run for a final time in 2026, which would mean he would stay in power for another World Cup cycle until 2031.

A quirk of FIFA’s statutes means the first three years of Infantino’s presidency – when he completed an unfinished term started by Blatter – does not count against the 12-year limit agreed to in reforms passed during a prolonged corruption crisis before his first election.

One political threat to Infantino’s leadership is an investigation by two special prosecutors in Switzerland into his three undocumented meetings with then-attorney general Michael Lauber in 2016 and 2017, during American and Swiss federal investigations of football officials.

It is currently unclear how that case, which is being overseen by the Swiss parliament, is proceeding or how much jurisdiction it has over Infantino as a private citizen. He has denied all wrongdoing.

Infantino still needs to pass an integrity and eligibility check carried out by a FIFA-appointed review panel chaired by a judge from India, Mukul Mudgal.

Europe and South America will field competing bids to host the 2030 World Cup, which is set for a vote by FIFA members in 2024.

Ukraine was added in October to the co-hosting bid by Spain and Portugal, while 1930 host Uruguay is part of a centenary celebration bid with Argentina, Chile and Paraguay.

FIFA president Infantino is “deluded” to expect World Cup participants to be silent on human rights issues during the tournament in Qatar, the chief executive of Kick It Out has said.

Infantino wrote to all 32 competing nations earlier this month urging them to focus on the on-field action and “not allow football to be dragged into every ideological or political battle that exists”.

The 12-year run-in to the finals in Qatar has been beset by controversy over the country’s treatment of migrant workers and the safety of local and visiting members of the LGBTQ+ community in a country where same-sex relationships are criminalised. 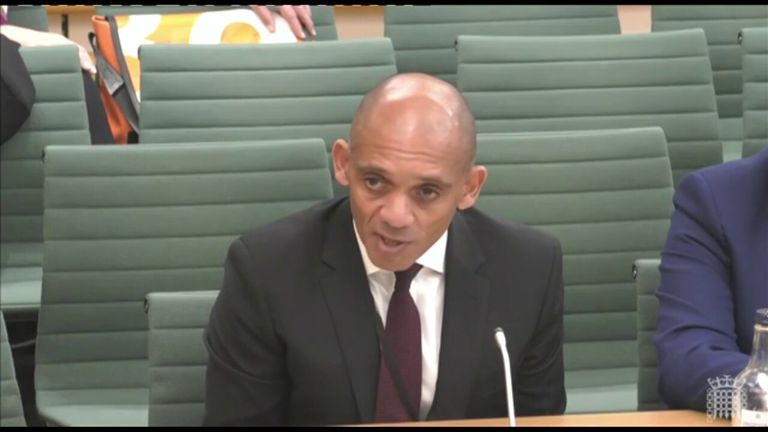 Kick It Out CEO Tony Burnett, raises awareness of racism becoming more and more apparent in all levels of football, from grassroots upwards in today’s society

Tony Burnett, who has previously likened awarding the finals to Qatar to giving the tournament to apartheid-era South Africa, was unimpressed by Infantino’s move and believes LGBTQ+ players would be within their rights to question FIFA’s fitness to govern football.

“[The letter] is bizarre. I think it’s deluded to a large degree, because if you make a decision to hold a World Cup in a country that is not inclusive for any group of people, and then you expect people to be silent about it and just get on board, believing that football is somehow detached from broader society, it’s just ridiculous,” he said.

“If I was an LGBTQ+ player, across football, and that is what’s being said from my governing body, I’d have serious question marks about the fitness for purpose of my governing body and its ability to represent my views. So no, I don’t agree with what FIFA said at all.

“I also think it’s completely unfair that we should ask our players and our coaches and managers to answer questions based on politics and based on inclusion when actually the people we should be asking about it is FIFA, who made the decision in the first place.”