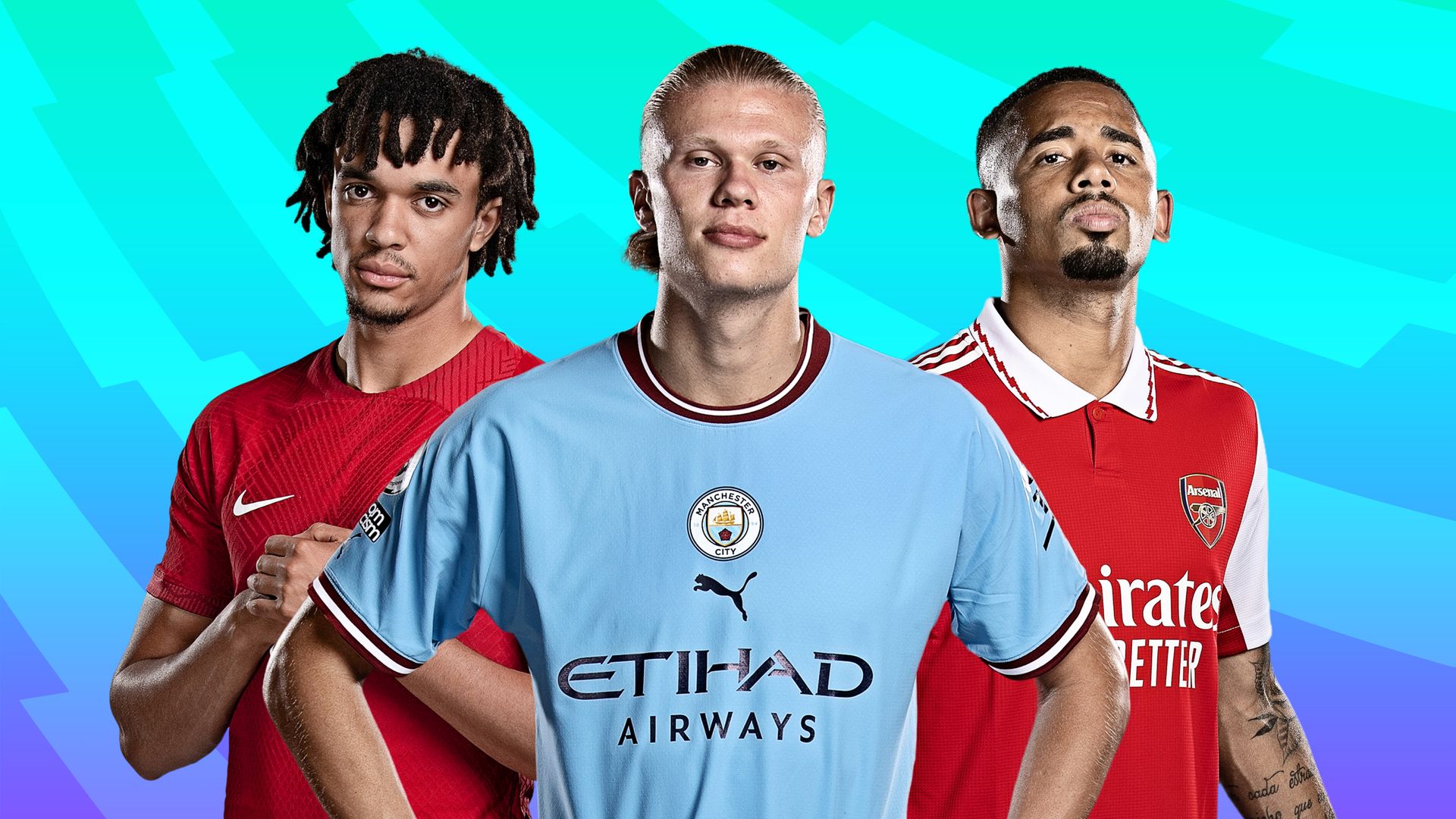 With Fantasy Premier League taking a break during the World Cup, Sky Sports asks the FPL experts for a half-term report after 16 gameweeks of action.

In our latest column, Holly Shand and Wes Prickett (FPL Heisenberg) look at the biggest takeaways from the first half of the season, assess the most surprising players and discuss their approach for when FPL returns after the World Cup.

What is your biggest takeaway from the first half of the FPL season? 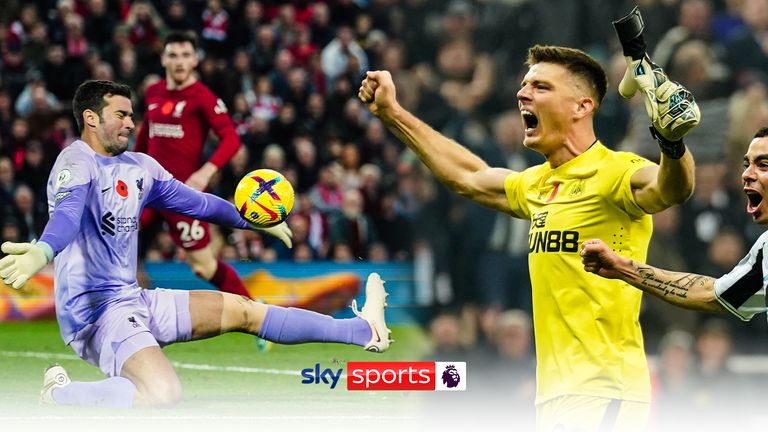 Our pick of the best saves from matchweek 16 in the Premier League, including stops from Nick Pope, Jordan Pickford and Alisson.

Holly Shand: Newcastle assets need to be held in high regard: the highest scoring goalkeeper, defender and midfielder in the game all come from Tyneside. I never even considered a Newcastle player in my Gameweek 1 draft and it will be my top priority after the break to triple up on their assets.

FPL Heisenberg: My biggest takeaway is that I’m glad I still have all my chips left. The reason for this is there’s always double and blank gameweeks in the second half of the season, and with the postponed games in Gameweek 7 and 8 there’ll be even more than usual, so having the Free Hit, Bench Boost and Triple Captain will be invaluable.

What was your biggest wrong call or worst prediction? 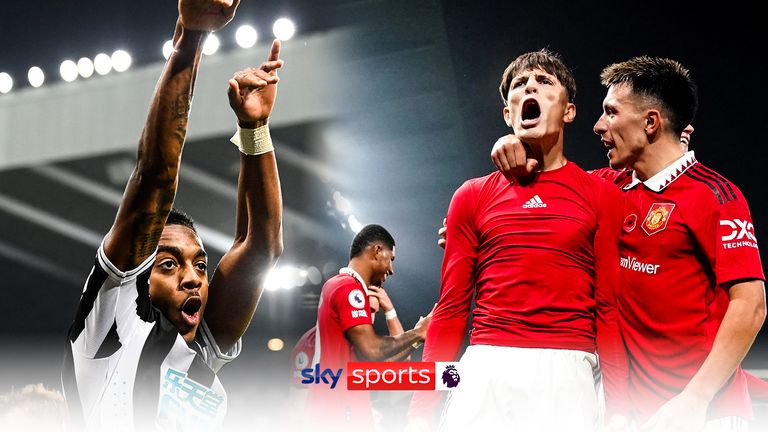 Our pick of the best goals from matchweek 16 of the Premier League season.

Holly Shand: I expected Erling Haaland to start slowly, especially with his fitness and lack of minutes in pre-season. I couldn’t have been more wrong! He’s made one of the fastest starts in Premier League history and could end the season as the highest-scoring player in FPL ever. He’s been the most prolific asset in my time playing the game. Luckily I’ve owned him since Gameweek 2!

FPL Heisenberg: Pedro Neto. I thought he would be a decent budget option but it just didn’t work out that way.

Which player has surprised you the most and why?

Holly Shand: Miguel Almiron. I categorically ignored him for weeks as I couldn’t see his returns being sustainable, after returning nine goals and six assists in three and a bit seasons previously. However, he’s already registered eight goals and two assists this season and shows no signs of slowing down, with solid underlying numbers to assume these returns can be sustainable.

FPL Heisenberg: It’s got to be Miguel Almiron. He had a great pre-season and with Newcastle improving I did fancy Almiron to have his best-ever season in a Newcastle shirt, however, I did not think he would be as good as he’s been. He will provide real value in the second half of the season too.

Which player has disappointed the most and why?

Holly Shand: Trent Alexander-Arnold was one of the first names on my Gameweek 1 team-sheet but he’s delivered very little and has been one of the key reasons why Liverpool have failed to keep a significant number of clean sheets so far this season. He epitomises the demise of the premium defenders in the game this season.

FPL Heisenberg: Probably Trent Alexander-Arnold. He set his standards so high, so when the attacking returns and clean sheets dry up it’s a shock to us all. Apart from the big haul in the Bournemouth game, he’s had a really poor season so far.

Gameweek 17 is a month away but what players and teams are on your radar? 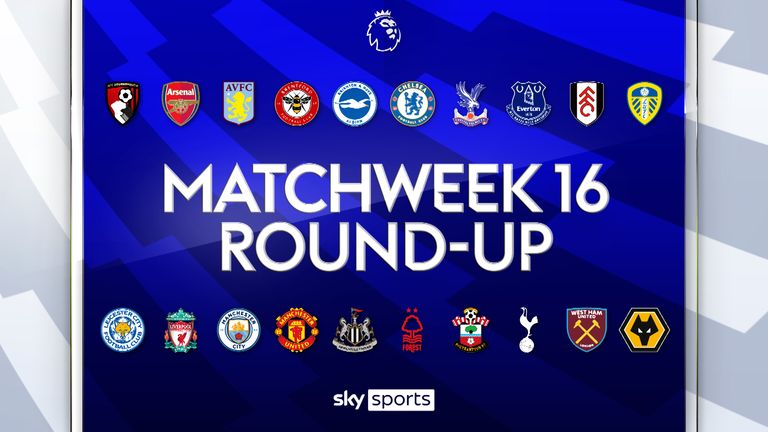 A round-up of all the Premier League action from Matchweek 16 as Brentford shocked Manchester City and Manchester United scored a late winner against Fulham.

Holly Shand: As the side who top the Premier League over Christmas, assets from Arsenal should be a key consideration and I’ll likely opt for three of their assets. Their fixtures are mixed but they are likely to deliver the consistency that we need despite this.

FPL Heisenberg: It’s really important NOT to think about this right now, you don’t want to get locked onto a certain player, then not be able to change your mind the closer we get to Gameweek 17. Therefore, I will not think about my FPL team until around seven days before Gameweek 17 kicks off. At that point, we’ll have much more information to work with (who went far in the World Cup etc.)

Will you be taking a different approach in the second half of the season?

Holly Shand: I’m tempted to go with a 3-5-2 formation for the resumption of the Premier League and with three premiums if I can squeeze them in: you get what you pay for in FPL! We do need to be mindful of double gameweeks and chips still to be played in the second phase of the season.

FPL Heisenberg: Possibly, as we know who the best budget enablers are it’ll be easier to build a solid team whilst upgrading from two to three premiums. I will still play 3-4-3 and I will strongly consider going with three premiums given how consistent the likes of Haaland, Kane, De Bruyne and Salah have all been, three from these four feels optimal.