Why are ACL injuries so common in women’s football? 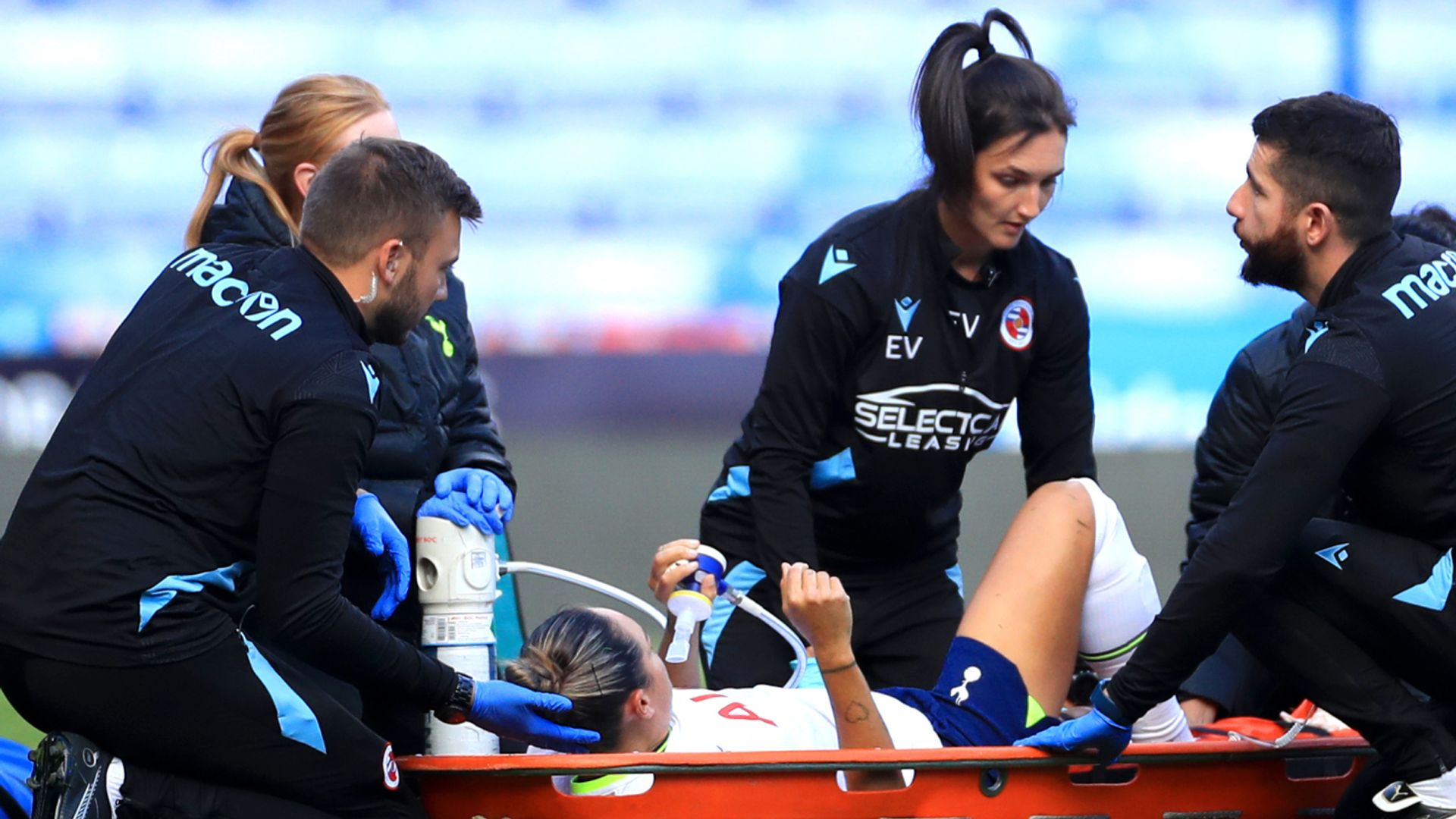 Female footballers are up to six times more likely to suffer an ACL injury than their male counterparts, and Inside the WSL sat down with players, physios and doctors to try and find out why.

Unfortunately, it’s not an uncommon sight to see a women’s club announce a player will be sidelined with a ruptured ACL. West Ham’s Jessica Ziu, Aston Villa’s Chantelle Boye-Hlorkah and Tottenham duo Kyah Simon and Ellie Brazil are just some of the players to be ruled out this season alone.

The issue also came to the fore during the summer’s European Championships. Ballon d’Or winner Alexia Putellas missed the tournament after rupturing her ACL just days before Spain’s opening game. Simone Magill also picked up the same injury in Northern Ireland’s opening game of the tournament against Norway, just days after signing for Aston Villa.

France striker Marie-Antoinette Katoto also limped off in their second group game against Belgium, having also ruptured her ACL. She had been one of the favourites to win the Euro 2022 Golden Boot.

You could keep reeling off the names of female players who have gone through the long process of ACL rehabilitation, but as yet, very little scientific research has been done into why women are more likely to suffer from the injury than men.

There are theories such as menstrual cycles playing a key role, although as yet, there hasn’t been enough research to support it.

Speaking to Inside the WSL, female health specialist Dr Emma Ross explained: “We know female athletes are up to six times more likely to have a non-contact ACL injury than their male counterparts.

“We published a paper about a year ago which showed that, in sport and exercise science research, only about six per cent of the studies are done exclusively on females – meaning they study things that are happening to the female body – so we don’t have a lot of research on female athletes.

“But what we do know about the menstrual cycle and injury is that the changing hormones across the cycle can impact the physiology and biomechanics of the body.

“For example, when oestrogen is elevated in the menstrual cycle, and that happens in about the second week, it can affect the stability of joints. It can interfere with the collagen in our joints and it can create looser, more lax joints. A loose joint is therefore less stable and more inclined to injury.

“So we do have some information about loose joints, but what we don’t have is the end step of whether that really does increase the risk for injury in female athletes.”

Arsenal Women physio Gary Lewin also agrees that menstrual cycles can play a part in the increase in ACL injuries.

He said: “In general, I would say there is a link. What that link is, we haven’t found out definitively that I know of. There’s some assumptions and the different phases of a menstrual cycle lead to different levels of fatigue, co-ordination, which could result in a loss of power.

“That could be linked to the cause of them rupturing their cruciate. But women’s sport needs more research in general because a lot of the research is based on men’s sports.

“Another thing I found in the short time that I’ve been in women’s football is there’s a thing called an osteochondral defect, which is where the bone gets involved and there’s degeneration of the bone.

“For me, there’s a factor in women’s football where this occurs more regularly than we know. Again, that’s an area that I’d like to research and that can be linked in with cruciate injuries.”

One WSL player who has had two ACL injures in recent years is Manchester United defender Aoife Mannion. Shortly after joining Manchester City, she suffered a serious ACL injury in October 2019. Coupled with Covid postponements, Mannion spent 458 days away from pitch and made just 11 appearances for City.

She left the club at the end of her contract, moving to the other side of Manchester last summer. But after a good start under Marc Skinner, ruptured her ACL again in March 2022. She is edging closer to a return eight months on.

“The first time I did it, it was a clear out of body experience,” she told Inside the WSL. “I knew that something had happened, I’d be saved of some of the pain that some people have but I certainly heard it go.

“I’ve had one where it was a very simple ACL and previous one was a very complex one. In terms of contributing factors, we’ve spoken about menstrual cycles maybe. It’s hard as a footballer to start to think in that way in terms of ‘is my body at certain times of the month making me more likely to have an ACL injury’.

“Everything I do is to give me the best chance of not doing it again and getting back to full fitness. I’m aware of the research, I love looking at things and hearing people’s experiences, people who are passionate about ACL rehabs and stuff like that.

“I guess I’m a bit of a geek in that category. At the moment, I’m rehabbing an ACL so I like to hear the research.”

Mannion has been open about both of her ACL injuries and the rehabilitation process, often posting on social media to give updates on her progress.

When asked why, she explained: “The motivation is slightly selfish because I know when I share, kind-hearted people will encourage me and why wouldn’t you want that.

“I would encourage everyone to do a bit of that, to share what they’re doing because people who are on the same wavelength and get it will send encouragement and you have to take all the encouragement you can get.

This all leads to the big question – what can be done to help prevent so many female footballers from suffering with ACL injuries?

Dr Ross gave her view, saying: “We need to start measuring the hormones because they are changing across a month and we think that might be impact on things like joint stability and injury risk.

“That comes at a cost and it’s quite an involved way of researching because you have to follow athletes and get them to track hormones, track their symptoms and track their cycle.

“You also have to wait for them to be injured. The one big challenge about injury research is that it’s mostly done retrospectively because we don’t know who’s going to get injured when and why.

“There are a lot of myths out there about the menstrual cycle and injury. In fact, when we go and talk to athletes and footballers, they often say they’re nervous if they get their period and have a game because they think they might be injured, particularly if they’ve been injured before.

“This is an anxiety that they will take into their performance and unfortunately, we don’t have strong enough evidence to say ‘yes, there is a definite time of your cycle when you are more likely to be injured’, but we have lots of headlines which suggest it. Players will read that and start to get worried.

“At the moment, the best we can do is get players to track their cycles and if they are someone who does feel like their hamstring is tighter or their back niggle flares up at a certain time of their cycles, they are better informed to work with their physios and coach to do something about that.

“When people find approaches that have really been useful for them as a female athlete working with their female body, sharing that with other female athletes who may not have access to that information is super helpful.

“We have to consider that everyone is unique and the same approach may not work the same for someone else, but sharing best practise and successful rehabilitation is really important so that we can improve everyone’s understanding of what could work when it comes to injury and injury resilience in footballers.”

Watch the full feature on Inside the WSL from 6.30pm on Thursday on Sky Sports Football.