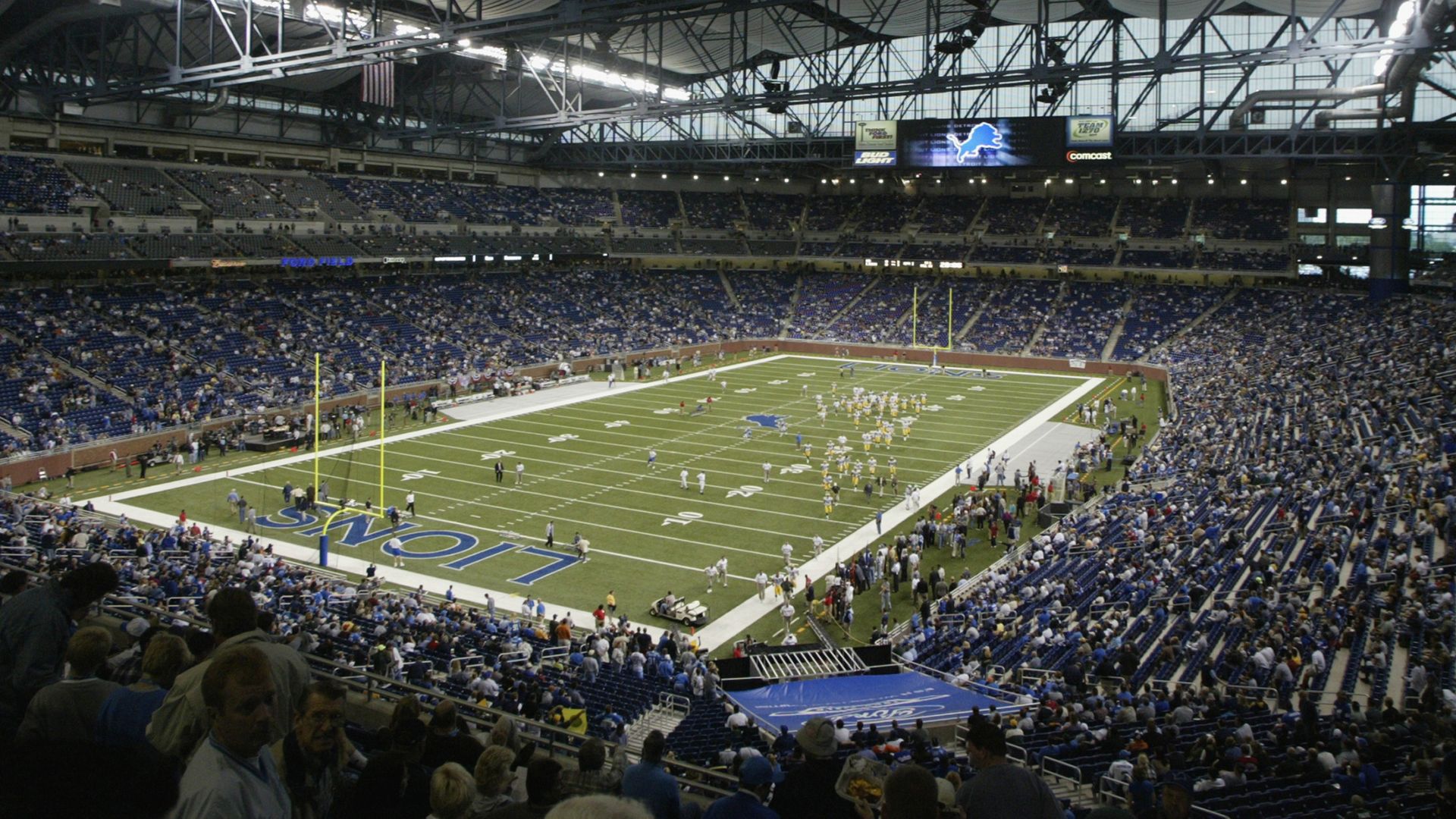 Erie County, which encompasses Buffalo, declared a state of emergency on Thursday and imposed a driving ban starting at 9pm local time for all but authorised emergency travel; the Bills will now play back-to-back games in Detroit, as they also face the Lions on Thanksgiving Thursday

The Buffalo Bills’ home game against the Cleveland Browns on Sunday will take place at Ford Field in Detroit, due to a severe snow storm expected in western New York.

Confirming the move in a statement on Thursday, the NFL cited “public safety concerns” due to the extreme weather expected in Buffalo. Forecasters believe as much as four feet (1.2 meters) of snow could fall by the end of the weekend.

The storm is also projected to bring wind gusts off Lake Erie as high as 35 mph, making travel conditions hazardous and potentially leading to power outages.

Erie County, which encompasses Buffalo, declared a state of emergency on Thursday and imposed a driving ban starting at 9pm local time for all but authorised emergency travel. The Buffalo Public Schools district has announced it is cancelling all classes and closing its central offices on Friday.

New York Governor Kathy Hochul said in a press briefing on Thursday that the impending lake-effect blizzard was “life threatening”.

“I want western New Yorkers to take this seriously,” she said. “What we are talking about is a major, major storm. This is considered an extreme weather event. That means it is dangerous.”

Complicating any potential postponement of the Bills-Browns game was the fact that Buffalo are set to play the Detroit Lions on Thanksgiving Thursday, just four days after their hosting of the Browns. With the relocation of Sunday’s game, the Bills will now play back-to-back games in Detroit.

The game will kick-off on Sunday at 1pm local time (6pm UK time) as originally scheduled. The Lions themselves are on the road this Sunday, visiting the New York Giants.

The NFL added in its statement: “The decision to move the game from Highmark Stadium in Orchard Park, N.Y. was done in consultation with the Buffalo Bills and local and state authorities as the region prepares for the storm.”

The Bills have had a home game moved previously because of a snowstorm, in November 2014, when they defeated the New York Jets 38-3 in a game also played at Detroit’s Ford Field.

On that occasion, the Bills left for Detroit on the Friday, where the team spent the weekend practising at the Lions’ facility. Buffalo had to arrange for snowmobiles to pick up some players who were unable to dig their cars out of the snow in order to get them to the airport.

The Bills last played in a snow game as recently as 2017, when hosting the Indianapolis Colts on December 10 that year, despite a heavy snow storm dumping 16.7 inches on the field of play. The Bills ultimately won the game 13-7 in overtime.

“It was surreal,” Bills safety Jordan Poyer recalled. “You come in the tunnel the grass is green, when you come back out it’s two feet of snow.”

The Bills, many people’s pre-season Super Bowl pick, dropped to 6-3 last week with a home loss to the Minnesota Vikings (8-1) in overtime. They hope to avoid three defeats in a row against the Browns (3-6).

Not helping matters, Buffalo cancelled team practice on Wednesday due to an illness-related player shortage. Due to limited player availability, the team just did positional work with those healthy and available.