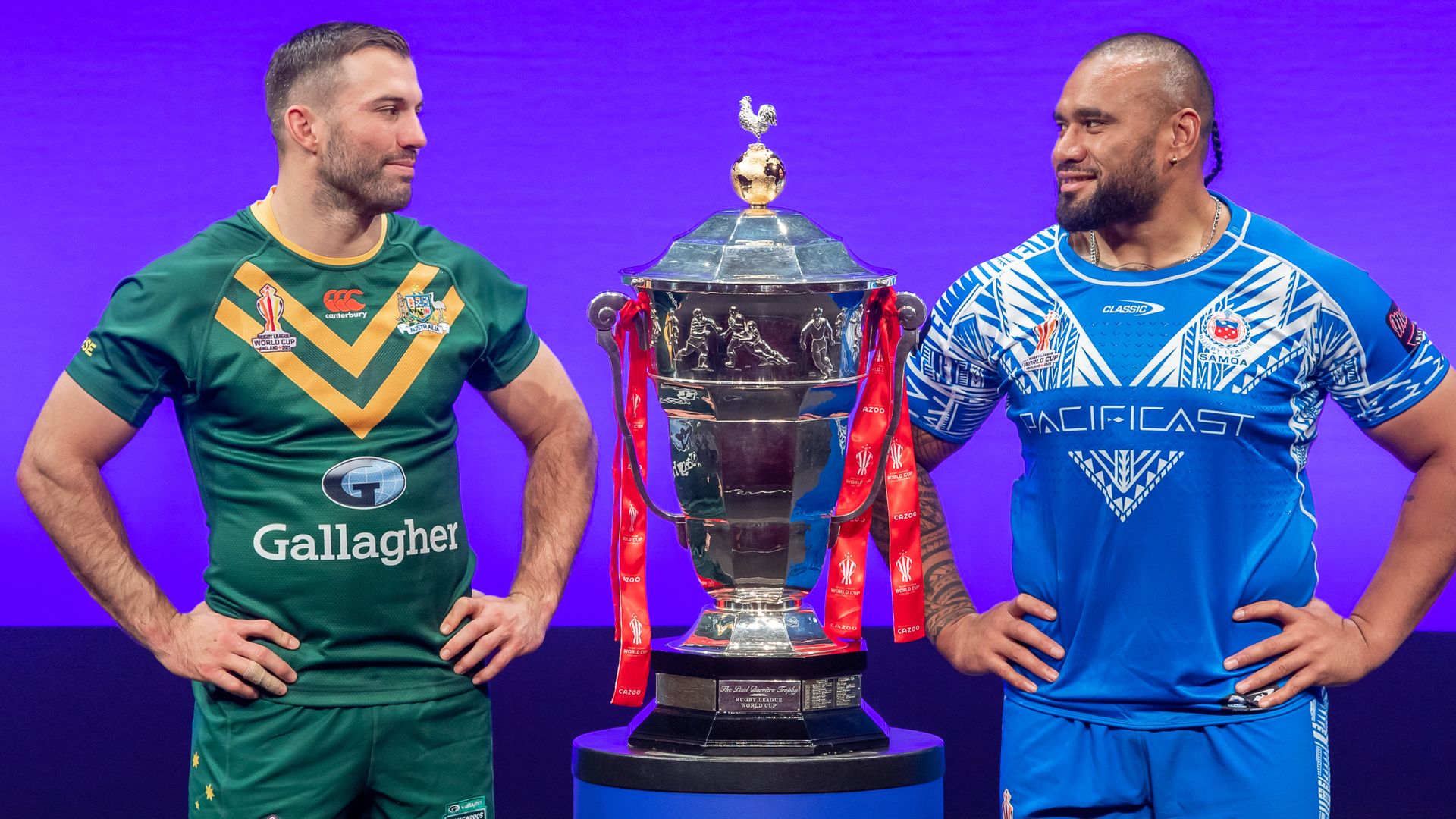 Meninga full of respect for Samoa

When it comes to international rugby league, there are few who would argue that Australia are the undisputed kings of the global game.

The Kangaroos have lifted the World Cup 11 times since its 1954 inception, winning 10 of the past 11 tournaments, and stand on the verge of yet another triumph at Old Trafford on Saturday.

Australia’s route to the final

Head coach Mal Meninga, one of the greatest to pull on the green and gold jersey, was part of some of those iconic Kangaroos teams during his playing days.

But the 62-year-old knows Australia cannot afford to underestimate a Samoa team which is packed with NRL and Betfred Super League talent and has overcome both a highly-rated Tonga team and hosts England in the knockout stages to reach the final.

“As [Samoa head coach] Matt [Parish] has mentioned numerous times, it’s not how you start, it’s how you finish. They played really well against the English and deserve to be here.

“We’re not underestimating them – we’ve got full respect for them. We need to prepare well and be at our best to win it.”

Even so, Australia head into Saturday’s showdown at Old Trafford as significant odds-on favourites and Meninga is determined to ensure complacency does not creep in for his side.

“We’re expected to win all the time, that’s the burden we carry but we still play with passion and commitment that is conducive of being Australian,” Meninga, whose were run close in the 16-14 win over old rivals New Zealand in the semi-finals, said.

“I’m an internationalist, I want the international game to thrive. It’s been a great World Cup and to play Samoa in the final is great testimony to the way the game is developing – it’s going to be a fantastic game.”

When Chanel Harris-Tavita steps out onto the field for Samoa on Saturday, he will be playing in what is set to be his last game of rugby league at the age of just 23.

The New Zealand Warriors player decided earlier in the year he would call time on his career after suffering an injury in an NRL match against Melbourne Storm, opting instead to pursue his interests in travelling and writing.

Harris-Tavita may yet return to the sport in the future, but if he does not then there could hardly be a better way to sign off than making history as part of the first Samoa team to claim the Rugby League World Cup.

“It’s been hard for me to make this decision because there is obviously a lot of money in this game, but it’s a short career,” Harris-Tavita said.

Samoa’s route to the final

“It was actually after I ruptured my testicle [against Melbourne in April] I spent a bit of time on myself thinking, contemplating my next contract and I thought the decision I made was the best decision for me moving forward.

“It’s just an honest decision. I don’t feel like I want to keep playing so I’m trying something else and people are being really supportive – I can’t thank them enough for that.

“If I feel a deep desire to come back to the game and I feel like I can do more for the game, I’ll come back, but I’ll find something else that I like doing and I’ll keep doing that. It’s a decision I’m still continuing with and I’m enjoying the last of it.”

If they are to shake up rugby league’s long-established international order though, the Samoans will have to do something few other teams have managed and defeat Australia in an international tournament.

They have already pulled off some stunning upsets at this World Cup, though, and defence coach Lee Radford, who is missing Castleford Tigers’ return to pre-season training ahead of the 2023 Super League season to continue in his role, is quietly confident they can do so again.

“We know exactly what to expect,” Radford said. “When Australia get opportunities, they take them and they’ve got a knack of winning, which is a special trait.

“But this little old nation might be able to cause another upset.”

Meninga has stuck with the same 19-man squad from Australia’s semi-final win over New Zealand. Daly Cherry-Evans is included, but it is likely Nathan Cleary will continue his role at scrum-half for their Kangaroos.

Samoa head coach Matt Parish has made one injury-enforced change to his squad from the win over England, with Connelly Lemuelu replacing Fa’manu Brown. Harris-Tavita is therefore set to start at hooker in his final game before retiring.