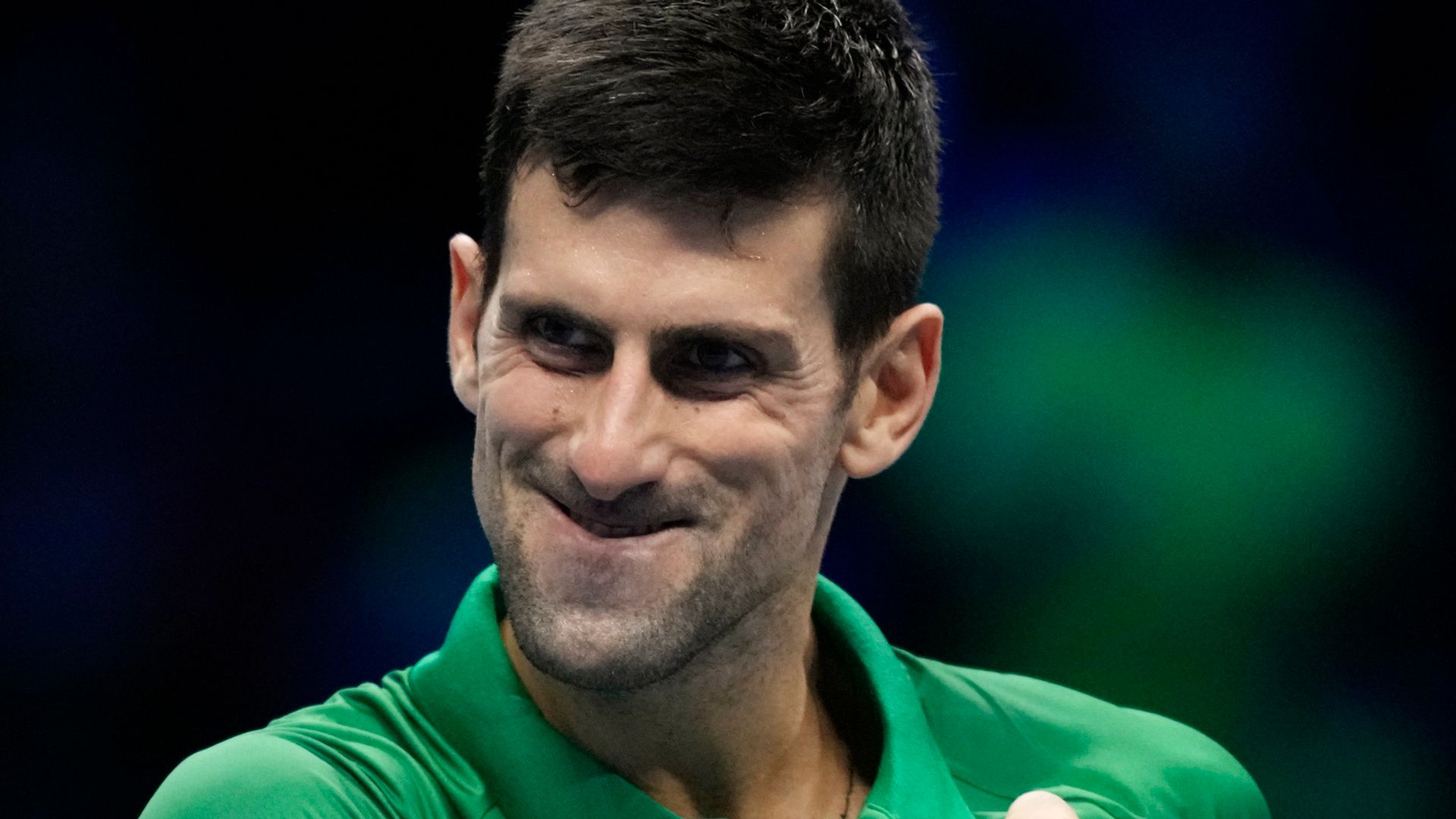 Novak Djokovic made it three wins from three in the round-robin stage of the ATP Finals as he battled to a hard-fought victory over Daniil Medvedev in Turin.

Djokovic was already guaranteed to top the group and play Taylor Fritz in the semi-finals on Saturday but he dug deep to avoid defeat, completing a 6-3 6-7 (5) 7-6 (2) victory in a match lasting over three hours.

The 35-year-old was clearly struggling physically late in the second set and into the third and Medvedev served for the match at 5-4 in the decider, but Djokovic found a way back.

“It’s a huge relief,” said Djokovic, chasing sixth title at the season-ending championship to match Roger Federer’s record. “Daniil and I had some battles in the past and I knew coming into the match today it’s going to be his last match of the season and he is definitely not going to want to finish the season with a loss.

“I started off well, had chances in the second set, had break points but he played very well in those decisive points. He was playing really quick. I didn’t feel physically well in the third, struggled a lot. It’s a battle and it’s a fight.

“Being able to find the last drop of energy to come back…at 4-5 (in the third set) I managed to read his serve and anticipate well and got myself in a good position.”

Medvedev – who won the title in 2020 and reached the final again last year – leaves Turin having lost each of his three group matches in deciding tie-breaks, while Djokovic admitted the contest took a lot out of him.

“Well, it was just fatigue from a gruelling battle. That’s all I can say. I mean, there was no illness,” Djokovic told reporters. “Everyone has one of those days where they struggle more physically. For me that was today.

“Of course, the opponent likes seeing you down, and he’s trying to dominate in the rallies, he’s trying to get the upper hand of the match, which was kind of the situation that was happening today.”

In the doubles, Britain’s Neal Skupski and Dutchman Wesley Koolhof kept their semi-final hopes alive with victory over Ivan Dodig and Austin Krajicek but they need Nikola Mektic and Mate Pavic to beat Nick Kyrgios and Thanasi Kokkinakis to make the last four.