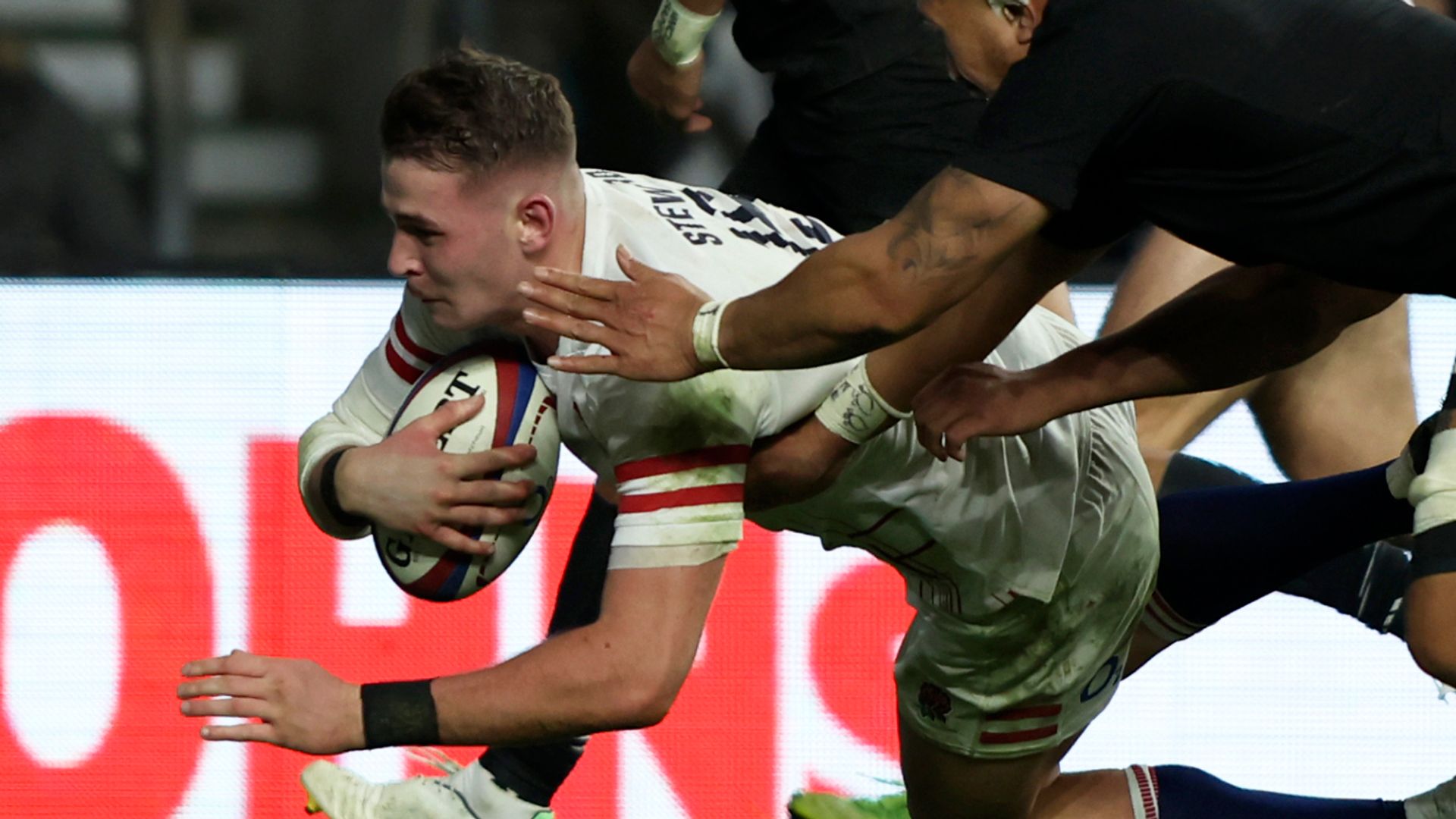 Tries from Dalton Papalii, Codie Taylor, Rieko Ioane, plus a Jordie Barrett penalty and Beauden Barrett drop-goal put the All Blacks 25-6 ahead at Twickenham, before England scored late through Will Stuart and Freddie Steward, after Owen Farrell and Marcus Smith kicked earlier penalties

A late yellow card for Beauden Barrett proved crucial as England recovered from 25-6 down to draw 25-25 with the All Blacks at Twickenham after three dramatic late tries.

Replacement prop Will Stuart (two) and full-back Freddie Steward each scored in the final eight minutes – the last of which came in the final minute – after Barrett had been yellow-carded for cynically failing to release when Marcus Smith had gone close.

A visibly pumped-up England were caught cold in the opening 10 minutes, as All Blacks back-row Dalton Papalii and hooker Codie Taylor each scored converted tries for an ominous 14-0 lead.

The second half seemed to rest much on England failing to convert a clear early chance on top of the New Zealand try-line, when Maro Itoje was penalised for going off feet, and Kiwi centre Rieko Ioane scored a magnificent third moments later to stretch the game away from the hosts.

England, who distinctly lacked invention in attack again for much of the Test, went on to strike late, though, to claim something after a penalty apiece for skipper Owen Farrell – picking up his 100th Test cap – and Marcus Smith was all they had registered by the 72nd minute.

Eddie Jones’ England next host South Africa at Twickenham on Saturday, November 26, in a 5.30pm (GMT) kick-off for the last of their four autumn internationals this Test window.

For Ian Foster and the All Blacks, they have now completed their autumn international schedule for 2022, having beaten Japan in Tokyo, before picking up wins vs Wales and Scotland and then drawing with England.