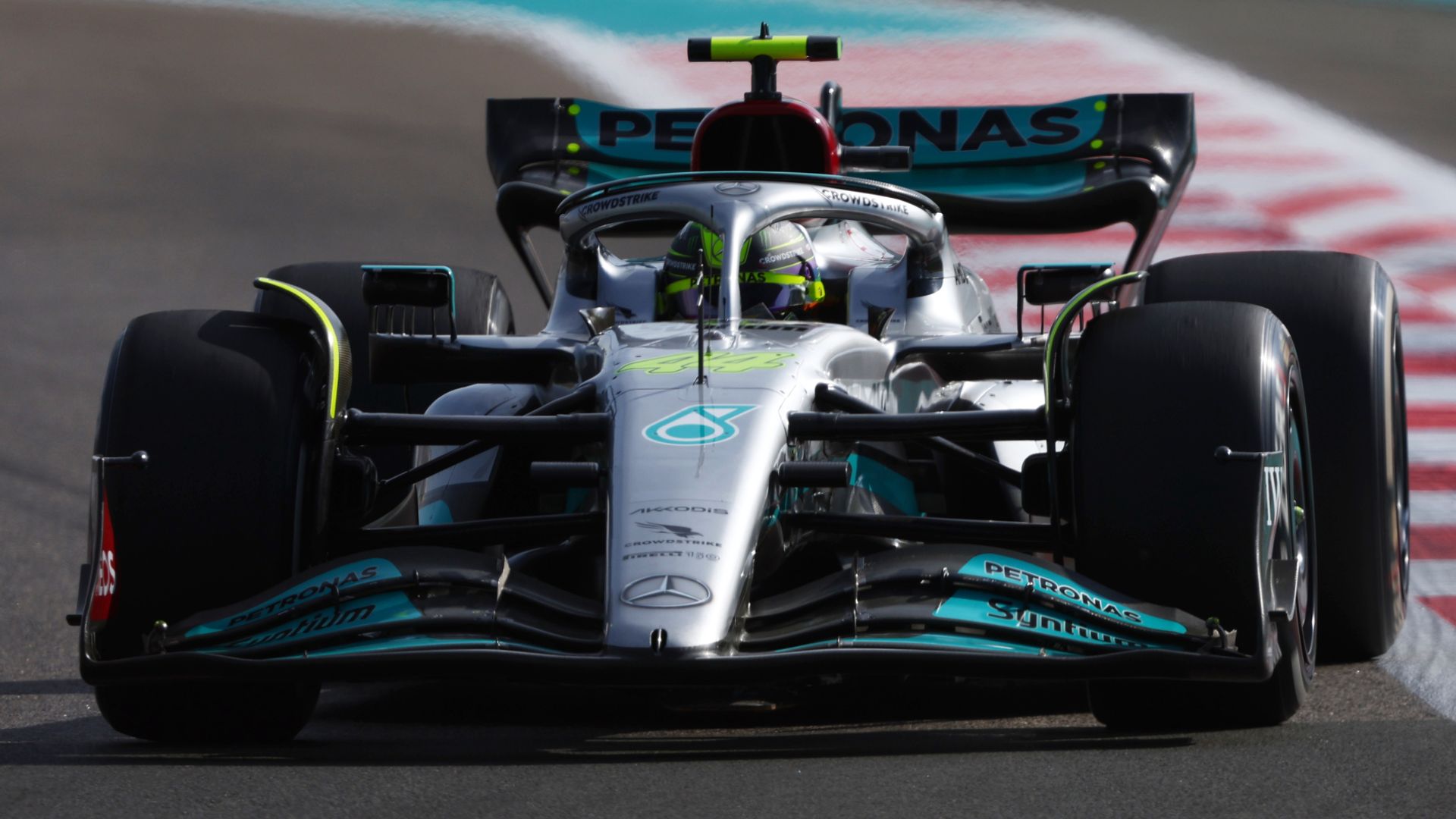 Lewis Hamilton led a one-two from team-mate George Russell as Mercedes made a strong start to the weekend in first practice at the Abu Dhabi Grand Prix.

With Russell having sealed Mercedes’ first win of the season last weekend in Brazil, the Silver Arrows continued their strong form at the final race of the year to outpace Ferrari’s Charles Leclerc and Red Bull’s Sergio Perez, who are competing for second place in the drivers’ championship.

The fact that the session took place in the daytime, unlike qualifying and the race which will be held at night under the spectacular lights at the Yas Marina Circuit, tempers the importance of the timesheet, but the display undoubtedly maintains building momentum at Mercedes.

Also notable was the absence of world champion Max Verstappen, who was one of eight drivers to sit out FP1 as teams fulfilled their remaining young driver sessions for the year.

How Mercedes compare to the Dutchman in the night-time conditions for Practice Two later on Friday, live on Sky Sports F1 at 1pm, will provide a far more reliable indicator as to what to expect for the remainder of the weekend. 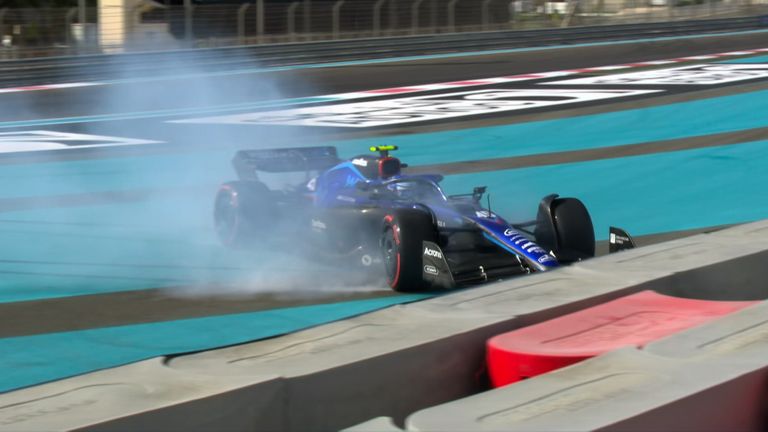 Logan Sargeant, who is attempting to seal the FIA super licence that will allow him to compete in F1 for Williams next season, endured a heart-stopping moment as a big spin at the first corner left his car inches from the wall.

The near miss meant Sargeant could go on to complete the 100km he needed to earn another point towards his licence, which he will attempt to finalise as he competes in Formula 2 for the remainder of the weekend.

Aside from the spin, Sargeant put in a solid performance to trail the other Williams of Alex Albon by just 0.2s, with several of the other rookies managing similarly impressive efforts. 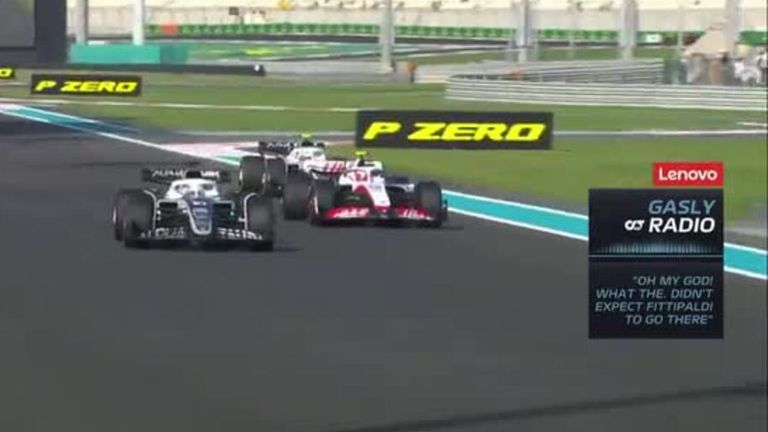 Verstappen’s replacement Liam Lawson was fifth, less than 0.3s behind Perez, while Robert Shwartzman came seventh for Ferrari, almost 0.6s back from Leclerc

2022 F2 champion Felipe Drugovich was last for Aston Martin on his F1 practice debut, with fellow debutant Patricio O’Ward 18th for McLaren after suffering technical issues early in the session.

Jack Doohan was 19th for Alpine, as he dealt with overheating issues on Fernando Alonso’s car. Pietro Fittipaldi was 17th for Haas as he stepped in for Mick Schumacher, while the experienced Robert Kubica was 14th as he drove in Zhou Guanyu’s place for Alfa Romeo.

Leclerc and Perez, who go into Sunday’s season finale tied on points, exchanged top spot for much of the session as Mercedes focused on hard-tyre runs. 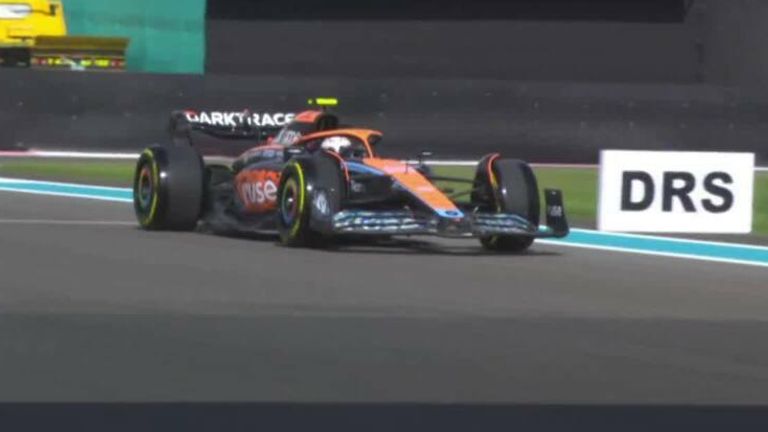 However, when the Silver Arrows switched to softs with about 15 minutes remaining, Hamilton immediately shot to the top of the timesheet with a 1:26.633, before Russell slotted in a couple of tenths behind him.

The seven-time world champion is at risk of losing his record of having won a race in each of his 15 previous seasons in F1 and had said coming into the weekend that he did not expect Mercedes to have the pace to compete with Red Bull at a track expected to favour the constructors’ champions superior straight-line speed.

However, Hamilton’s strong pace on both the hard and soft tyre compounds may reinvigorate his hopes of going clear of Michael Schumacher, with whom he currently shares the record with for winning a race in 15 consecutive seasons.

Verstappen, with whom Hamilton collided at the Sao Paulo GP last weekend, is seeking a record-extending 15th win of the season to cap his dominant campaign.