Heskin fires in Ascot double; Your Darling delivers for Pauling 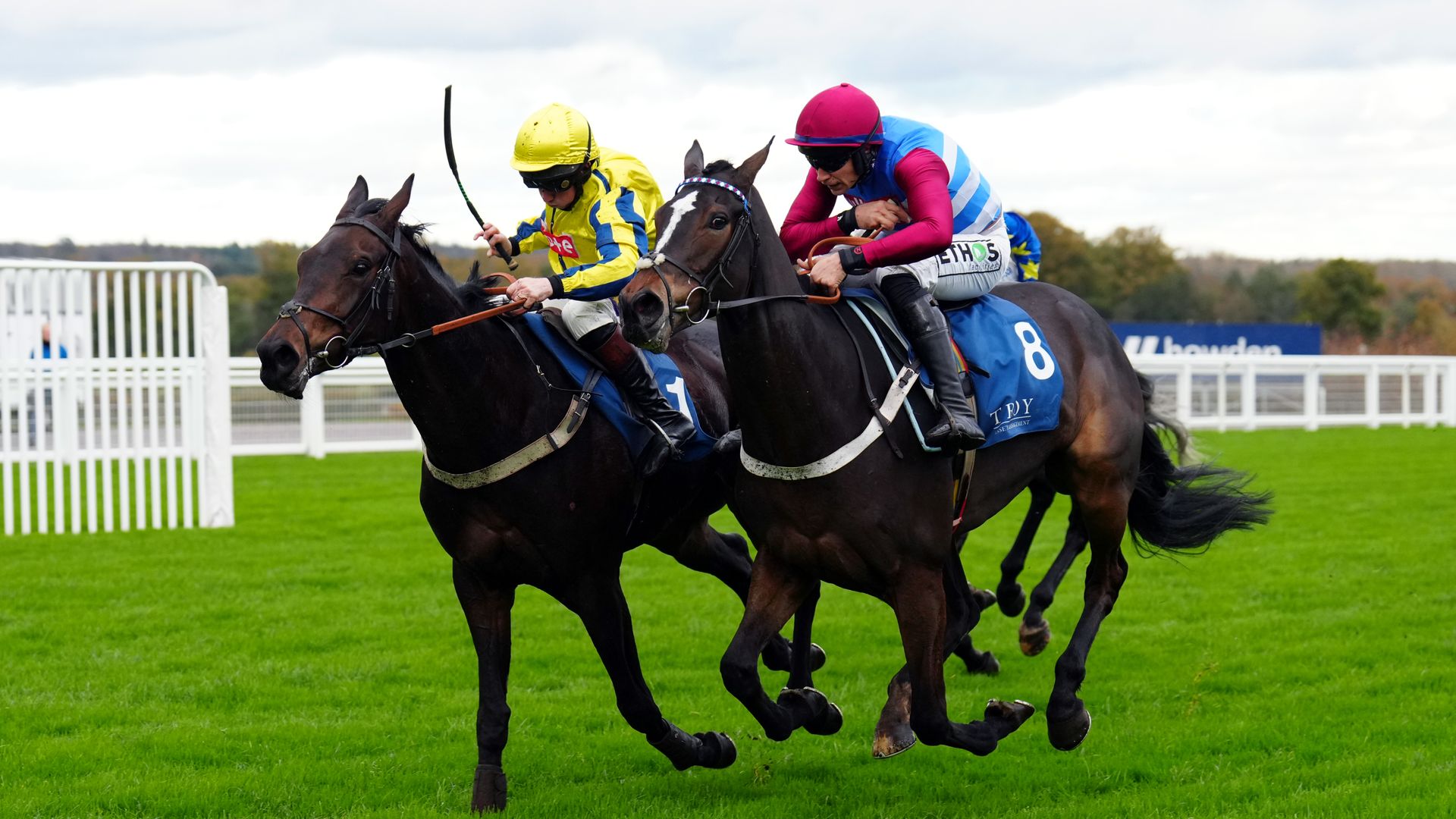 Thunder Rock produced a fine round of jumping to make it two out of two over fences for trainer Olly Murphy in the Racing Welfare Novices’ Limited Handicap Chase.

Harry Cobden had tried to make all in the four-runner contest on joint-favourite Solo, with Heskin always on his tail.

Jonjo O’Neill’s Garry Clermont jumped off slowly and had just about recovered his position in third before falling at the second last.

It was here that Thunder Rock asserted his dominance, drawing alongside and easily passing Solo on the run to the final fence, eventually going away nicely to win by eight-and-a-half lengths.

Heskin told Sky Sports Racing: “Ideally, he likes to be played late but I thought Harry [Cobden, on Solo] was after a freebie so we had to suffer and do it that way.

“He had loads left at the end. He’s a nice type. We might have to step out of handicap company after that.”

Heskin was back in the winner’s enclosure in the very next race as the Nicky Henderson-trained Persian Time made the most of a last-flight fall from clear leader Master Chewy to score on rules debut in the Troy Asset Management ‘Introductory’ Hurdle.

“I’m delighted with that horse,” said Heskin. “Plenty went wrong for him on the way round: He was keen and raw and didn’t give his hurdles much respect.

“He looked like a fortunate winner but I was closing going to the last and thought if I had a good jump I’d be getting there.

“We had luck on our side and it’s great to get his head in front.”

The easiest winner of the day came in the Royal Ascot Racing Club Handicap Chase as Ben Pauling’s Your Darling romped home to win eased down by Kielan Woods.

Always jumping smartly out the front, Woods sprinted clear of his rivals turning for home, opening up a huge lead over the final fences.

In the end, Woods was able to cruise over the line as Revels Hill and Flegmatik battled it out in behind for the place money. 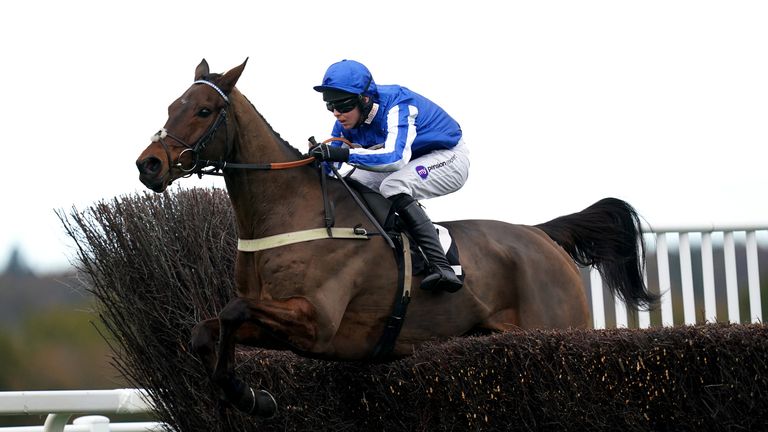 Jockey Kielan Woods says Your Darling’s Ascot win was one of the best rides he has had, while trainer Ben Pauling was relieved to finally see his horse fulfil his potential.

The November Racing Weekend got off to a dramatic start as Crambo completed a hat-trick in the Wood And Wood Signs ‘National Hunt’ Maiden Hurdle.

Both Tom Cannon (on Forest Jump) and Paul Henderson (Kylenoe Dancer) were unseated from their rides, while Jonjo O’Neill Jr was also left on the ground as second-favourite Broughshane ran out.

That left the remaining field having to navigate three loose horses, with Connor Brace giving the Fergal O’Brien-trained winner a patient ride from the rear.

Long-time leader Awaythelad had no answer to Crambo’s turn of foot and lost second place to the late rallying Hands Off.

Gary Moore’s Larry got back to winning ways at his favourite track on seasonal reappearance in the Not Forgotten Handicap Chase.

Last seen failing to finish at the Cheltenham Festival, the likeable nine-year-old jumped to the front under Jamie Moore to beat Smarty Wild and Bobhopeornohope.

Monviel was a smart winner of the Garden For All Seasons Handicap Hurdle for Philip Hobbs and Tom O’Brien, making a mockery of his mark of 120 to score by eight-and-a-half lengths from Shanroe.

The finale, the In The Paddock Ownership Day Series Novices’ Handicap Hurdle went the way of 15/8 favourite The Questioner for Oliver Greenall and Josh Guerriero, with jockey Henry Brooke winning with his only ride of the day.