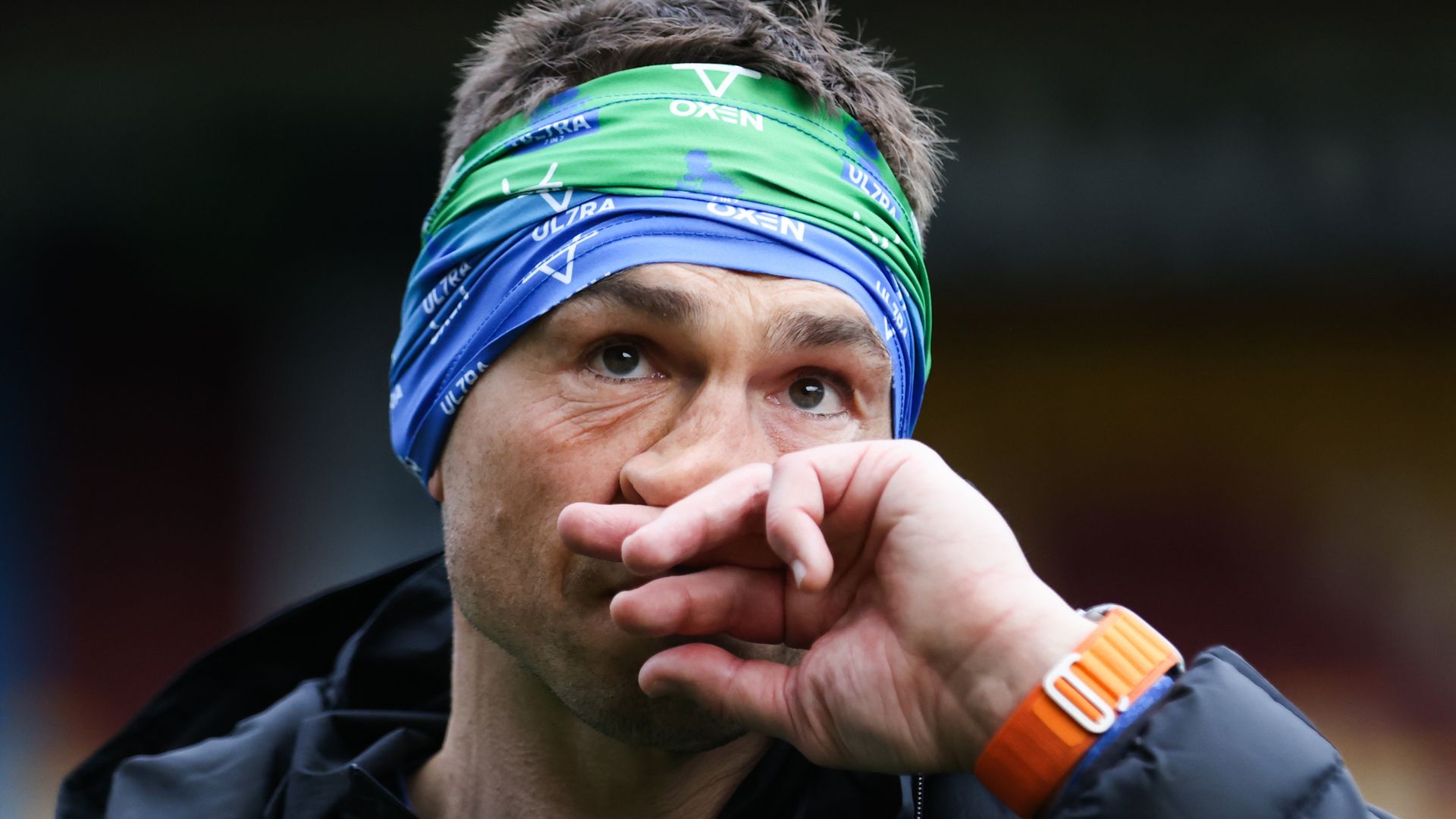 Kevin Sinfield is on schedule to complete his challenge on Saturday at Old Trafford during the men’s Rugby League World Cup final between Australia and Samoa; Sinfield was met by Rob Burrow at the finish line on day six

Kevin Sinfield surpassed his fundraising target of £777,777 in aid of motor neurone disease after the penultimate day of his incredible Ultra 7 in 7 Challenge.

The former Leeds Rhinos captain is aiming to run around 40 miles for seven successive days and – after completing day six at Bradford’s University of Bradford Stadium on Friday – he had raised more than £780,000.

The 42-year-old, who started out on the sixth leg from York Minster on Friday morning, was met by close friend and former Rhinos team-mate Rob Burrow at Headingley Stadium.

Burrow, diagnosed with MND in late 2019, has again been the inspiration behind Sinfield’s latest fundraising challenge, along with former Scotland rugby player Doddie Weir and ex-Bradford captain Stephen Darby, who also live with the disease.

Sinfield, who started his challenge in Edinburgh on Sunday, forced back the tears when he spoke alongside Burrow at Headingley Stadium.

“Wherever we’ve been it’s been incredible and it keeps getting better and better,” Sinfield said. “It’s great to be almost home, at my rugby home. I think you all understand what we’re doing and why we’re doing it.

“I know you’re all stood side-to-side with us, just like we’ve tried to do for Rob, Lindsey and the family. Our team can’t thank you enough. The support and the awareness we’ve created, the money we’ve raised, we’ll find a cure for this disease. I don’t know when, but we all keep fighting together. We’ll get there.”

Sinfield also had a surprise visit from his mum and dad at a stop-off in Pudsey on day six during his 35-mile route from York to Bradford, which took him via Tadcaster and Leeds.

Oldham-born Sinfield is on schedule to complete his challenge on Saturday at Old Trafford during the men’s Rugby League World Cup final between Australia and Samoa.

The final 38-mile leg will take him from University of Bradford Stadium to Halifax, Saddleworth, Failsworth and Deansgate in Manchester before finishing on the Old Trafford pitch during half-time.

Sinfield’s Ultra 7 in 7 Challenge will mainly benefit the MND Association and Leeds Hospitals Charity’s appeal to build the Rob Burrow Centre for MND in Leeds.

There will also be donations to MND Scotland, My Name’5 Doddie Foundation, the Darby Rimmer MND Foundation and the 4ED campaign, in support of former Gloucester and Leicester rugby player Ed Slater, who was recently diagnosed with the disease.

In late 2020, Sinfield raised £2.7million for MND charities after running seven marathons in seven days and a further sum in excess of £1m was generated in November 2021 after he completed a run of 101 miles in 24 hours.