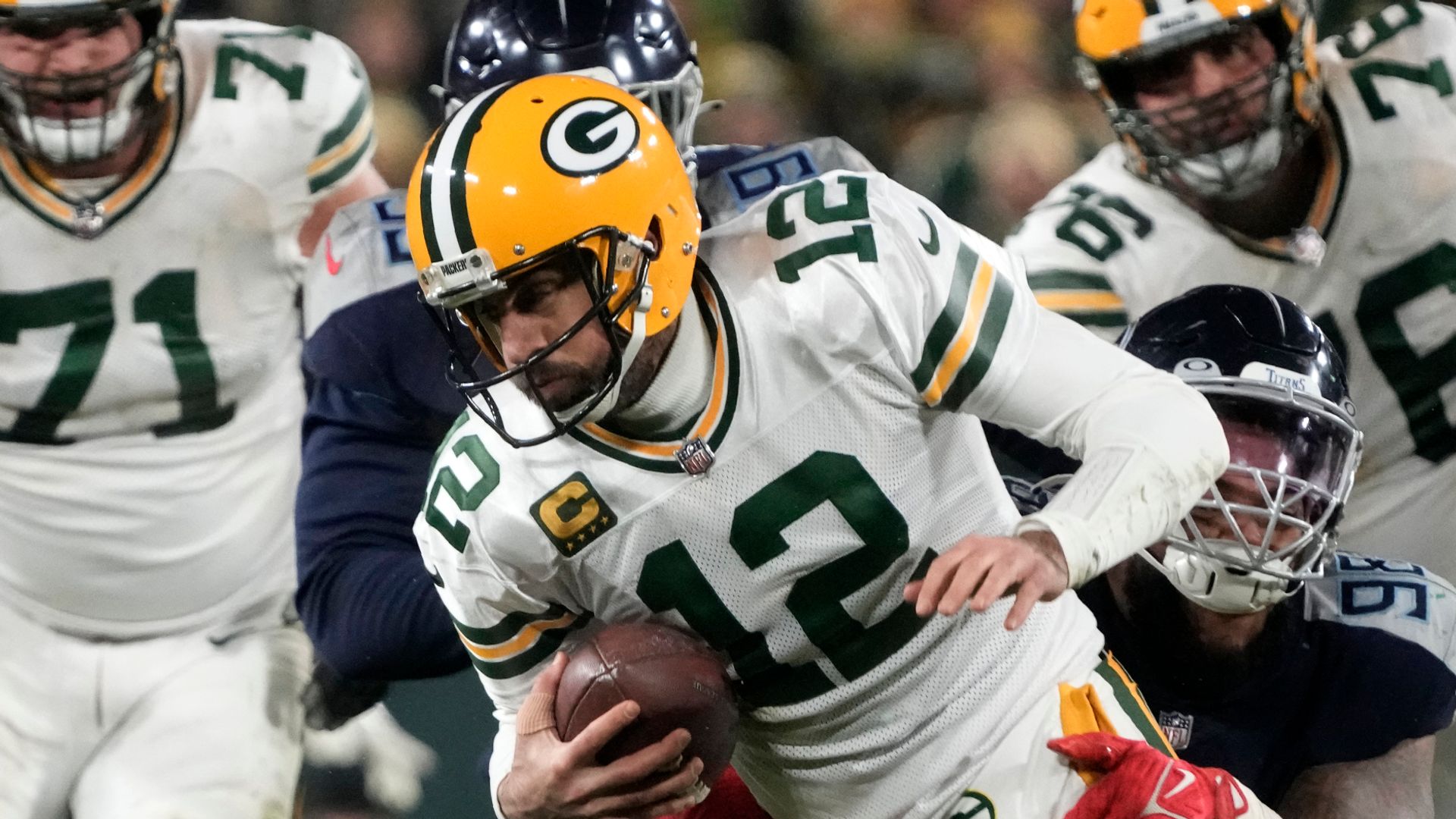 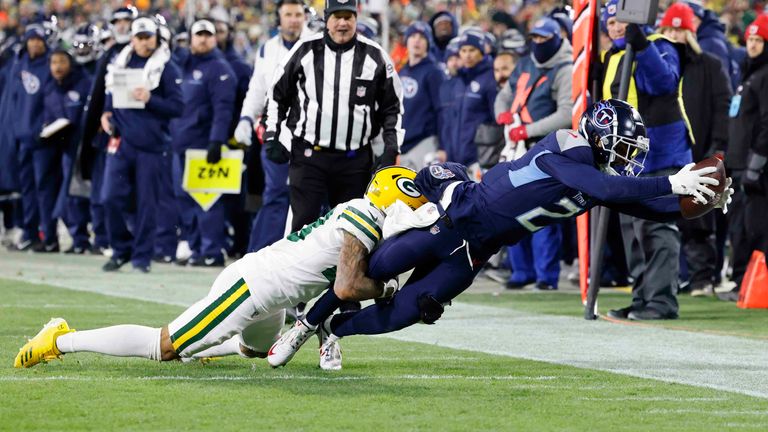 Tennessee (7-3) won for the seventh time in eight games, prevailing behind a disciplined defense and an opportunistic attack that thrived through the air, with Tannehill finishing 22-of-27 for 333 yards.

The second of Tannehill’s two touchdowns came with the first play of the fourth quarter, extending Tennessee’s lead to 10, while the Titans’ defense stepped up down the stretch, forcing two punts and two turnovers on downs over the Packers’ final four possessions. It leaves Green Bay (4-7) having suffered a sixth loss in seven games – with boos heard round Lambeau Field at points during the game.

Packers quarterback Aaron Rodgers completed 24 of 39 pass attempts for 227 yards and a pair of scores to Christian Watson, fresh from his three-TD outing in Sunday’s overtime win over the Dallas Cowboys. It meant that Watson became the first Green Bay rookie with multiple TD catches in consecutive games since Max McGee in 1954.

Tennessee opened the scoring with a touchdown on the game’s first possession, the Titans capping a eight-play, 83-yard drive with a 14-yard touchdown pass from Tannehill to Dontrell Hilliard.

Green Bay responded at the end of the quarter, with Rodgers’ first scoring strike to Watson coming on third-and-nine from the Tennessee 14-yard line – though the subsequent extra-point attempt was blocked, ensuring the Titans maintained a slender advantage.

The Titans too missed an extra-point kick following Henry’s three-yard touchdown pass to tight end Austin Hooper, which put Tennessee ahead 20-9 with just over five minutes left in the third quarter.

Green Bay answered with an eight-yard TD pass from Rodgers to Watson, tacking on a two-point conversion, to trim the deficit to just three points at 20-17.

But, Tennessee zoomed down the field on the ensuing possession, capping a five-play, 63-yard drive with Tannehill’s 16-yard touchdown pass to Hooper.

The Green Bay defense, which allowed an average of 140.6 yards on the ground entering the night, held Henry to 87 yards on 28 carries. Tennessee, meanwhile, limited the Packers to 56 rushing yards on 19 carries.

Rodgers: Packers’ season ‘is not over’

Packers quarterback, Aron Rodgers: “I think last week [win over Cowboys] showed us a lot, the possibilities. This week we didn’t play as complimentary in all three phases.

“The season is not over. There’s still six opportunities left. We’ve got a tough game, got to go to Philly. Hopefully we can use these few days to get a little healthy or refresh the mind, and then obviously we got to win these next games.”

[On boos from Green Bay home crowd]: “Interesting. That’s the best I can give you.”

Packers head coach, Matt LaFleur: “”Extremely disappointed right now to put on a performance like that.

“I don’t even know what to say. It was nothing like a few days ago, and that’s why you’re only as good as your last game and every time you step out on that field, you’ve got to go out and do it.

“That’s extremely disappointing, especially where we’re at in the season. Even when we are all on the same page, we’re not, quite frankly, executing to the level that we need to. That’s why we’re sitting here at frickin’ 4-7!”

Justin Jefferson and the Minnesota Vikings (8-1) – fresh from their sensational 33-30 overtime victory over the Buffalo Bills in the game of the season – host the Dallas Cowboys (6-3) live on Sky Sports NFL on Sunday night, with the action getting under way at 9.25pm.

Prior to that one, the Philadelphia Eagles (8-1), having lost their tag as the last remaining undefeated team in the NFL with defeat to the Washington Commanders on Monday night, get the chance to return to winning ways with a visit to the Jeff Saturday-led Indianapolis Colts (4-5-1). This one kicks off at 6pm.

Rounding off the Sunday night action, we join our friends at NBC for Football Night in America and Sunday Night Football, with two of the best young quarterbacks in the game going head to head, as Justin Herbert and the Los Angeles Chargers (5-4) host Patrick Mahomes and the Kanas City Chiefs (7-2) in a key AFC West battle – kick-off is at 1.20am, early on Monday morning.