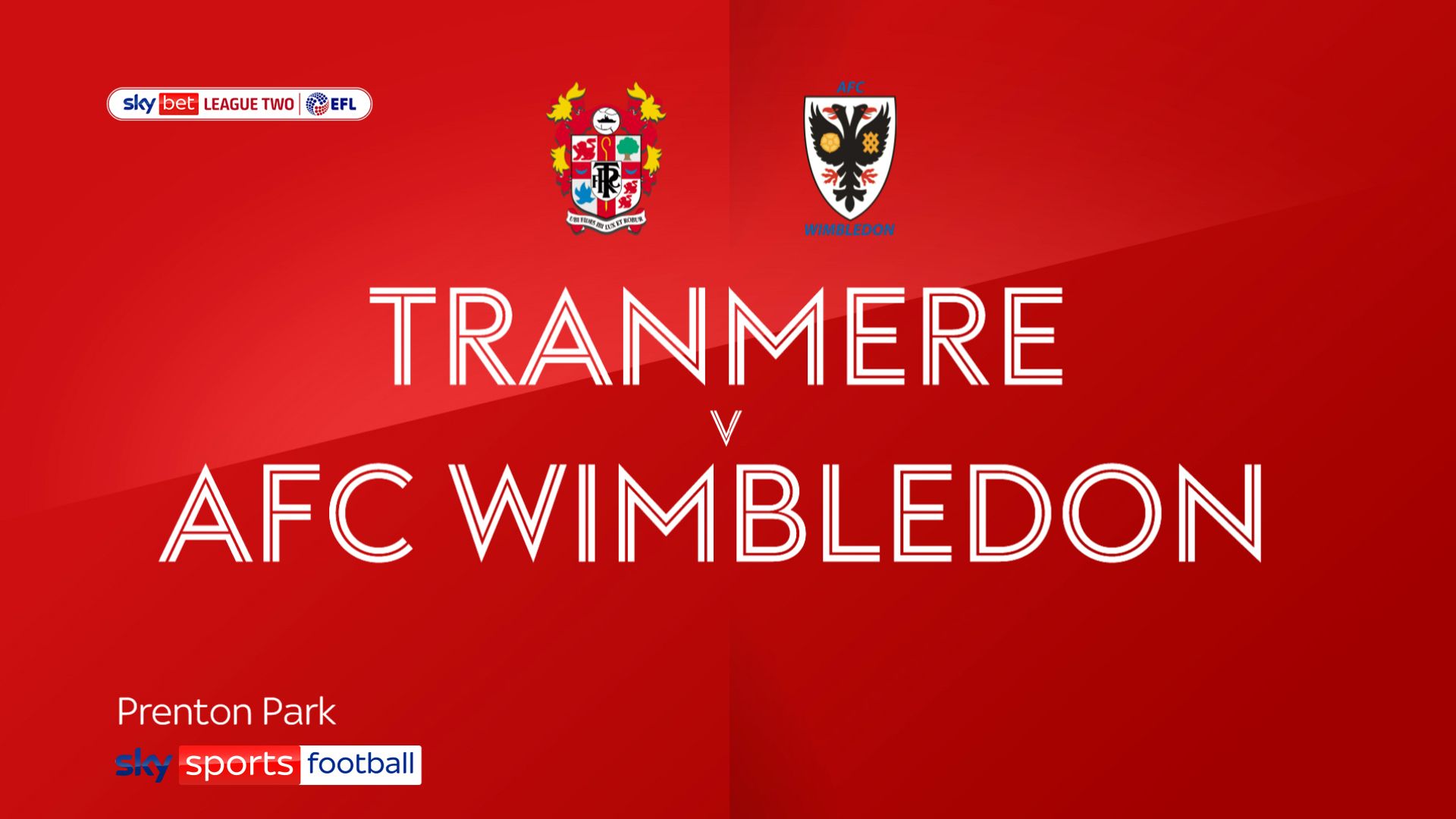 Ethan Chislett opened the scoring after just eight minutes, firing home from the corner of the six-yard box after capitalising on a fortunate ricochet.

The home side’s task was made even harder on the half-hour mark when Dynel Simeu received a straight red card for violent conduct after throwing Harry Pell to the floor off the ball.

Despite their numerical advantage, Wimbledon failed to add to their tally before the break thanks to a flying save from Ross Doohan to turn away a Harry Pell header on the stroke of half-time.

Rovers had a glorious opportunity to level from the spot on 68 minutes after Paul Lewis was brought down in the box by Nik Tzanev but the Wimbledon goalkeeper made amends by saving superbly from Kane Hemmings.

Any hope Tranmere had of snatching a point vanished in the 82nd minute, however, when Ayoub Assal made it 2-0 with a fine effort from the edge of the box.