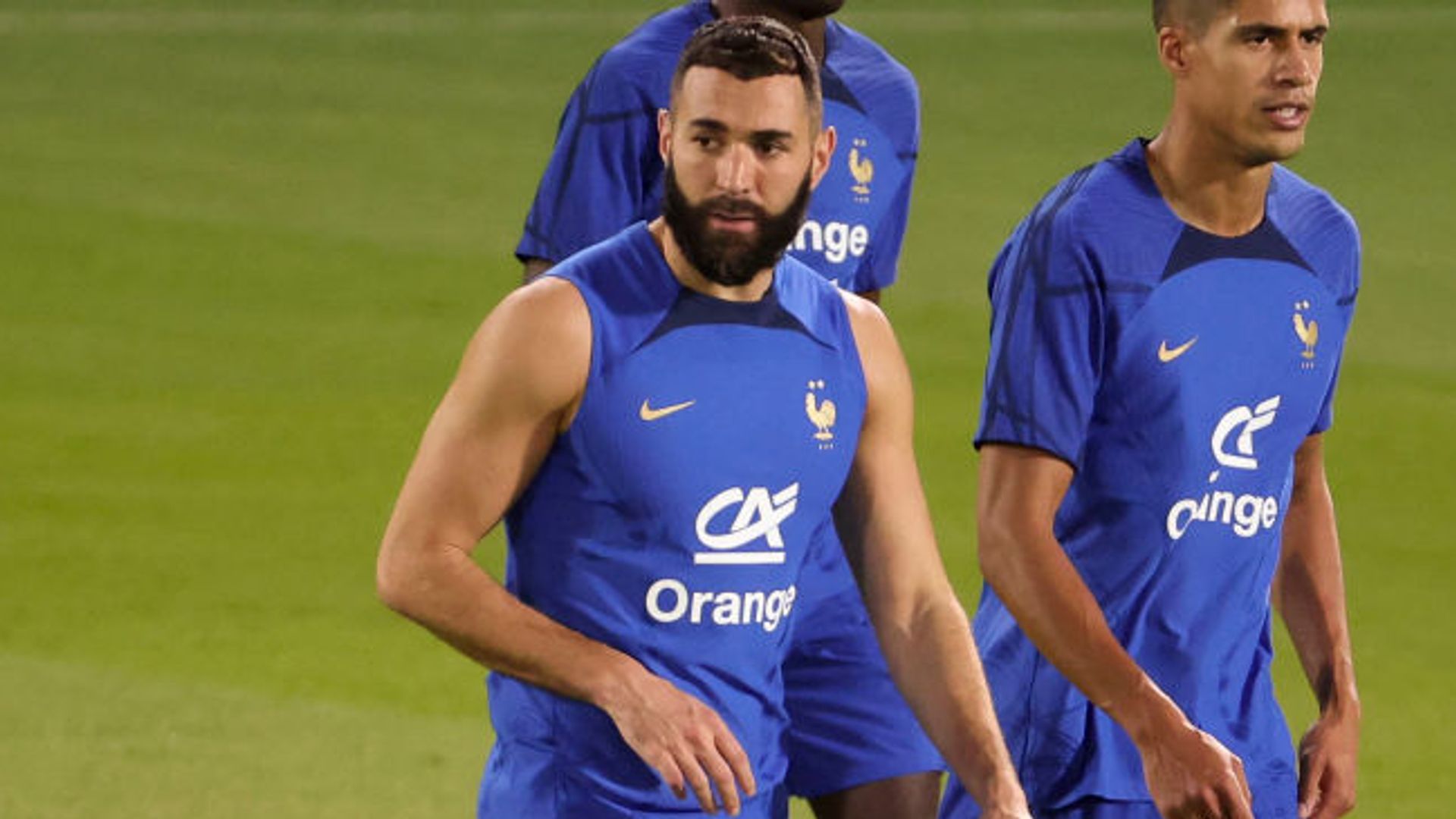 Karim Benzema has been ruled out of the 2022 World Cup in Qatar after tearing a muscle in his left thigh.

The Ballon d’Or winner, 34, came into the tournament having suffered knee and hamstring injuries and had been training away from the French team.

Saturday was Benzema’s first full training session and he was forced to leave it early after feeling some pain in his left thigh, with the French Football Federation later confirming the striker had “a tear” that would rule him out of the tournament.

Benzema wrote on Instagram: “In my life I have never given up but tonight I have to think about the team, as I have always done, so reason tells me to leave my place to someone who can help our group make a good World Cup.

“Thank you for all your messages of support.”

Asked on Sunday by French newspaper TeleFoot whether he would replace Benzema in his squad, manager Didier Deschamps said “No”.

“This is a quality group,” he added. “In everything they do, both on and off the pitch, they are united. I have confidence in them.”

It means Deschamps will have a 25-man squad for the World Cup.

Since winning the Ballon d’Or last month, Benzema has played fewer than 30 minutes for Madrid after coming off the bench in a Champions League game against Celtic.

Forward Christopher Nkunku was injured just minutes before the end of the team’s previous training session on Tuesday evening and has since been replaced in the squad by Randal Kolo Muani.

Pogba injured his knee in pre-season and underwent surgery in September to repair a damaged meniscus. The 29-year-old resumed training before his agent confirmed the midfielder would not return to action for Juventus or France before the World Cup.

Chelsea midfielder Kante suffered a setback in his rehabilitation from a hamstring injury that has restricted him to two league appearances this season. He will be sidelined for four months after undergoing surgery.

Deschamps also has an anxious wait to see if his best central defender, Raphael Varane, is fit to face Australia – exactly a month since he limped off for Manchester United with a hamstring injury.

Fellow World Cup winner and central defender Presnel Kimpembe pulled out of the France squad on Monday after failing to sufficiently recover from a six-week layoff following a hamstring injury.

Even without Benzema, France still have a strong attack to face Australia. They are likely to start with Olivier Giroud as the central striker, flanked by 2018 World Cup star Kylian Mbappe and either Barcelona’s Ousmane Dembele or veteran Antoine Griezmann.

Giroud has scored 49 goals for France, Griezmann has 42 and the 23-year-old Mbappe already has 28. Dembele has been in fine form for Spanish league leaders Barcelona this season.

Les Bleus are in action against Denmark four days later and before they take on Tunisia on November 30.

Morrison: Injury is blow but it could galvanise France

“You look at the players missing in midfield – Paul Pogba and N’Golo Kante – that is the heartbeat of their midfield. Nkunku gets injured when he gets to the World Cup, and now Benzema.

“Sometimes though it can galvanise a squad. A lot of people will be writing France off now, saying that you have four or five star players missing, but sometimes it can galvanise the rest of the squad. They have still got Mbappe, one of the best players in world football. But to lose Karim Benzema is a huge blow. For me, he was up there with Harry Kane to be the top goalscorer at the World Cup.

“Going forward, the likes of Griezmann, Mbappe and even Olivier Giroud, he is in good form for AC Milan, but it depends who else they call up. France still have a chance, not as big a chance as a month ago maybe, but they still have a good chance.”

Evra: The biggest enemy of France is France 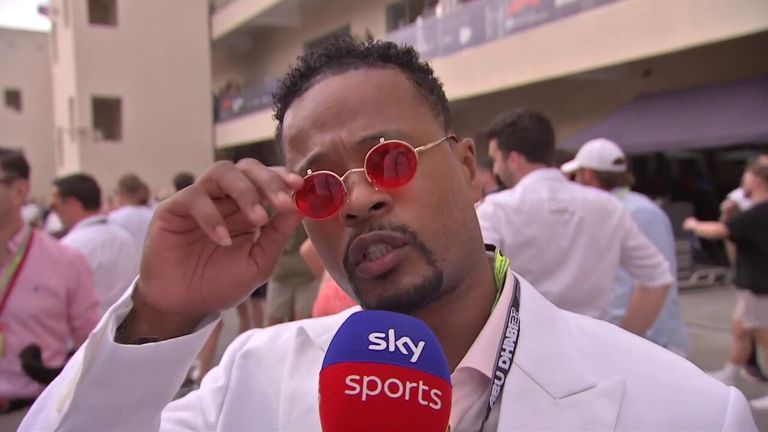 Whilst at the Abu Dhabi GP on Sunday, former Manchester United captain Patrice Evra shared his thoughts on the World Cup including what he thinks of Gareth Southgate and England

“It’s going to be tough. We’re missing a lot of experienced players. I spoke to Karim and he said he wasn’t going to make it. Kante was a player running everywhere for us.

“There’s a lot of worries but we’re still France, still have an amazing squad. I hope Mbappe is going to shine in the World Cup. The biggest enemy of France is France because we have the biggest squad.

“It’s going to be a good World Cup because all the players are ready. Everyone will give 100 per cent from the group stage.”