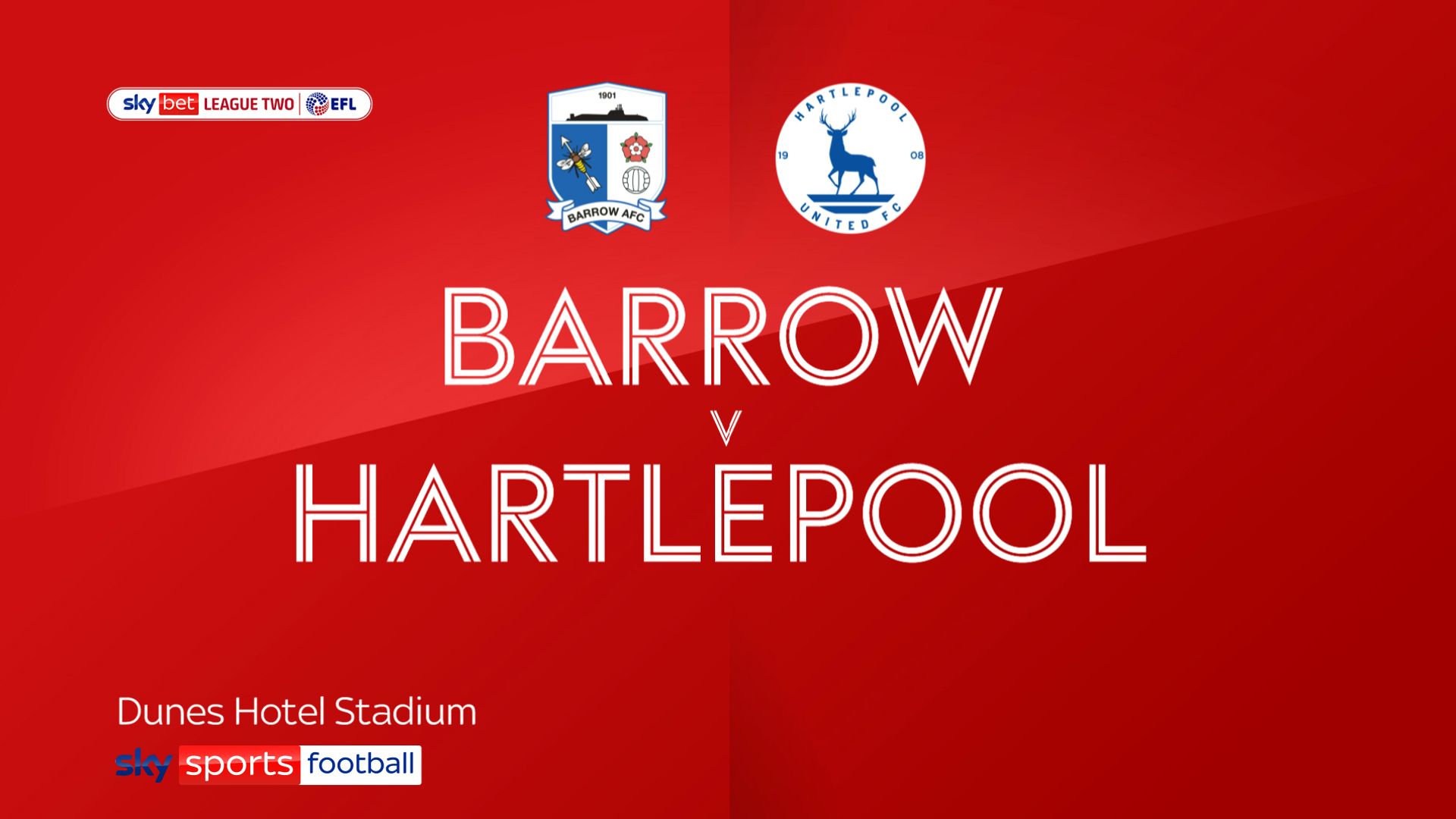 Pete Wild’s side, now up to fourth in the table, virtually wrapped up the points by netting all three goals in the opening 21 minutes.

There were just four minutes on the clock when a fresh mistake by Hartlepool keeper Ben Killip helped set Barrow on their way to a fourth successive home league win.

Killip, caught unawares by Danny Rose in defeat at Stevenage recently, rushed out of his area as Barrow pushed forward but lost possession of the ball.

With the net unguarded, Gordon curled in his 10th goal of the campaign from 25 yards.

Barrow doubled their advantage four minutes later when Ben Whitfield fired past Killip for his fifth goal of the season and first since September 13.

Worse was to follow for Keith Curle’s visitors when Gordon provided the assist for Billy Waters to tap home for his seventh goal of the campaign.

Rock-bottom Pools noticeably improved after half-time but only had Chris Missilou’s 77th-minute debut goal as consolation.