On a day when the crowd at Ascot were denied the chance to cheer on a trio of superstars, it was fitting to see fan favourites Goshen and Coole Cody land the big Grade Two prizes on Saturday.

With the ground drying significantly to Good, Good to Soft in places, Cheltenham Festival winners Constitution Hill (Coral Hurdle), Edwardstone and L’Homme Presse (1965 Chase) were all withdrawn by their connections.

That left fields of just four in the Coral Hurdle and two in the Chanelle Pharma 1965 Chase, with Gary Moore’s Goshen dominating things in the former contest under Jamie Moore.

The former Kingwell Hurdle winner, who was switching back to the smaller obstacles after a disappointing chase debut at Ascot last month, stretched the field turning for home, leaving evens favourite Brewin’upastorm reeling in behind.

By the time they had reached the final flight, Goshen had it all sewn up and was pushed out for an eight-and-a-half-length success.

Jamie Moore told Sky Sports Racing: “We’ve been trying to sweeten him up since he lost his bottle over fences.

“Dad rides him out every day and I don’t go near him now because he’s got that midas touch that comes with experience.

“We’ve got lucky with no Constitution Hill. He’d ideally want softer ground but he’s not as precious.

“He’s very genuine and has really knuckled down.” 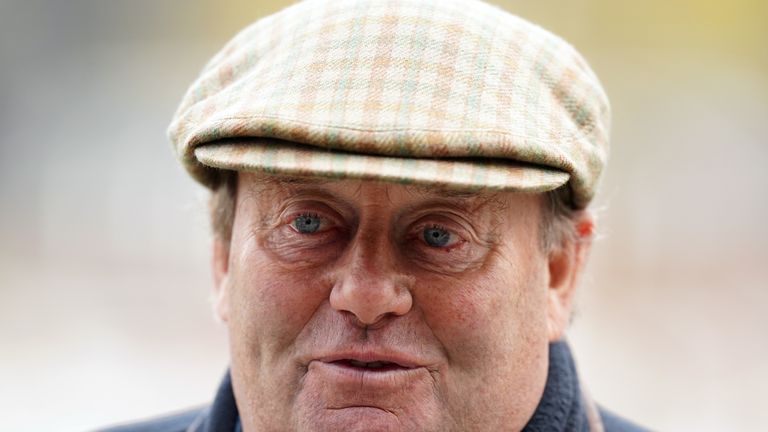 Trainer Nicky Henderson is considering taking both Constitutional Hill and Epatante to the Fighting Fifth at Newcastle after taking the former out of his intended run in the Coral Hurdle at Ascot.

An emotional Gary Moore refused to take credit for Goshen’s resurgence, telling Sky Sports Racing: “I don’t know what he [Jamie] is talking about!

“This is why we do the job. It’s not all roses and things go on behind the scenes.

“Steve [Packham, owner] is a genius. He is so easy to train for and it was him who told me to put him in this race. It’s turned out fantastically.

On future plans for Goshen, Moore added: “I would love to give fences one more go on proper soft ground.” 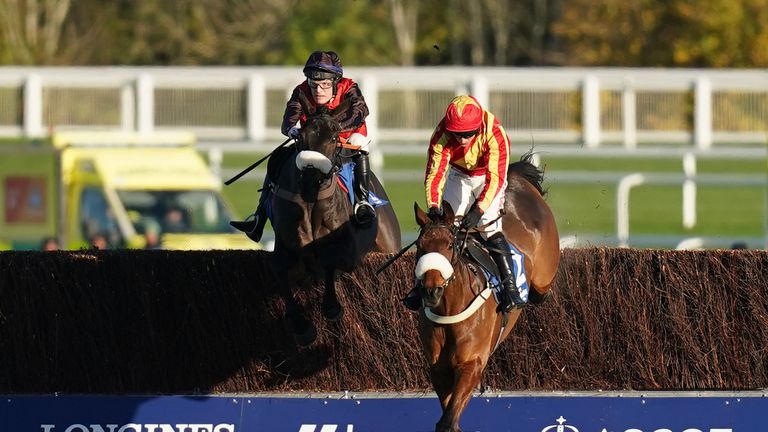 Trainer Evan Williams is hoping there is still time to make more ‘lemonade’ with fan favourite Coole Cody after Grade Two success at Ascot on Saturday in the Chanelle Pharma 1965 Chase.

Coole Cody had just one to beat in the 1965 Chase but did so in style as he upset 2/7 favourite Saint Calvados, courtesy of a riding masterclass from Adam Wedge.

Evan Williams’ 11-year-old, who had struggled for form in three starts since winning at the Cheltenham Festival in March, bounced back in style as he stalked David Maxwell on Saint Calvados.

Wedge took his time and delivered his challenge at the second last fence, stretching clear to win by 10 lengths.

“He’s tough, isn’t he?,” Williams told Sky Sports Racing. “People like a trier and Cody is definitely that.

“Life is tough but if you’ve got lemons, make lemonade. We’re going to try and make a bit more lemonade!

“We’re enjoying a horse that has been an absolute credit to himself.”

Paying tribute to the tactical ride from Wedge, Williams added: “Adam is my jockey and I think he’s better than very good. He’s outstanding.”