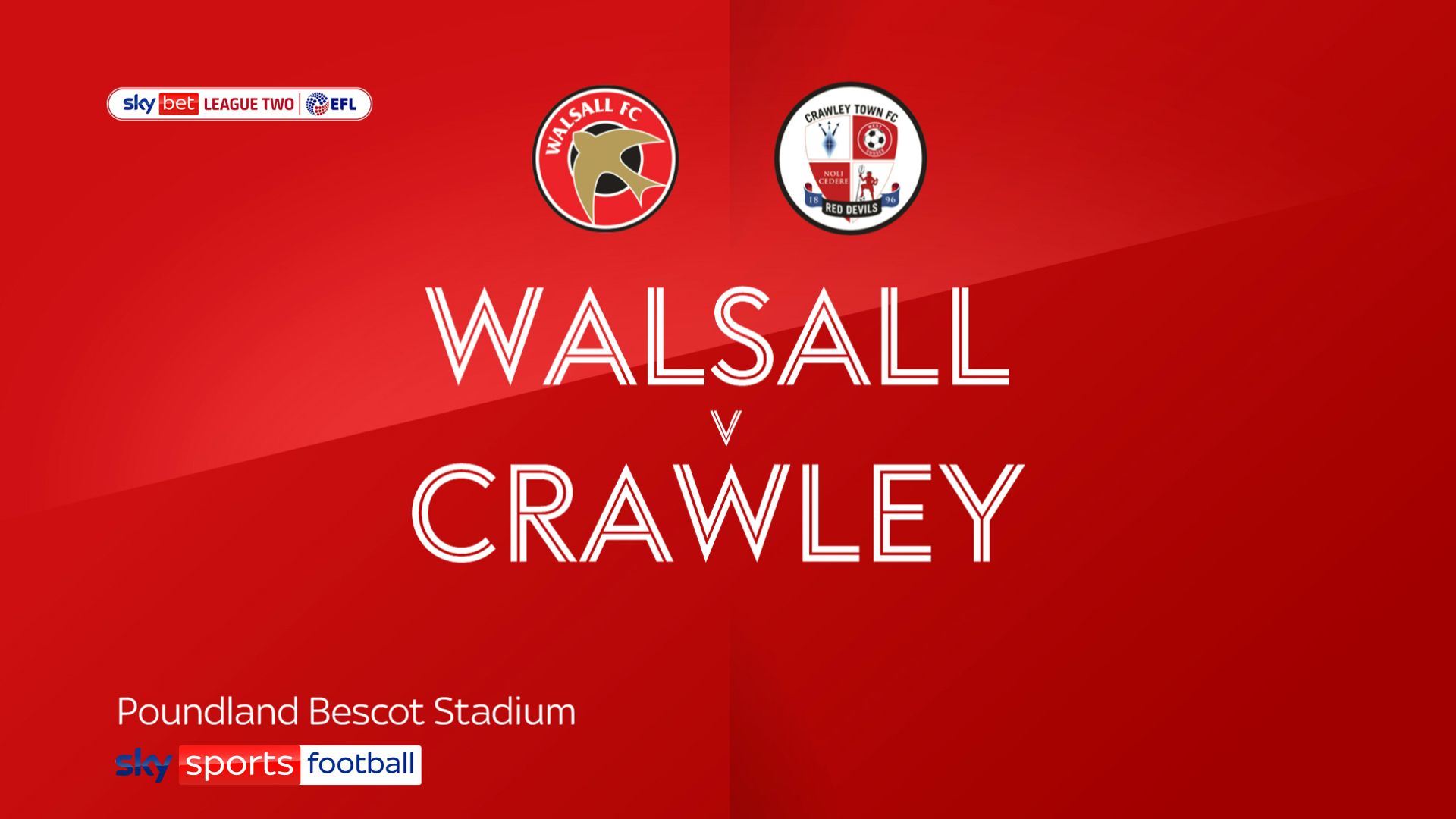 Danny Johnson scored a stoppage-time winner to give Walsall a 2-1 victory over 10-man Crawley.

But Johnson spun in the six-yard box to fire his 10th league goal of the season into the roof of the net and end Crawley’s unbeaten league run under caretaker Lewis Young.

Town went down to 10 men before half-time as Francillette, booked earlier for hauling down Knowles, saw a second yellow for a replica foul on Johnson.

He superbly denied Isaac Hutchinson’s header and Knowles’ overhead kick before Liam Gordon struck a post from an acute angle.

Nadesan curled wide a great chance to pinch the points for Crawley before Johnson popped up to earn Walsall a fifth straight home league win.