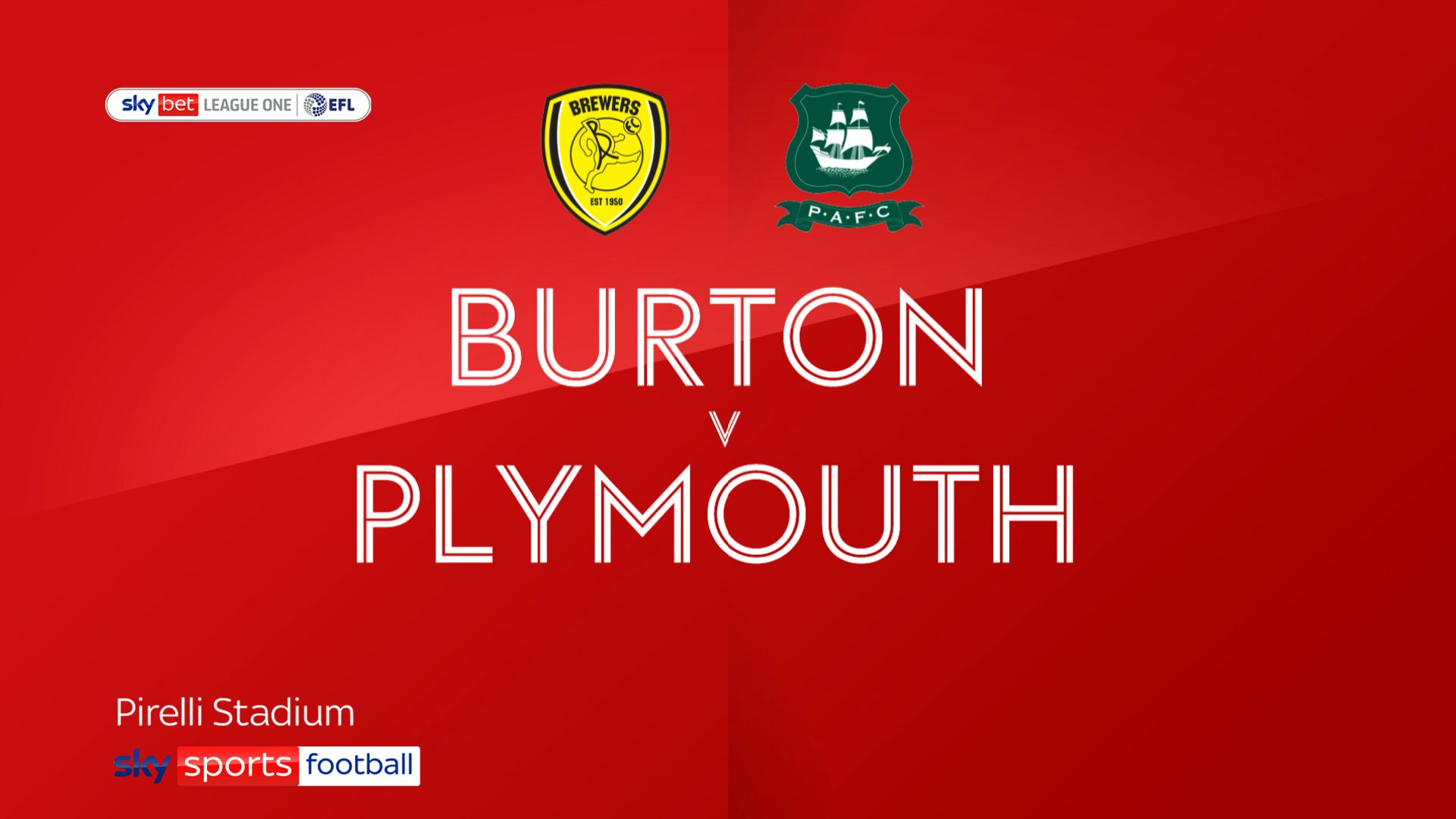 The former Watford and Crystal Palace defender headed home from close range seven minutes into added time after Argyle had come from behind to lead.

Lowly Burton warmed to their task with several set-pieces making life uncomfortable for the Plymouth defence.

Cameron Borthwick-Jackson fizzed a rising drive on the Argyle goal with a deflection taking the ball wide of the target.

Victor Adeboyejo stung the palms of Michael Cooper and – from the resulting throw-in – Albion struck.

Argyle’s strong start to the second half was rewarded when substitute Ryan Hardie fired home from the penalty spot after fellow replacement Niall Ennis had been fouled by Hamer.

Niall Ennis was the architect of the visitors’ second goal, with a slide-rule pass to pick out Bali Mumba, who finished unerringly into the top corner.

But just when Plymouth thought all three points were heading back to Devon, up popped Mariappa with his first Burton goal to salvage a deserved point as they moved up a spot to third-bottom.