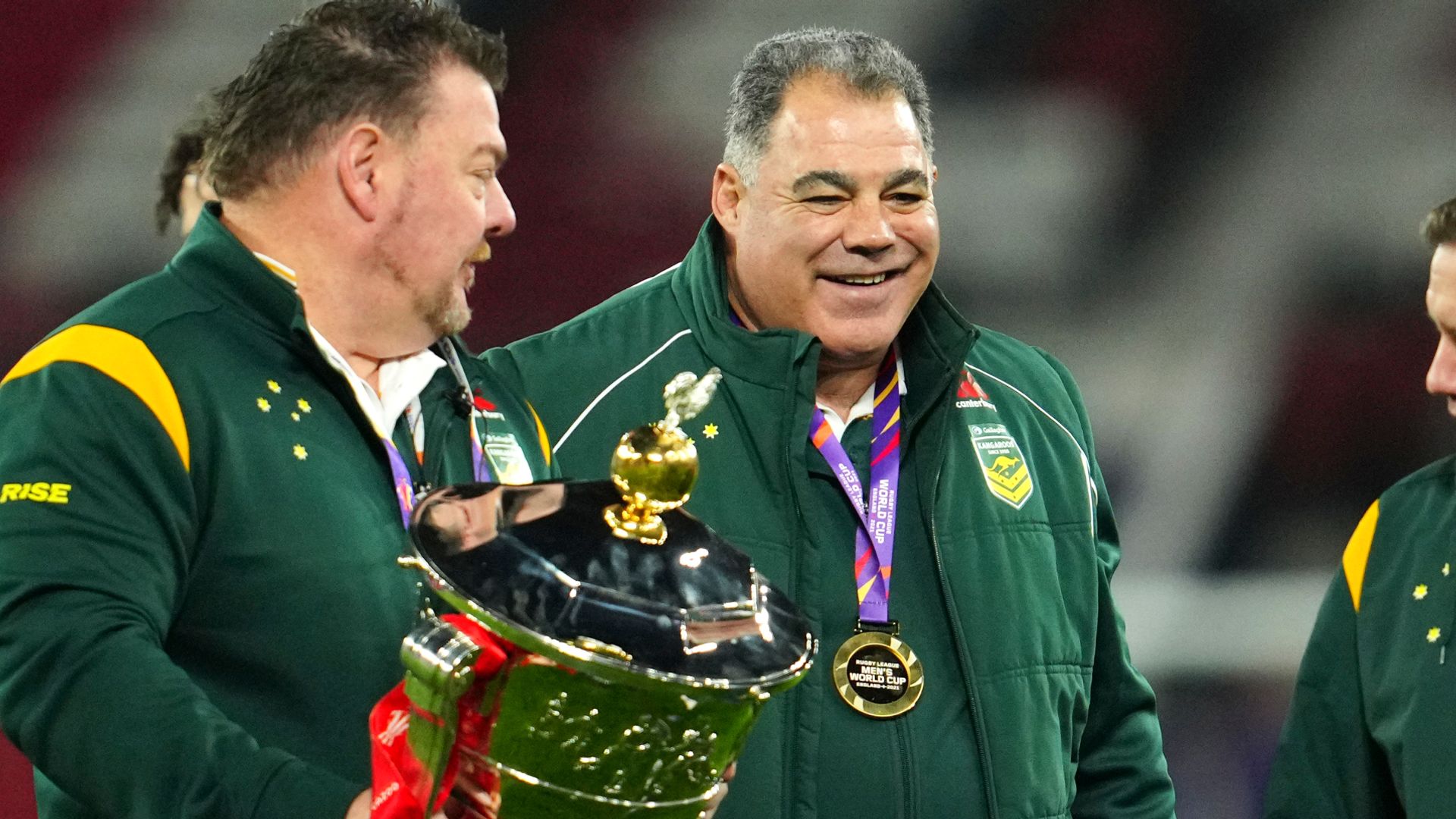 Australian head coach Mal Meninga wants to see rugby league seize the opportunity to put the international game at the forefront on the back of this World Cup; Samoa captain Junior Paulo is eager to see more opportunities for nations to play Tests outside of World Cups

By Marc Bazeley at Old Trafford

Mal Meninga has called on rugby league’s powerbrokers to ensure the international game is given the prominence it deserves after Australia claimed their 12th Rugby League World Cup.

The Kangaroos head coach was part of some of the great Australia teams of the past during his playing days and is now overseeing the current generation retaining their place as the undisputed kings of Test rugby after beating Samoa 30-10 in Saturday’s final at Old Trafford.

The emergence of first-time finalists Samoa and their Pacific rivals Tonga as forces on the international stage to challenge the traditional ‘big three’ of the Australians, New Zealand and England has shown there is potential for growth though.

Meninga was full of praise for the tournament as a whole, which featured 16 teams in the men’s competition for the first time in 22 years, and now wants governing body International Rugby League to ensure this does not prove another false dawn for the sport.

“Absolutely, but I’m in a position where I can say that,” Meninga said. “I’m coach of the World Cup winners and, like I’ve said many times – particularly in the last few days – where to from now?

“I thought the whole tournament was excellent, it was a great showpiece, and the final was great. It just shows where the international game is going to.

“To have Samoa in there is great for the international game and I’m looking forward to the decision-makers making a decision about where we go to.”

Australia did not have it all their own way in the final, being under pressure for much of the first 10 minutes and having to see out a period in the second half with Angus Crichton in the sin-bin for foul play which led to Samoa hooker Chanel Harris-Tavita forced from the field.

Those 10 minutes down to 12 men saw the Kangaroos score a converted try through Cameron Murray though and, ominously, Meninga believes that to be a sign of how there is still more to come from this team as they turn attention to defending their title in France in 2025.

“We handled it really well,” Meninga said. “That was probably our best 10 minutes of the game where defensively we were outstanding and that’s the nature of this footy team.

“This is only the beginning for this team, I can assure you; all of these guys are going to be together for the next three, four, five or six years. To score six points in that period as well was exceptional – that’s how good this footy team is.”

Samoa captain Junior Paulo echoed Meninga’s belief there needs to be more opportunities for international sides, particularly those outside of the traditional leading nations, to play in between World Cups.

The prop acknowledged it is difficult to find space around the NRL season and State of Origin in Australia, along with the Betfred Super League campaign on these shores, but is in no doubt a window needs to be found somewhere.

“Although we have a busy schedule throughout the year, I don’t know how to find a way, but we need to find a way to block these games out for international rugby league moving forward,” Paulo said.

“We’re seeing how much it means to everyone around the world and it’s certainly what this campaign has showcased. Although there have been blow-out scores, it’s only going to be better for the World Cup campaign we’re building towards.”

Although they had knocked out hosts England in the semi-finals the week before, Samoa a significant backing from the 67,502 crowd in Manchester for the final yet were unable to make the most of the chances they did create until Brian To’o and Stephen Crichton scored tries in the second half.

Head coach Matt Parish was left to rue those chances which went begging but was still full of pride for the way the team performed both in the final and throughout the entire World Cup.

“We probably didn’t take our chances like we should have but take nothing away from Australia because they’re a great team,” Parish said.

“We needed a lot of things to go right for us today, we were down to 19 players in the squad and blokes out of position or playing full halves. It was so courageous and they’re a great team.

“The result is disappointing, but not the effort or the commitment of these guys. I couldn’t prouder or happier with this group.”